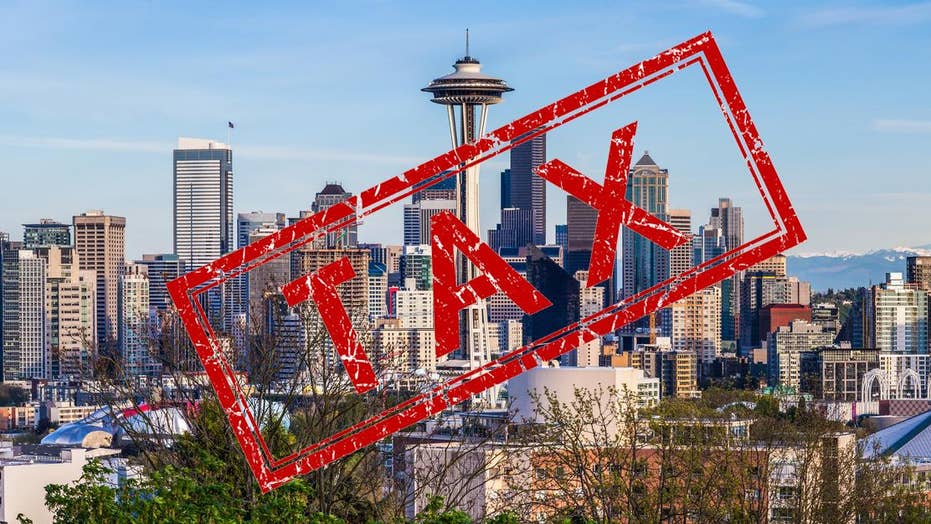 The city of Seattle is in a battle with residents over a controversial new income tax, and the spat says something significant about America’s public sector pension crisis.

Lawsuits filed by several groups against the city contend that the 2.25 per cent tax, passed in July by the city council, violates the constitution of Washington state—one of only seven states without a levy on incomes. Seattle officials, who say they need the tax to fund a range of programs, argue that the tax is legal.

Although the case is being portrayed in the media as a legal face-off, one underlying but rarely mentioned factor in Seattle’s search for more revenues is the city’s huge pension bill. Seattle’s retirement system, like those of many local governments, is woefully underfunded, and the added cost of trying to fix the system will consume big chunks of the city’s tax revenues in coming years, squeezing the budget.

That’s a reminder that these days, when we see local battles over tax increases, the growing cost of pensions is a key factor-- even when pensions aren’t explicitly mentioned.

Seattle’s retirement system, like those of many local governments, is woefully underfunded, and the added cost of trying to fix the system will consume big chunks of the city’s tax revenues in coming years, squeezing the budget.

Although Seattle’s budget has grown since 2012 from $4.2 billion to $5.3 billion, city leaders say they need even more revenue. And they want that money from the city’s higher income residents. Seattle’s new income tax, which is aimed at those earning $250,000 a year or more, would provide additional revenues for expanding homeless services, building more affordable housing, creating, “green” jobs, and reducing the city’s carbon emissions. Budget officials estimate that after administrative costs the tax would net the city about $130 million annually.

But looking over Seattle’s pension woes, what’s striking is how much tax money the underfunded system is already gobbling up, and how much more it will require. Like many cities and states, Seattle guaranteed its workers generous pensions based on optimistic assumptions that have proved faulty.

The stock market crash that began in late 2007 devastated the retirement system, robbing it of hundreds of millions of dollars in assets. Its debt subsequently soared from $175 million in 2008 to more than $1 billion two years later. Despite a 9-year bull market, the retirement system’s funding level has failed to rise significantly, and today it has only 68 percent of the money that it has  promised to workers.

A study earlier this year by Stanford University finance professor Joshua Rauh ranked Seattle as having the ninth worst funded system among the nation’s 40 largest cities. Though Seattle says that today it owes about $1.2 billion, Rauh says the bill could be as high as $3.2 billion.

A decade ago Seattle contributed about $40 million a year to pensions, but the city has been forced to increase the amount over time and this year put $108 million into the system. And that tab will keep growing.

According to the retirement system’s own documents, over the next 10 years, just the cost of paying off the pension debt will consume about $850 million in city revenues. That’s in addition to $570 million that the city will also spend to finance new pension credits that workers will be earning.

Even that won’t be enough. Based on the city’s own calculations it will take Seattle until 2042 to retire its current pension debt. And that is contingent on the pension system achieving an annual average investment return of 7.5 percent with the money it already has. If the retirement system fails to hit that number, the cost of fully funding the system will rise even higher.

In other words, the price tag for fixing Seattle’s pension system will grow so rapidly that it may soon be consuming much of the proposed new tax increase—if it ever goes into effect.  The money spent on paying off that debt represents resources that could have funded a whole menu of worthwhile services or programs and could have made much of the wealth tax that Seattle is now trying to institute unnecessary.

What’s really troubling is that Seattle is not alone. On average, our state pension systems are only about 73 percent funded, even after a long bull market. Many of our largest cities are similarly underfunded.

As a result, states and cities are spending tens of billions of dollars every year in taxpayer money just to pay off this debt, and will have to continue doing so for years to come.  That money is disappearing into pension systems at a time when our local governments are also struggling to find revenue to invest in roads and bridges, in schools, and to respond to crises like the opioid epidemic.

That’s why these days when you hear debates about the need to raise taxes and you wonder where the money is all going, remember the local government pension crisis.

Steven Malanga is the George M. Yeager Fellow at the Manhattan Institute for Policy Research and senior editor of City Journal.