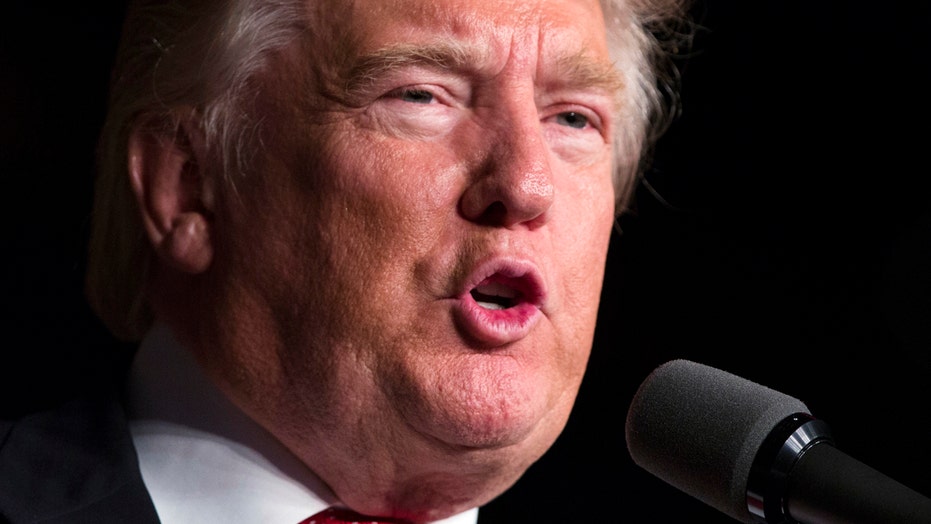 The media was hysterical.  According to Martha Raddatz, host of ABC News’ “This Week”: “The message sounds a lot like a threat or encouraging violence.”  On NBC’s Meet the Press, Chuck Todd claimed: “Trump again raised the specter of violence against Hillary Clinton.”  Over the weekend, news show after news show made similar claims.

So what was Donald Trump’s supposedly threatening statement?

Trump’s point is simple: It's the height of hypocrisy for elites to employ armed guards (or live in super-safe neighborhoods / gated communities / doorman buildings) and then demand the disarmament of law-abiding people living in much more dangerous areas.

Trump’s comment was obviously rhetorical.  He was not actually advocating that her bodyguards be disarmed.  He was pointing out that doing so would be absurd and “very dangerous.”

By making Americans consider Clinton’s need for security, he is making the point that Americans should by extension have a right to their own (personal) armed security.

Clinton, who would never want to give up her bodyguards, obviously understands that guns make her safer.  Wealthy gun control advocates such as Michael Bloomberg also want guns for their own protection.  Bloomberg even provides armed bodyguards for the executives at Everytown for Guns Safety and Mom’s Demand Action, two of his organizations.

Even Justice Stephen Breyer, one of the strongest gun control advocates on the Supreme Court, relies on guns for protection. In 2012, after being robbed in Washington, DC for the second time in three months, he demanded that armed police protection be provided for him at taxpayer expense.  Yet, he has argued that there is not an individual right to self-defense, let alone a right to use a gun for defense.

Trump’s point is simple: It's the height of hypocrisy for elites to employ armed guards (or live in super-safe neighborhoods / gated communities / doorman buildings) and then demand the disarmament of law-abiding people living in much more dangerous areas.

It is about time that someone stood up for the everyday citizens who fear for themselves and their families. Unlike armed guards, the police simply can’t be relied on for protection.

Clinton keeps pushing for background checks on private transfers of guns.  She never mentions that virtually all of the 2.4 million “initial denials” have been mistakes — cases of law-abiding citizens having similar names to prohibited individuals.  Nor does she mention that blacks and Hispanics are disproportionately affected by these mistakes.

Instead of fixing this broken system, the Obama administration has instead pulled everyone off of checking for mistakes.  It is difficult to appeal denials without the help of a lawyer, and few poor minorities can afford to pay thousands of dollars in legal fees.

Gun buyers and sellers are also stuck with all of the fees for background checks. In New York City and D.C., the fee for privately transferring a gun is at least $125.  In Washington state and Oregon, the costs of transferring a gun are about $60 and $55, respectively.

Bloomberg and Clinton will still have world-class security, but these costs may make the difference for a poor black who wants to defend his family.

Trump is also right that Clinton is opposed to the Second Amendment.  Hillary Clinton has vowed to appoint Supreme Court Justices who would overturn the Heller and MacDonald decisions. This clearly means that government would again have the power to ban guns.

Until 2008, a handgun ban was in effect in Washington, D.C.  It was also a felony to put a bullet in the chamber of a gun.  In effect, these laws constituted a complete ban on guns. The Supreme Court struck down these laws in District of Columbia v. Heller.

In June, Clinton told ABC’s George Stephanopoulos: “I think that for most of our history, there was a nuanced reading of the Second Amendment until the decision by the late Justice Scalia and there was no argument until then that localities and states and the federal government had a right, as we do with every amendment, to impose reasonable regulation.”

Hillary Clinton keeps pushing regulations that will primarily disarm the most vulnerable people in our society -- poor minorities who live in high crime areas.  Even the media must understand the obvious: self-protection isn’t just for the rich and powerful.