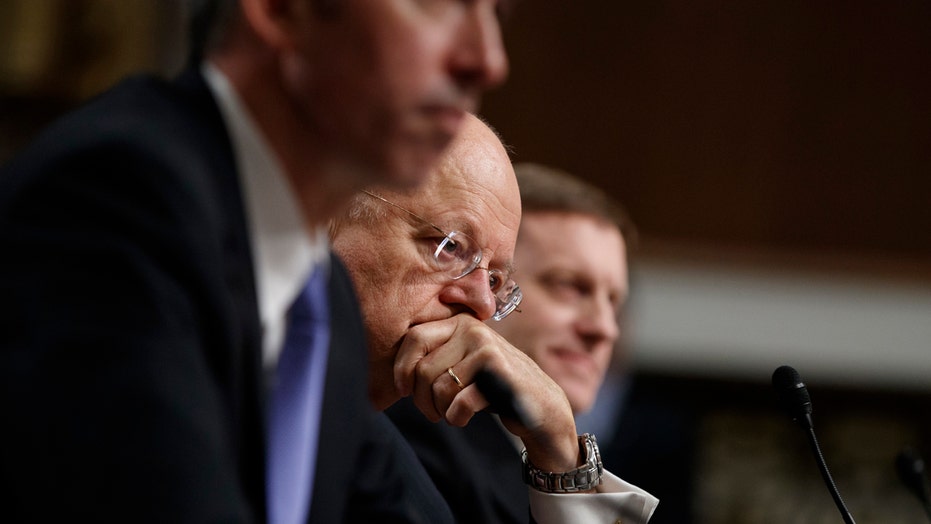 DNI stands by conclusion that Russia was behind election hack

Friday night, during her last show on Fox News, Megyn Kelly asked former House Intelligence Committee Chairman Pete Hoekstra whether he accepted the conclusion by 17 intelligence agencies in a recently released declassified report that Russia interfered in the 2016 presidential election and that this interference came at the direction of Russian President Vladimir Putin.

Hoekstra gave an answer many viewers of "The Kelly File" did not anticipate. He noted that the declassified report represents the views of only three intelligence agencies, not seventeen. Hoekstra also questioned why the Department of Homeland Security (DHS) and the Defense Intelligence Agency (DIA) did not co-author or clear the report and why it lacked dissenting views.

The declassified report issued on January 6 is an abridged version of a longer report ordered by President Obama that concluded Russian President Vladimir Putin ordered a campaign to undermine the 2016 president election, hurt Hillary’s candidacy and promote Donald Trump through cyber warfare, social media and the state-owned Russia cable channel RT. Although the report’s authors said they have high confidence in most of these conclusions, they were unable to include any evidence for classification reasons.

As someone who worked in the intelligence field for 25 years, I share Congressman Hoekstra’s concerns about Friday’s declassified Russia report and a similar Joint DHS and ODNI Election Security Statement released by the Office of the Director of National Intelligence (ODNI) and DHS on October 7, 2016.

I also suspect the entire purpose of this report and its timing was to provide President Obama with a supposedly objective intelligence report on Russian interference in the 2016 election that the president could release before he left office to undermine the legitimacy of Trump’s election.

I am concerned both intelligence assessments were rigged for political purposes.

You may remember when Hillary Clinton claimed during the final presidential debate on October 19 that based on the October 7 ODNI/DHS statement, all 17 U.S. intelligence agencies had determined the WikiLeaks disclosures of Democratic emails were an effort by Russia to interfere with the election.

Clinton’s remark was not accurate. Although the October memo said “the U.S. Intelligence Community” was confident that the Russian government was behind the alleged hacking, the October memo was drafted by only two intelligence organizations – ODNI and DHS.

Since it came out only a month before the presidential election and was co-authored by only two intelligence agencies, the October memo looked like a clumsy attempt by the Obama White House to produce a document to boost Clinton’s reelection chances.  Its argumentation was very weak since it said the alleged hacking of Democratic emails was “consistent with the methods and motivations of Russian-directed efforts” but did not say there was any evidence of Russian involvement.

Friday’s declassified intelligence report on Russia hacking is even more suspicious.  As Congressman Hoekstra noted, this report was drafted and cleared by only three intelligence agencies, not 17.  DHS, which co-authored the October statement, added a brief tick to the new report, but did not clear it.  The Office of Director of National Intelligence, which co-authored the October memo, did not draft or clear Friday’s report, nor did other members of the U.S Intelligence Community with important equities in this issue such as DIA and the State Department’s Intelligence and Research Bureau (INR).

Given how politically radioactive the issue of Russian interference in the U.S. presidential election has become, why wasn’t the January 6 Russia report an intelligence community-coordinated assessment?  Why were several important intelligence agencies and their experts excluded?

It also is important, as Hoekstra indicated in his Fox News interview, that intelligence community assessments on extremely controversial issues include dissenting views, such as those added by INR to the 2002 National Intelligence Estimate on Iraq’s WMD program.  A declassified version of this estimate was released in 2002 that included INR’s dissent.

The content of the declassified report was underwhelming. Although the report made serious accusations of Russian interference in the election, it did not back them up with evidence. And, as Hoekstra also noted in his Fox News interview, the report made some dubious arguments that Russia succeeded in influencing the election using its RT cable channel, a Russian propaganda tool that is only taken seriously in the United States by the far left.

It’s also troubling that the unclassified report does not mention the extremely weak internet security of Clinton’s private email server, the Democratic National Committee and Clinton campaign chief John Podesta. This makes it impossible to determine whether the alleged hacking and leaking of Democratic emails was more Russia and other hostile actors exploiting this carelessness rather than a deliberate and robust Russian operation to interfere with the election.

This is not to say the new CIA/NSA/FBI report is without value.  I believe the classified report probably includes solid evidence on the intensive and broad-based cyber warfare efforts that Russia, China and other states have been conducting against the United States for the last eight years that President Obama has ignored.

I am encouraged that President-elect Trump responded to this report by stating that will take aggressive action against cyber warfare against the United States in the early days of his administration.

At the same time, I believe President-elect Trump and his team are justified in questioning the January 6 report as politically motivated.

I am concerned that the exclusion of key intelligence players and the lack of dissenting views give the appearance that the conclusions of this report were pre-cooked.

I also suspect the entire purpose of this report and its timing was to provide President Obama with a supposedly objective intelligence report on Russian interference in the 2016 election that the president could release before he left office to undermine the legitimacy of Trump’s election.

Adding to the Trump team’s concerns that intelligence agencies were playing political games over possible Russian interference in the election, is the fact that at the same time these agencies were refusing to brief Congress about their findings on this issue, they were constantly being leaked to the news media. The most recent press leaks, some by intelligence officials, occurred this week on the classified contents of the new Russia report before they were briefed to Mr. Trump.

The new intelligence report on Russian interference in the 2016 presidential election broke so radically with the way objective and authoritative intelligence community assessments are supposed to be produced that it appears to have been rigged to support a pre-ordained set of conclusions to undermine President-elect Trump.   I believe the October 2016 memo and related developments support this unfortunate conclusion.

It is vital that the Trump administration and U.S. intelligence agencies move beyond this situation by working together to forge new policies to protect our nation against the many serious threats it faces, including radical Islam, cyber warfare, nuclear proliferation, Russia, China and other threats.

I am confident that over time, the outstanding men and women Trump has named to top national security posts will ensure that America’s intelligence agencies have Trump’s confidence and produce the hard hitting and objective intelligence he will need to defend our nation.