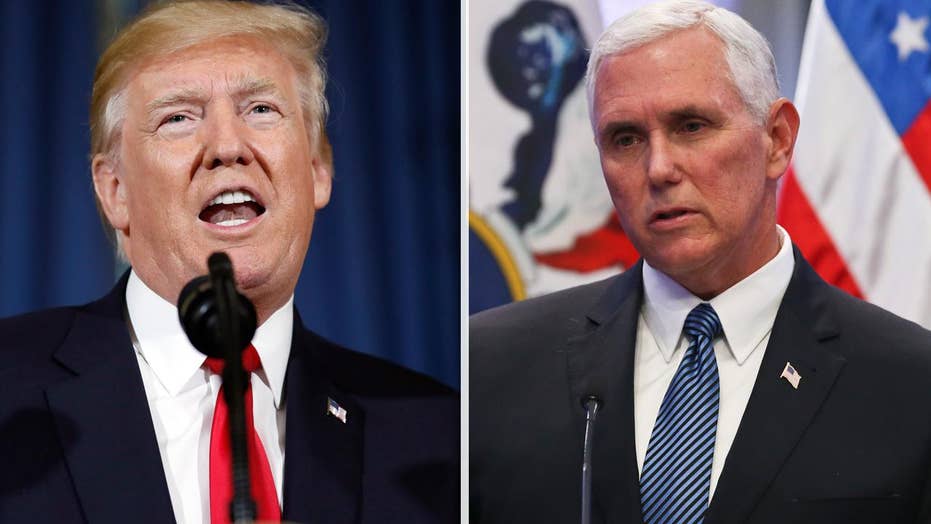 The White House wants to strengthen America's anti-terrorism defenses. So it's calling on a new set of special agents: veterinarians.

Veterinarians don't come to mind when most people think of national security. But they play a vital role in protecting the U.S. food supply from bioterror attacks. If terrorists engineered plagues to wipe out crops, or weaponized animal-borne diseases like avian flu, they could cause untold human and economic suffering.

A recent Department of Agriculture report warns that America remains vulnerable to such attacks.  To prevent them, President Trump just signed a bill giving additional powers and resources to the Department of Homeland Security.  Recognizing that "animal, plant and human health are inextricably linked," DHS plans to train more public-health veterinarians and build a $1 billion lab to research animal-borne diseases.

That's a wise move. For decades, veterinarians have worked -- often behind the scenes -- to contain deadly animal-borne diseases. Training more veterinarians would save lives and safeguard the economy.

Three-quarters of newly emerging human diseases can be traced back to animals.  Veterinarians have an impressive track record of identifying and mitigating these zoonotic diseases.

Consider Tracy McNamara -- the veterinary pathologist who identified the first case of West Nile Virus in the Western Hemisphere.

Back in 1999, several older New Yorkers passed away unexpectedly. Meanwhile, many wild New York City birds died, as well as birds at the Bronx Zoo where Dr. McNamara worked. After analyzing the humans' blood samples, the Centers for Disease Control and Prevention announced the cause of death to be a fairly well-known brain infection called St. Louis encephalitis, which can spread from birds to mosquitos to humans. Case closed.

But McNamara thought differently. She noticed that the dying birds didn't show any signs of encephalitis. She started investigating and sampling the dead birds. Testing the samples at federal laboratories revealed that the disease was actually West Nile.

In 2012, University of California veterinary experts in Bolivia discovered that a deadly type of mosquito-borne yellow fever was behind the death of five howler monkeys. They alerted the Bolivian government, which immediately launched a campaign to vaccinate locals and control the mosquitos. Thanks to this quick response, no humans were infected.

Right now, in Illinois, veterinarians and other researchers are studying an outbreak of Seoul virus -- a disease transmitted by rats that can severely damage humans' kidneys.

Veterinarians don't just protect us against diseases carried by wildlife. Every time Americans safely chomp down on a cheeseburger, they can thank the veterinarians who monitor food supply systems, track potential threats, and develop safety protocols.

A group of Iowa veterinarians, for example, is currently testing ways to monitor how medications metabolize through pigs' bodies to ensure their meat is safe for human consumption.  Another group of experts found that scanning cows' retinas can help identify mad cow disease nearly an entire year before they manifest clinical signs.

The Trump administration realizes how crucial veterinarians are in the public sector. In April, Dr. Sonny Perdue, the first veterinarian to serve in a Cabinet, was sworn in as secretary of the Department of Agriculture.

Despite the importance and increasing prominence of public health veterinarians, there are not enough of them to meet demand. The Department of Agriculture's Food Safety and Inspection Service has an 11 percent vacancy rate for veterinarians -- even though common food-borne illnesses are becoming more prevalent.  Between 2013 and 2016, food safety inspectors recorded a 21 percent increase in STEC, a dangerous Shiga toxin producing form of E. coli bacteria found in contaminated meat.  STEC alone causes 3,600 hospitalizations and 30 deaths annually in the United States.

The shortage exists, in part, because most veterinarians pursue careers in small-animal practice. Two-thirds of veterinarians exclusively treat dogs, cats, and other pets. Just seven percent work mostly with livestock.

So it's not enough to merely train more veterinarians. Leaders in the field must also encourage aspiring veterinarians to pursue public health roles.

Ross University School of Veterinary Medicine in St. Kitts and Nevis, where I teach public health, is doing just that. We're collaborating with Johns Hopkins Bloomberg School of Public Health -- one of the world's premiere public health institutions -- to enhance veterinarians' public health knowledge. As early as this year, Johns Hopkins students will be able to travel to the Caribbean for field projects, while our veterinary students will have the chance to pursue a Master of Public Health at The Bloomberg School.

Veterinarians are the behind-the-scenes protectors of America's food supply. But unless veterinary schools steer more graduates into public health roles, our country will become increasingly vulnerable to bioterror attacks and epidemics.

Christa A. Gallagher is an assistant professor of Public Health & Epidemiology at Ross University School of Veterinary Medicine.