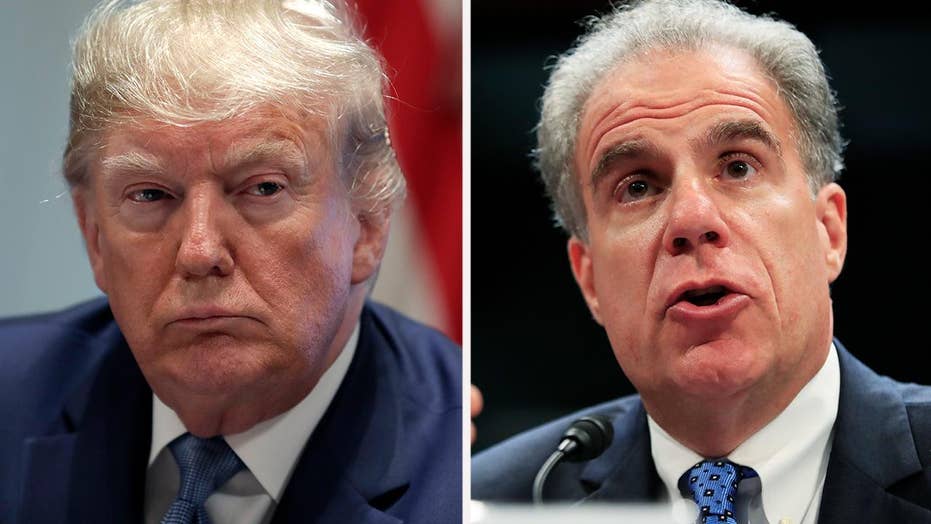 The press corps is portraying Monday's report by Justice Department Inspector General Michael Horowitz as absolution for the Federal Bureau of Investigation, but don't believe it. The report relates a trail of terrible judgment and violations of process that should shock Americans who thought better of their premier law-enforcement agency.

Readers can look at the detailed executive summary and decide for themselves. But our own initial reading confirms the worst of what we feared about the bureau when it was run by James Comey. The FBI corrupted the secret court process for obtaining warrants to spy on former Trump aide Carter Page. And it did so by supplying the court with false information produced by Christopher Steele, an agent of the Hillary Clinton campaign.

How can anyone, most of all civil libertarians, pass this off as no big deal? The absolution is supposedly that Mr. Horowitz concludes that the FBI decision to open a counter-intelligence probe against the Trump campaign in July 2016 "was sufficient to predicate the investigation" under current FBI rules.

Yet Mr. Horowitz also notes that these rules amount to a "low threshold for predication." John Durham, the U.S. Attorney investigating these matters for Attorney General William Barr, said Monday he disagrees with Mr. Horowitz's conclusions on predication, albeit without elaboration for now.

Mr. Horowitz confirms what the FBI had already leaked to friendly reporters, which is that the bureau's alarm in July 2016 was triggered by a conversation that former Trump aide George Papadopoulos had with Australian Alexander Downer. But we learn for the first time that the FBI immediately ramped up its counter-intelligence probe to include four Trump campaign officials: Messrs. Page and Papadopoulos, then campaign chairman Paul Manafort, and former head of the Defense Intelligence Agency Michael Flynn.

The bureau quickly moved to a full-scale investigation it called Crossfire Hurricane. The FBI's justification, as related to Mr. Horowitz, is that the risk of Russian disruption of the 2016 election was too great to ignore.

Yet the bureau never told anyone in the Trump campaign, or even Donald Trump, whom or what it was investigating so he could reduce the danger or distance himself from those advisers. The FBI was investigating the campaign but wouldn't tell the candidate who would soon be elected.