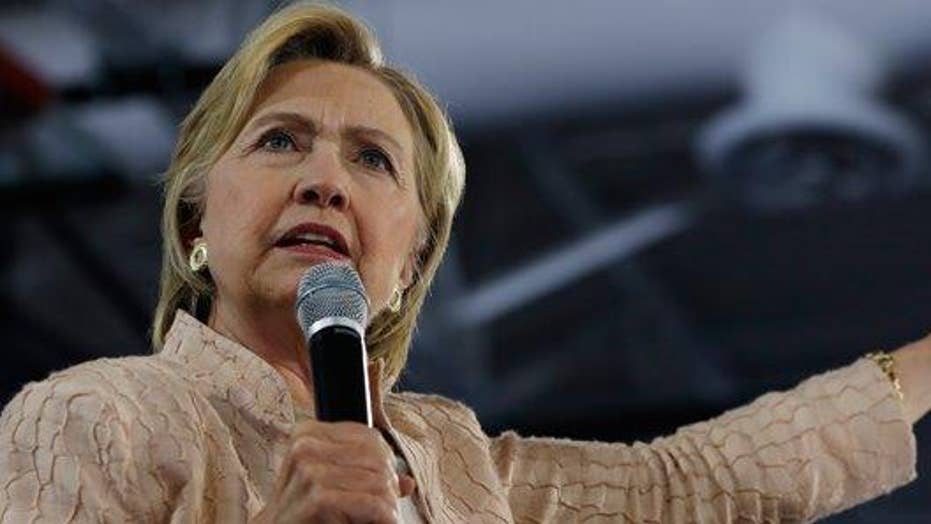 Should Hillary Clinton's health be of concern?

Strategy Room: Ellen Ratner and Tom Basile discuss Donald Trump slamming Hillary Clinton for not being 'fit to serve' as president of the United States and how her health may be a determining factor

I have always been an unabashedly proud capitalist. I admire and encourage an entrepreneurial spirit which leads to wealth in the greatest nation on earth. But what is all the money in the world worth when you're in poor physical health?

I got a call this week from a well-known physician who believes Hillary's falls and her history of head trauma could represent a serious medical condition known as normal pressure hydrocephalus (NPH).

Of course, no physician can make a diagnosis such as NPH without an exam, an MRI, and a spinal tap but this surgeon feels Hillary's history of head trauma and continued balance problems are worth looking into.

In December of 2012, several outlets reported that Hillary Clinton had a significant medical complications from a concussion the month before. Hillary was diagnosed with a transverse sinus thrombosis or blood clot deep in her brain that led to a paralysis of her eye muscles.

When she testified before the Senate Foreign Relations Committee in January of 2013 she was wearing unusual, very thick glasses.  The glasses were thick because of special prisms attached to the glasses to temporarily correct her paralyzed eye muscles.

For several months, Hillary took a powerful anti-coagulant to thin her blood and dissolve the deep brain clot.  Most people respond from this condition without permanent brain damage.

However, some elderly patients turn up with a complication known as normal pressure hydrocephalus which is characterized by balance problems and urinary incontinence.

The National Institute of Health describes  "Normal pressure hydrocephalus (NPH) as an abnormal buildup of cerebrospinal fluid in the brain's ventricles, or cavities. It occurs if the normal flow of cerebrospinal fluid throughout the brain and spinal cord is blocked in some way. This causes the ventricles to enlarge, putting pressure on the brain. It may result from a subarachnoid hemorrhage, head trauma, infection, tumor, or complications of surgery."

An even scarier condition can emerge if NPH is left untreated, it could lead to forms of Dementia! My physician source is quick to point out that without further medical testing, it is unknown if Hillary has this condition.

The American people do have a right to know the health of someone they are putting in charge of the nuclear codes. Where are all the liberals who called for John McCain, Bob Dole and Ronald Reagan to be examined and release their medical records? Have we forgotten the slights against Bernie Sander's age by some in the media?

We know the Clintons lie for a living, from Whitewater to Lewinsky and from Benghazi to classified emails. Why should we take Hillary at her word now?

I’m no doctor and I truly hope she is healthy but I believe the American people deserve to have Ms. Clinton’s full medical records open for examination. Mr. Trump should do the same.

Hillary should do the right thing and release her medical records. Why hide them if they are clean? On Election Day some will ask - Is Hillary Clinton healthy? The answer depends upon what the meaning of the word 'is' is.