Having traveled the world leading medical mission trips, I have never seen a larger, more efficient and impactful humanitarian rescue than what I and nine fellow U.S. senators witnessed at the Ukraine-Poland border. These efforts are driven by the outpouring of love and compassion from the entire nation of Poland.

First and foremost, the basics of human dignity and the base of Maslow’s pyramid: shelter, warmth, food, water and a place for the weary to rest their heads were respectfully provided. Additionally, by opening up their homes, delivering health care, and arranging transportation to their next destination the Poles were giving hope and guidance to those so desperate for help. In fact, over half of the Poles have welcomed fleeing Ukrainians into their homes.

Just miles away, these refugees experienced the worst of humanity. All the refugees we met, mostly moms and young children, told stories of war-torn homes and communities. They shared accounts of the deafening sounds of bombing, the never-ending ring of air raid sirens, and cries of their frightened children.

Tears ran down their faces as they wondered about their brave husbands who vowed to fight for freedom and to defend what was left of their homeland. Their voices cracked and became faint as they mourned for parents and grandparents too feeble to make the dangerous trek. It was clear they longed to go back to their home but mostly, they longed for peace.

At a refugee center in Poland, Sen. Marshall comforts Katarina, a proud Ukrainian who said she wants her country back, wants to go home, but most of all wants peace. (Sen. Roger Marshall’s office)

One in four Ukrainians had their home destroyed by a war criminal – Vladimir Putin. Nearly 10 million Ukrainians are now refugees – roughly six and a half million still nomads in their own country while the rest have completely fled to neighboring nations.

At the Polish refugee camp we visited – about 2.5 miles from the Ukrainian border – over 800,000 people have been processed, fed and assisted in reaching another location. Thanks to the orchestrated efforts of the Poles, most refugees only stay for a few days until transportation is arranged for their next destination, often heading to relatives or fellow countrymen in nearby countries.

My trust and confidence in Ukraine’s neighboring nations was not the only thing confirmed and bolstered on this trip.

In addition to the Poles’ heroic efforts, we saw the ground-shaking actions of the Germans who, with a $100 billion addition to their military budget this year, will now meet their NATO pledge of committing more than 2% of their GDP towards defense. As the economic leader of the EU, and fourth-largest economy in the world, this was a shot heard around the world.

We met with leaders from the German parliament – their commitment to help Ukrainians was evident. This staunch commitment will create a renaissance of transatlantic relationships and inspire freedom-loving nations to follow in their footsteps in making the world a safer place. 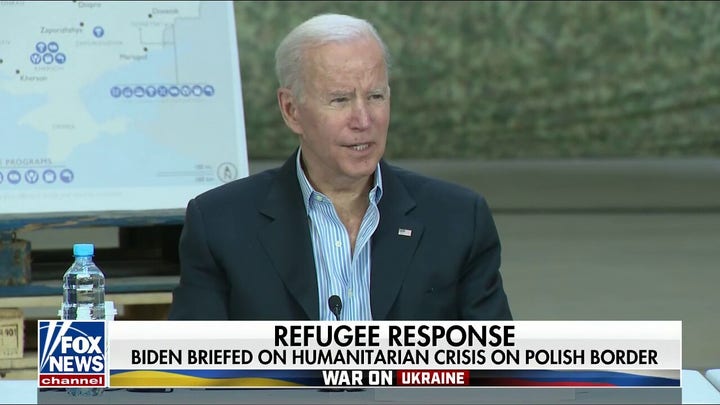 My trust and confidence in Ukraine’s neighboring nations was not the only thing confirmed and bolstered on this trip. Our own military’s strength and presence in Europe is evident. With over 100,000 American troops in the European theater, and having spent decades of training with our NATO partners, I’m confident in NATO’s ability to contain the madman that is Vladimir Putin.

America should be proud of our military – they are doing incredible work to assure allies and deter Russian aggression against NATO. The U.S. military’s previous efforts to help train the Ukrainian military has been instrumental in their ability to hold off Russia’s advances. No doubt, this training increased Ukraine’s odds of success in having shot down Russian planes. Like American soldiers tell us over and over, we are grateful for what our allies have taught us and for the opportunity to train with their soldiers, as well as within these NATO nations’ borders.

Many have asked about Putin’s willingness to use nuclear or other weapons of mass destruction. While it’s impossible to predict the actions of a paranoid, over-confident warmonger, we cannot hesitate to do the right thing. And the right thing is to assist the brave Ukrainians in every way we can short of a direct American-Russian conflict.

Putin will not respond to rhetoric. He knows only actions. We must lead by encouraging the free world to isolate Russia, and encouraging our NATO allies to step up.

But, there is more we can do: all businesses around the world must immediately halt all business with Russia; President Biden must put an end to Russian imports and enforce all sanctions now; an international tribunal must immediately be formed, and war crime charges be drawn up against Putin and leaders of his military; Russian assets must be seized to rebuild Ukraine; all weapons requests from Ukraine must be honored immediately; and we must find a way to mass communicate to the people of Russia to expose Putin’s demonic actions.

To whom much is given, much will be required. The U.S. has been given so much. We are still the leader of the free world. We need to start acting like it.