An ancient habit of Western elites is a certain selectivity in condemnation.

Sometimes Westerners apply critical standards to the West that they would never apply to other nations.

My colleague at the Hoover Institution, historian Niall Ferguson, has pointed out that Swedish green-teen celebrity Greta Thunberg might be more effective in her advocacy for reducing carbon emissions by redirecting her animus. Instead of hectoring Europeans and Americans, who have recently achieved the planet’s most dramatic drops in the use of fossil fuels, Thunberg might instead turn her attention to China and India to offer her “how dare you” complaints to get their leaders to curb carbon emissions.

Whether the world continues to spew dangerous levels of carbons will depend largely on policies in China and India. After all, these two countries account for over a third of the global population and continue to grow their coal-based industries.

In the late 1950s, many elites in the United States bought the Soviet Union line that the march of global communism would “bury” the West. Then, as Soviet power eroded in the 1980s, Japan Inc. and its ascendant model of state-sponsored industry became the preferred alternative to Western-style democratic capitalism.

Once Japan’s economy ossified, the new utopia of the 1990s was supposedly the emerging European Union. Americans were supposed to be awed that the euro gained ground on the dollar. Europe’s borderless democratic socialism and its “soft power” were declared preferable to the reactionary U.S.

By 2015, the EU was a mess, so China was preordained as the inevitable global superpower. American intellectuals pointed to its high-speed rail transportation, solar industries and gleaming airports, in contrast to the hollowed-out and grubby American heartland. 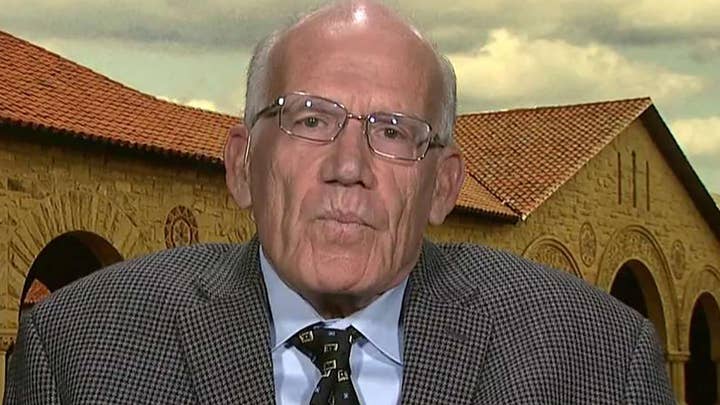 Now the curtain has been pulled back on the interior rot of the Chinese Communist Party, its gulag-like re-education camps, its systematic mercantile cheating, its Orwellian surveillance apparatus, its serial public health crises and its primitive hinterland infrastructure.

After the calcification of the Soviet Union, Japan Inc., the EU and the Chinese superpower, no one quite knows which alternative will next supposedly bury America.

The U.S. and Europe are often quite critical of violence against women, minorities and gays. The European Union, for example, has often singled out Israel for its supposed mistreatment of Palestinians on the West Bank.

After the calcification of the Soviet Union, Japan Inc., the EU and the Chinese superpower, no one quite knows which alternative will next supposedly bury America.

Yet if the purpose of Western human rights activism is to curb global bias and hate, then it would be far more cost-effective to concentrate on the greatest offenders.

China is currently detaining about a million Muslim Uighurs in re-education camps. Yet activist groups aren’t calling for divestment, boycotts and sanctions against Beijing in the same way they target Israel.

Homosexuality is a capital crime in Iran. Scores of Iranian gays reportedly have been incarcerated and thousands executed under theocratic law since the fall of the Shah in 1979. Yet rarely do Western activist groups call for global ostracism of Iran.

Don’t look to the United Nations Human Rights Council for any meaningful condemnation of worldwide prejudice and hatred, although it is a frequent critic of both the U.S. and Israel.

There are many reasons for Westerners’ selective outrage and pessimism toward their own culture. Cowardice explains some of the asymmetry. Blasting tiny democratic Israel will not result in any retaliation. Taking on a powerful China or a murderous Iran could earn retribution.

Guilt also explains some of the selectivity. European nations are still blamed for 19th-century colonialism and imperialism. They will always seek absolution, as the citizens of former colonial and Third World nations act like perpetual victims — even well into the postmodern 21st century.

Western elites are perpetually aggrieved. But the next time they direct their lectures at a particular target, consider the source and motivation of their outrage.

Virtual-signaling is increasingly common. Western elites often harangue about misdemeanors when they cannot address felonies — a strange sort of psychological penance that excuses their impotence.

It is much easier for the city of Berkeley to ban clean-burning, U.S.-produced natural gas in newly constructed buildings than it is to outlaw far dirtier crude oil from Saudi Arabia. Currently, the sexist, homophobic, autocratic Saudis are the largest source of imported oil in California, sending the state some 100 million barrels per year, without which thousands of Berkeley motorists could not get to work. Apparently, outlawing clean, domestic natural gas allows one to justify importing unclean Saudi oil.

Western elites are perpetually aggrieved. But the next time they direct their lectures at a particular target, consider the source and motivation of their outrage.