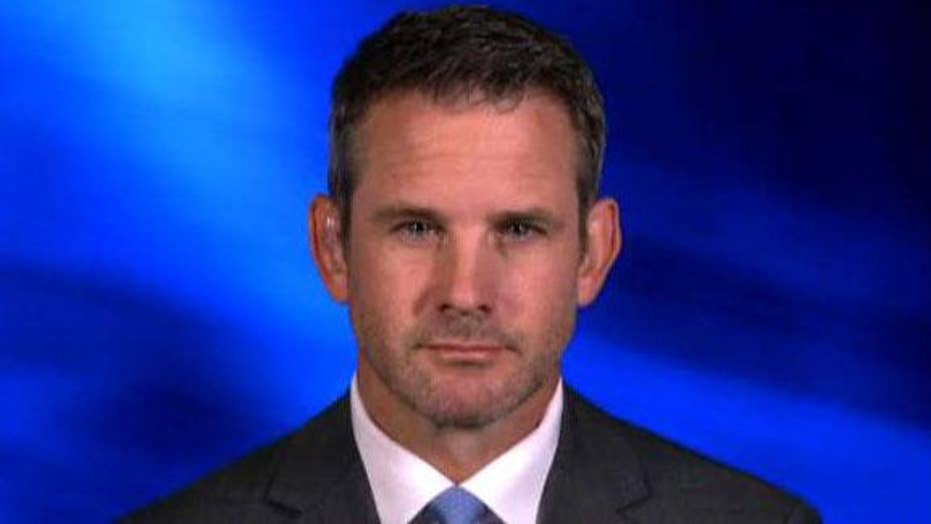 Illinois Republican Rep. Adam Kinzinger weighs in on what he hopes to accomplish when Congress returns to D.C. after the August recess.

The United States-Mexico-Canada Agreement (USMCA) will provide hardworking Americans new opportunities for market access and will give the United States an advantage against our global competitors. I urge Congress to work with the administration to secure this new, revamped trade deal for all Americans.

At a time when many of our exporting businesses are facing hardship, the USMCA will expand their access to critical markets into Mexico and Canada. Both of our neighbors purchase more U.S.-made goods than our next 10 trading partners combined. The USMCA will further foster this continental relationship, ensuring a future of long-term growth for American businesses.

In my home state of Missouri, agriculture is our number one industry. The USMCA is a big win for our farmers and ranchers solidifying beneficial trade arrangements with Mexico and breaking down current trade barriers with Canada. Canada, for example, will allow more of our milk into their country and begin to fairly price our wheat exports. Increasing trade with our most important partners will bring millions in new revenue to rural America, creating more well-paying jobs for Missouri and our country.

The USMCA will not only help American farmers, but it will also be a powerful tool in the national economic expansion we have experienced under the Trump administration. America’s small businesses, which create two-thirds of all new jobs in the United States and represent most American export companies, will be immensely benefited by the expanded markets brought on by the USMCA. Of Missouri's 6,008 exporting companies, 85 percent are small- and medium-sized businesses with less than 500 workers.

This agreement includes safeguards that will make it easier for small mom-and-pop businesses to search, register, and protect intellectual property through new and stronger protections for patents, copyrights, trademarks, and trade secrets. These new safeguards will protect American workers from being undermined by foreign companies and help level the playing field in the global market.

Nationwide, more than 2 million American manufacturing workers across 43,000 small and medium-sized businesses depend on access to the Canadian and Mexican markets for economic success. The agreement will ultimately deliver an additional $2.2 billion in economic activity within the United States, adding more than 176,000 new jobs to our economy.

Both Mexico and Canada have already begun their agreement processes, with Mexico agreeing to the USMCA this summer and Canada introducing the agreement to its parliament. Delaying the USMCA directly hinders American jobs and economic growth right here at home.

The USMCA is a good deal for American workers and American families, adding billions to our economy and thousands of new jobs. It is my hope that Congress will work together with President Trump to make sure this deal is passed. I look forward to working expeditiously to secure this new deal for Missouri and all Americans.

Rep. Vicky Hartzler, R-Mo., is a senior member of the House Armed Services and Agriculture committees. She also serves on the Congressional-Executive Commission on China.