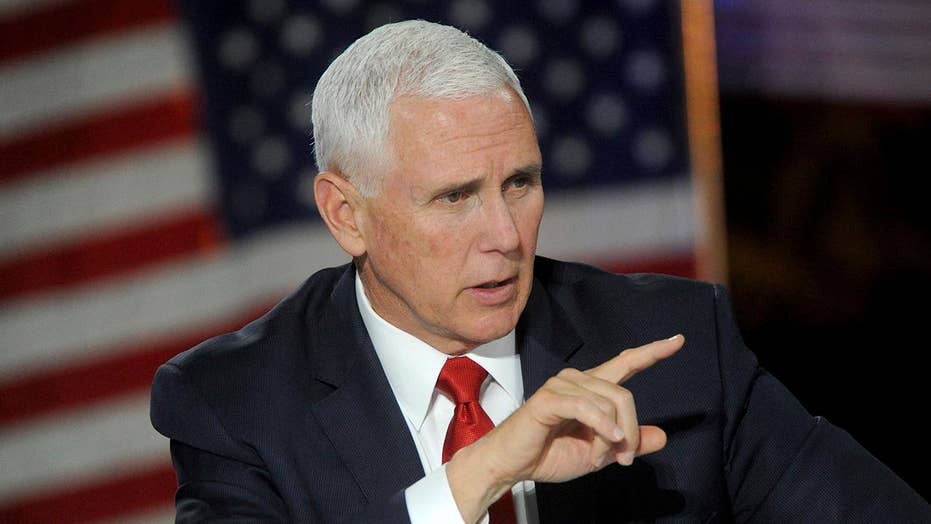 Last Thursday, the Washington Post published an editorial on President Trump’s bold new policy to return American astronauts to the moon in five years, which I announced last week in Huntsville. The president is committed to restore America’s legacy of leadership in space, and the Editorial Board is to be commended for giving this new policy the attention it deserves. But the suggestion that our administration has been neither “thoughtful about the space program’s goals” nor “honest about the costs” is false and needs to be corrected.

For much of the 46 years since Americans last walked on the moon, NASA’s exploration mission has remained in low Earth orbit with our astronauts stuck close to home. But in 2017, the president directed NASA with a clear mission and bold objective: Return to the moon for “long-term exploration and use” – not just to “plant our flag and leave our footprint,” but to “establish a foundation for an eventual mission to Mars.”

NEWT GINGRICH: US ASTRONAUTS WILL LAND ON THE MOON AGAIN -- HERE'S HOW BEST TO DO IT

Landing astronauts at the moon’s South Pole and establishing a permanent lunar presence would prove anew the technological prowess and courage of the American people. So too would it propel groundbreaking scientific discoveries. Lunar science and human exploration are complementary, which is why much of the planetary science community supports the president’s bold new plan. The nation that leads the world back to the moon will lead the world in science and technology for generations.

Nor must we choose between sending either robots or astronauts. NASA’s robotic prospector missions will help teach us to extract the oxygen and hydrogen we need to survive on the moon and launch expeditions to Mars. This will reduce the need to resupply from Earth and make exploration more sustainable than ever. Pursuing robotic and crewed missions simultaneously, we will use ambitious deadlines as tools to drive clear priorities and avoid costly delays.

The Washington Post’s suggestion that our administration has been neither “thoughtful about the space program’s goals” nor “honest about the costs” is false and needs to be corrected.

Regarding costs, last year, working with congressional appropriators from both parties, the president fully funded two of NASA’s key capabilities for deep space exploration: the Space Launch System and Orion crew vehicle. As I said in Huntsville, “President Trump knows that meeting this challenge will require a great national investment of time, talent, and resources” – and “we’re going to continue to work with leaders in Congress” to provide “NASA the resources they need to meet to the goal” of reaching the moon within five years.

At the president’s direction, federal regulators are modernizing out-of-date rules to unleash America’s innovative space companies. We are partnering with them to create new technologies to explore space farther, faster, and at a lower cost to the taxpayer. And to protect these vital investments in space, the president has taken executive action – and called on Congress – to establish the sixth branch of our Armed Forces: The United States Space Force.

The president believes that, to be worthy of our great nation, our space program must pursue great things, including, above all, being the first nation to send astronauts to the moon in the 21st Century. And our administration will do whatever it takes to succeed. If the Washington Post’s Editorial Board believes that sending the first woman or the next man to the moon is not worth the cost – or that there’s nothing to be gained – that would likely put it at odds with the vast majority of Americans who welcome the president’s commitment to renewed American leadership in human space exploration.