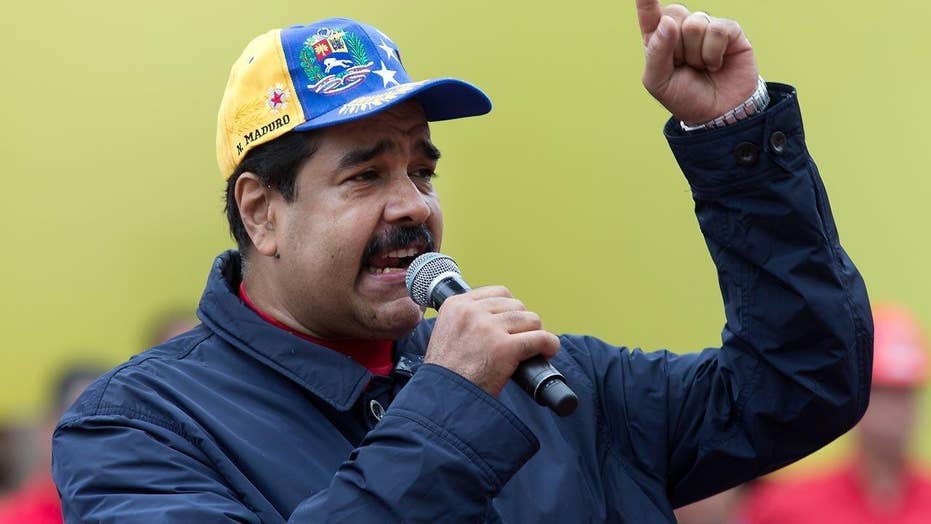 Maduro's power grip weakens amid risk of a coup d'etat

Here’s the legacy of Venezuela’s experiment with socialism: daily riots and protests that have resulted in at least 40 deaths in recent weeks at the hands of government security forces. Inflation estimated at 720 percent. Shortages of basic foods and medicines. An average weight loss among Venezuelans of 19 pounds, which had nothing to do with the South Beach diet. Newborn babies deposited in dresser drawers because hospitals have no beds. Zoo animals hunted down and butchered for food by the ravenous population.

Finally, this week, and only at the urging of the United States, the United Nations is considering the desperate situation in what was once South America’s most prosperous country, before socialism sank its fangs in, sucking the economy dry.

President Nicholas Maduro, a political stooge who assumed power after the death of the charismatic but egomaniacal Hugo Chavez, was forced earlier this year to ask the U.N. for emergency aid, an admission of his inability to keep his people fed and secure. And to show what a powerful institution it is, the U.N. took away Venezuela’s vote in the General Assembly because it could not pay its dues. Maduro must have been quaking with fear. When the Organization of American States criticized Maduro’s response to the unrest, he took decisive action – he pulled Venezuela out of the OAS.

Maduro’s response has been like that of the Emperor with no clothes. He blames his opponents for inciting violence. This from the man who – for now anyway – control the armed forces. The demonstrators have taken to hurling glass jars filled with feces, coined “poopatov cocktails”, at the troops. Not exactly a strategic balance of force.

A human rights monitoring group, Foro Penal, alleges that, perhaps in retaliation, political detainees in the western part of the country are forced to eat spaghetti with a sauce made of human waste.

The near-daily riots have turned deadly in recent weeks, as Maduro’s forces, propped up by Cuban security, resort to live ammunition against their fellow citizens. As my colleague at the Wall Street Journal Anatoly Kurmanaev reported this week from Caracas, the police are weary of killing their neighbors. Their support for Maduro – the only reason he is still in power – diminishes with each deadly demonstration.

“A lot of Venezuelans have become radicalized because they’re desperate,” Kurmanaev told me. “There’s no going back to how things were two months ago. Something is going to change. This is the final chapter of Venezuelan history, one way or another. Either Maduro will cement his rule by dictatorship, or there’ll be some kind of transitional government.  It can’t continue like this.”

For many aggrieved Venezuelans, that choice is an easy one.