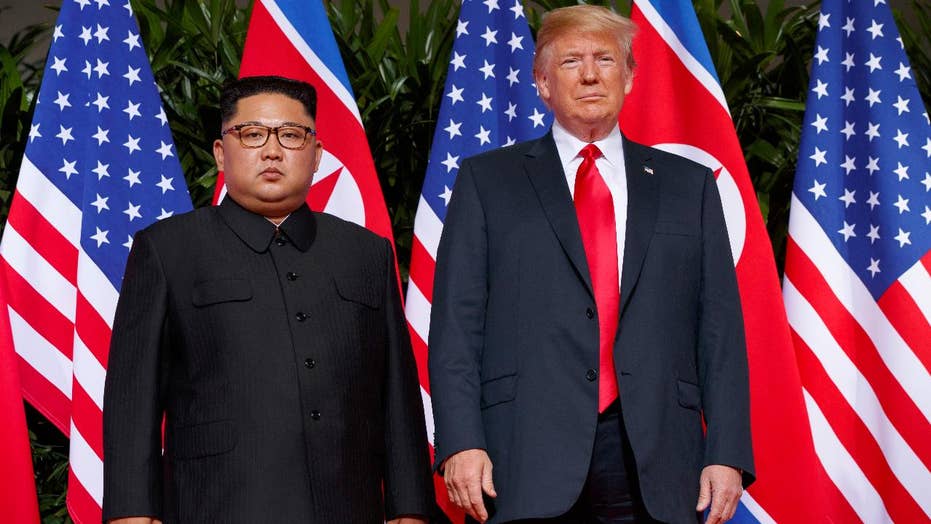 What next steps can the U.S. take when dealing with North Korea? Insight from Robert Donachie of the Daily Caller.

Secretary of State Mike Pompeo concluded two days of denuclearization talks in North Korea Saturday with Vice Chairman Kim Yong Chol amid questions about whether the North is serious about abandoning its nuclear weapons or is simply seeking relief from crippling international economic sanctions and other concessions from the U.S.

Prior U.S. efforts to get the North to give up its nuclear weapons have failed because the communist regime did not make the strategic decision to denuclearize.

For denuclearization talks with the North to succeed, the United States should take a long, hard look at the mistakes made by the Obama administration in the 2015 Iran nuclear deal, which was designed to end that nation’s efforts to become a nuclear power.

North Korea’s nuclear weapons and missile programs are much more advanced than Iran’s. Pyongyang has conducted six nuclear tests, including its largest ever in September 2017 that was likely a thermonuclear weapon, commonly referred to as a hydrogen bomb.

Even the most complicated challenges in developing nuclear weapons can be distilled down to three essential, components and their relevant technologies:

?         Producing fissile material that is a vital ingredient for a nuclear bomb. The fissile material, which enables a nuclear explosion to occur, can be uranium or plutonium, created either by enrichment or reprocessing.

?         Developing the know-how and component materials needed to detonate a nuclear bomb.

The Iran nuclear deal, also known as the Joint Comprehensive Plan of Action (JCPOA), failed to stop Iranian progress in all three areas. The U.S. must insist that any North Korea deal halt that nation’s progress in all these areas.

U.S. negotiators also ensure that North Korea’s nuclear and other military technology and know-how do not proliferate in Tehran, Damascus, or any other state or non-state actors.

First, it will be crucial to ensure the permanent removal of all operational nuclear warheads from North Korea, plus the existing fissile material – both plutonium and enriched uranium – and the prevention of future production.

There can be no expiration, or sunsets, of these removal provisions. This was a fatal flaw in the Iran nuclear agreement. The Iran nuclear deal dealt only partially with fissile material, allowing Tehran to retain critical technologies and infrastructure for the future – including the ability to continue spinning centrifuges and advanced centrifuge technology. The centrifuges are necessary to create fissile material.

Moreover, key provisions of the Iran nuclear deal were set to expire after roughly a decade. This granted Iran a patient pathway to a nuclear weapon.

Previous nuclear deals with North Korea merely froze the production of fissile material. The deal in 1994 allowed the regime to maintain a portion of its plutonium stockpile.

The Trump administration should eliminate completely all fissile material production in North Korea, including any covert facilities, and then cut off all abilities of the North to generate new fissile material.

Second, all nuclear weaponization work must end in North Korea, and a full accounting of the past weaponization is necessary to ensure transparency and trust.

The JCPOA gave this short shrift in dealing with Iran, and this weakness showed. The nuclear archives carried out of Iran by Israel’s Mossad intelligence agency in late January demonstrated the ease with which a nuclear weapons threshold state can hide elements of its nuclear weapons program.

Since North Korea’s nuclear weaponization is far more extensive than Iran’s, it presents a greater challenge. Getting a full picture of the North’s past nuclear activity means that the regime of dictator Kim Jong Un must agree to more than a perfunctory data dump and the destruction of a few tunnels in a mountain.

Third, a good deal with North Korea should include a plan to eliminate nuclear weapons delivery systems and the knowledge needed to construct them. The Iran nuclear deal did not include provisions on ballistic missiles, despite some watered-down language in the U.N. Security Council resolution that enshrined the JCPOA.

The Iran deal only addressed the nuclear issue, while leaving other strategic issues untouched. For example, Iran used the massive sanctions relief from the nuclear deal to expand its malign activities in the Middle East – specifically aiding its violent proxy forces fighting in Syria, Lebanon and Yemen.

Non-nuclear issues, such as human rights, must similarly not be ignored in a deal with North Korea. The U.S. cannot enter into an agreement while Kim Jong Un and his regime operate what the U.N. described in 2014 as “political prison camps (that) resemble the horrors of camps that totalitarian States established during the twentieth century.”

Other important issues to address now – not after a deal with North Korea is inked – include an end to Pyongyang’s aggressive cyber activities, the elimination of North Korea’s chemical and biological weapons, and its reported cooperation with the Bashar Assad regime in Syria.

And, of course, U.S. negotiators must not forget North Korea’s longstanding military relationship with Iran. We must ensure that North Korea’s nuclear and other military technology and know-how do not proliferate in Tehran, Damascus, or any other state or non-state actors.

President Trump’s critics say he won’t be able to negotiate a new comprehensive denuclearization deal with North Korea. This may be true. But he can put himself in a far stronger position if he learns the lessons of the failed negotiations with Iran.

The stakes are now higher, of course, since North Korea already has nuclear capabilities. And now that the U.S. has withdrawn from the Iran nuclear deal, the regime in Iran is watching.

Jonathan Schanzer, a former terrorism finance analyst at the U.S. Treasury Department, is a senior vice president at the Foundation for Defense of Democracies.

Israeli Reserve Brig. Gen. Jacob Nagel is a visiting professor at the Technion – Israel Institute of Technology and a visiting fellow at Foundation for Defense of Democracies. He previously served as the head of Israel’s National Security Council and as Prime Minister Benjamin Netanyahu’s national security adviser.