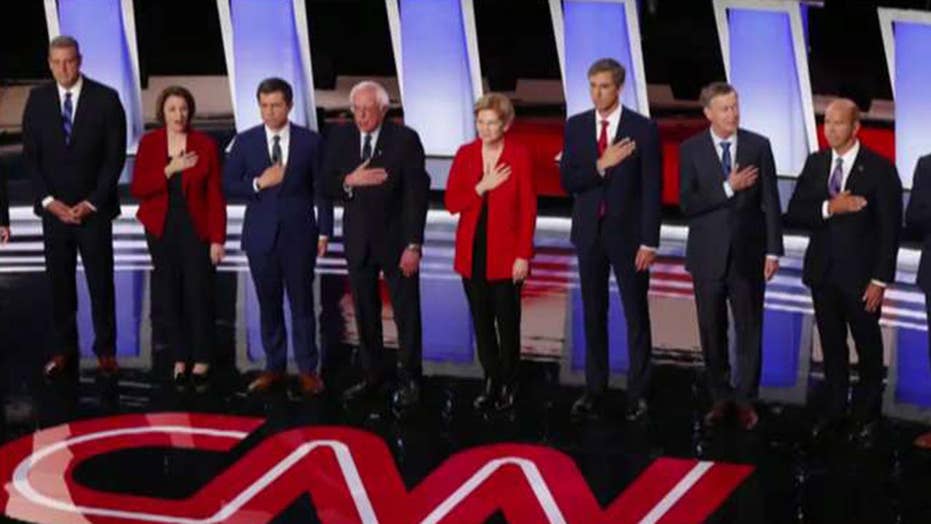 Are there no real options for Democratic voters in 2020?

This month, 19 Democratic presidential candidates gathered in Las Vegas to court the union vote at a forum hosted by the American Federation of State, County and Municipal Employees, the country's largest public-sector union.

Some candidates took this opportunity to plug their plans for a government takeover of the nation's health care system, which AFSCME supports.

But labor unions should be careful what they wish for. Union workers currently have some of the best health benefits around. "Medicare-for-All" would take those benefits away -- and leave union members with long waits for poor-quality care.

It's easy to see why. Union health plans tend to be more generous and comprehensive than nonunion benefits. For instance, three-quarters of union members had access to dental care in 2018; 55% had access to vision care. Less than half of nonunion workers had access to each of these benefits.

According to the Bureau of Labor Statistics, workers in the utility industry -- which had the highest percentage of unionized workers -- had access to plans that paid over 96% of covered expenses in 2011.

Union workers also pay less for coverage. Last year, employers paid 86% of premiums for union members, versus 79% for nonunion workers. Union families paid just 20% of their premiums, while nonunion families were on the hook for 36%.

"Medicare-for-all" would outlaw private insurance -- and place union members into a uniform government plan along with everyone else. That would eliminate one of the biggest benefits of union membership.

In many cases, union workers could wind up paying more for worse care.

Funding "Medicare-for-All" would require a host of new taxes, which advocates claim will cost people less than they pay in premiums under the current system.

"Medicare-for-all" wouldn't just stop unions from negotiating for better plans. It would also cripple the healthcare facilities they’ve launched to meet the needs of their members. Consider Unite Here, which provides benefits directly to 230,000 hospitality workers across the country.

In 2011, Unite Here opened a clinic in Atlantic City, with the goal of improving care while cutting costs. Since then, the clinic has "exceeded national quality benchmarks" for ER visits, hospital admissions, and more. It's also managed to save about $200 per member each month.

Unite Here is one of many unions to have found innovative ways to deliver care to their members. In New York, a coalition of hotel unions operates clinics that cover everything from primary to dental care -- no copay required. Their newest facility uses state-of-the-art technology to share patients' records and coordinate care delivery.

According to the Commonwealth Fund, this system has enabled doctors to see 3.5 patients per hour, compared with just 2.7 in a less dynamic setting. These clinics have managed to keep the cost of care to $13,000 per family each year -- half of what's typical in New York.

This level of care would disappear under "Medicare-for-all." In addition to banning private insurance, "Medicare-for-all" would force our already insufficient supply of doctors to meet endless demand on a limited budget. Unlimited demand and limited supply are a recipe for long waits and lower-quality care.

Look to other nations that have implemented single-payer health care. In the United Kingdom, more than 4 million people were on a waiting list for treatment as of May 2019. To help move through the backlog, the National Health Service has resorted to drastic measures, like "group appointments," where doctors see up to 15 people with the same condition simultaneously.

Some experts think taxes need to be raised by nearly $2,500 a year just to keep the NHS afloat.