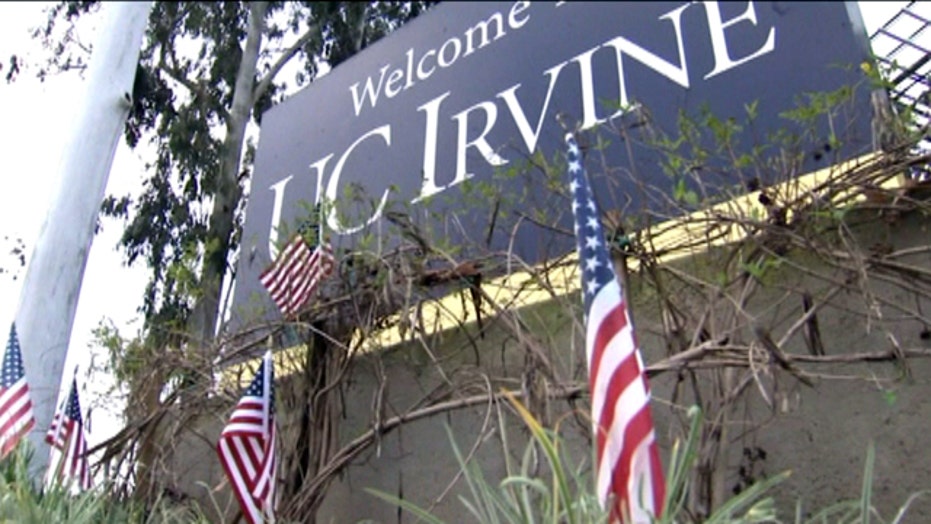 Reaction to students' push to ban US flags at UC-Irvine

What's behind the effort on campus?

The Star-Spangled Banner will once again wave at the University of California, Irvine, after student government leaders nixed a bid to ban the American flag from a campus lobby.

Members of the executive cabinet of the Associated Students of UC Irvine met Saturday in an emergency session to reverse the flag ban.

“Our campus is patriotic and proud,” student government President Reza Zomorrodian told me. “We did something right for our campus.”

Zomorrodian, said he was furious that a handful of student legislators pushed through the ban.

“Our campus stands with the flag,” he said.

On March 3, student legislator Matthew Guevara authored a bill to remove the American flag, along with all other flags, from the lobby of a campus building housing their offices. Click here to read my original column.

“Designing a culturally inclusive space aims to remove barriers that create undue effort and separation by planning and designing spaces that enable everyone to participate equally and confidentially,” read the resolution.

The student government’s decision created a firestorm of national outrage from alumni, current students and the university’s administration.

“This misguided decision was not endorsed or supported in any way by the campus leadership, the University of California, or the broader student body,” read a statement posted online by the university. “The views of a handful of students passing a resolution do not represent the opinions of the nearly 30,000 students on this campus, and have no influence on the policies and practices of the university.”

They also tweeted a photograph showing the Stars & Stripes were still posted at the taxpayer-funded university.

As for the student government association’s flag, that will be rehoused on Monday, Zomorrodian said.

Guevara and his band of cohorts could not be reached for comment. They aren’t talking publicly and Zomorrodian said he hasn’t been able to locate them. But when he does - he plans on giving them an earful, he said.

Zomorrodian said he was especially offended that they banned the flag because he is a first generation American.

“That’s why the flag is special to me,” he said. “I was born here. My parents came here as immigrants.”

That makes him proud to be an American, and to stand up for the flag.

“This country has been great to our family,” he said.

The university’s administration should also be commended for their swift condemnation of the flag ban. It’s refreshing to see there are still educators who still love the land of the free, the home of the brave.

If nothing else, this episode has shown the nation that the University of California, Irvine has hundreds, if not thousands, of young men and women who love our nation.

I was especially pleased to hear that a member of the university’s ROTC volunteered to stand guard over Old Glory — just in case someone tried to snatch it in the dark of night.