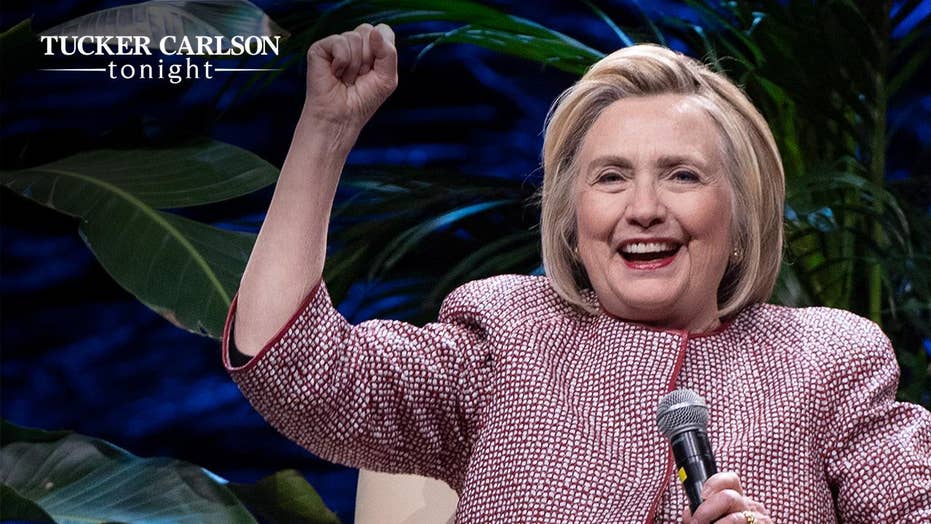 On Wednesday, Tucker Carlson exposes the flaws of the Russia probe. The mainstream media backing unfounded claims. Then later, Tucker considers what Hillary Clinton and John Kerry suddenly said against immigration. Plus: Poll finds 7 in 10 Mexicans have a negative view of the caravan.

After two long years of the most expensive and wide-ranging independent counsel investigation in a generation, we should be close to nabbing those dastardly secret agents from Russia who supposedly hacked our presidential election. Are we? No, we’re not.

Robert Mueller's prosecutors are instead threatening elderly men with life in prison for petty crimes. Crimes that have nothing to do with spying or Russia or anything else that threatens America. The whole thing is a grotesque joke. But you'd never know that from watching cable television. Here was CNN on Tuesday, in all it's breathless stupidity:

ANDERSON COOPER: Potentially big news questions in the Russia investigation and the corresponding lack of answers from the White House

JIM ACOSTA: Any kind of collusion with the Russians…

DON LEMON: And then there's the Russia investigation…

PHIL MUDD: We know the Russians were involved in interfering in the election …

NYT's PATRICK HEALY ON CNN: From Russians offering, as we know, in the Trump Tower meeting some kind of dirt on Hillary Clinton…

The word itself is a kind of magical incantation that eliminates all skepticism and rational thought in journalists.

Whatever the claim is, they believe it wholeheartedly. Not just because they're dumb, though obviously, they are dumb. But because -- Russia!!!!!! It's a spell, like “eye of newt.”

Just a day ago, on Tuesday, the Guardian newspaper reported that Paul Manafort, the former chairman of the Trump campaign, held a series of secret meetings with Julian Assange at the Ecuadorian embassy in London, over a period of years.

It all sounded very sinister. But the problem is, there's precisely no evidence that any of that actually happened. There's a lot of evidence to suggest the story is false.

Assange is one of the most closely-monitored people on the plant, living in Europe's most heavily-surveilled city. Yet somehow nobody saw or recorded any of these meetings, which, by the way, everybody supposedly present denied ever took place.

The whole thing was absurd. Under pressure from reality, the Guardian quickly walked back its story.

Yet here’s the key part. The geniuses in the American press corps continued to act like it was all completely real.

The Washington Post's senior political reporter, Aaron Blake, repeated the Guardian's claim as gospel. So did John Campell of CNN, and CNBC's John Harwood, not surprisingly. Because, whatever. It sounded right!

Manafort would probably meet with Assange in Russia or London. Whatever. Who cares if he actually did?!

These people are just mindless enforcers of whatever the establishment line of the day happens to be.  They're intellectual thugs, dispatched to make the rest of us shut up and obey our ruling class.

Who'd believe anything they say?