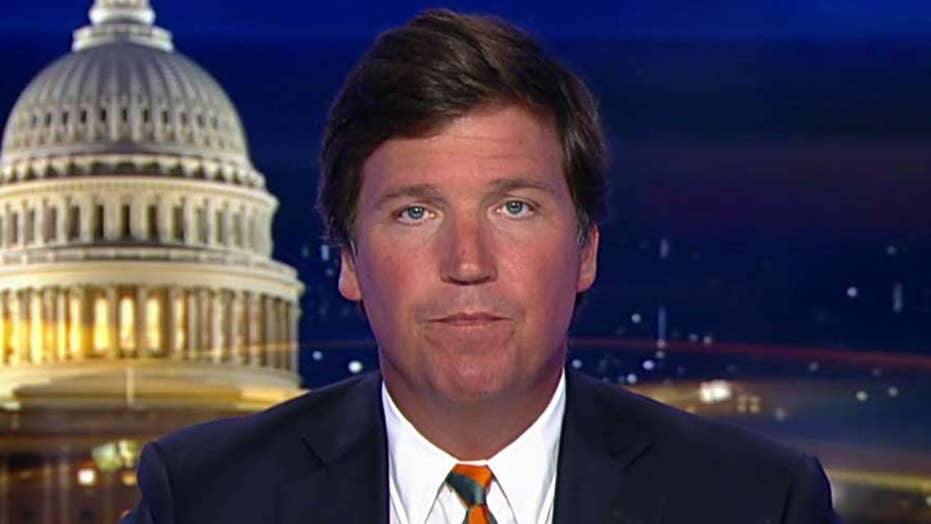 Tucker: Kavanaugh and the hypocrisy of the Democratic Party

Ford says that, at a house party in the early 1980s, while they were both in high school in suburban Washington, D.C., a drunken Brett Kavanaugh tried to hold her down and sexually assault her. She said she was afraid at the time.

Well, several Republican senators have already said they want additional testimony from both Ford and Kavanaugh. It looks like Ford will be testifying on Monday of next week before the Senate Judiciary Committee.

But for the first time, because of this, Kavanaugh's nomination appears to be in some actual trouble. Democrats though are not waiting for more information -- They're already rendering judgment on what he did.

ALEXANDRIA OCASIO-CORTEZ, AMERICAN POLITICIAN, EDUCATOR, AND POLITICAL ACTIVIST And we're looking at brushing a potentially and extremely concerning incident under the rug, which should not be occurring.

CNN ANCHOR: Do you believe her story?

SEN. DICK DURBIN: Well, I could tell you that it really does have a ring of truth to it.

SEN. CHUCK SCHUMER: I think the allegations of Professor Ford are extremely credible. I don't think the allegations that this is political at all. … Senator Feinstein did the right thing, because when a woman is abused, it is her prerogative as to how, where, why, when, if at all it should come out.

Well, [as you can see from those quotes] they're all very, very deeply concerned. What's telling is that Democrats have known about this allegation for weeks. They could have asked Kavanaugh about it at any time during his hearings; he was sitting right in front of them.

And that's of course what you would do if you cared about the answer to the question. But they didn't. Instead they waited. and the point, of course, was to derail his nomination. The timing was entirely political, anyone who says otherwise is not telling the truth.

But what about the core story itself, what happened in the early `80s in suburban Maryland? Well, come to your own conclusions. -- People will come to their own conclusions. But for this show, we are not dismissing Christine Ford as a liar. Doesn't seem like she is, it seems like she sincerely believes everything she is saying.

But that does not mean that she is right. Human memory is notoriously unreliable, especially over time.

What were you doing one drunk night in the spring of 1982? You don't remember clearly? Of course you don't. It's been 36 years.

Past a certain point, the past is unknowable and that's why we have statutes of limitation for crimes. Not because our desire for justice dims, but because the chance of achieving it does. Everybody knows this, the left included.

This story doesn't have anything to do with justice actually or even with what Brett Kavanaugh may have done in high school. Underneath it all, anyone who lives in Washington can tell you, it's about abortion.

Does anyone really believe the story would have surfaced if Brett Kavanaugh had pledged allegiance to Roe v Wade? Of course, it wouldn't have.

Some of the very same people suggesting that Kavanaugh is a sex criminal once defended Bill Clinton when he was credibly accused of rape.

The same group practically beatified Ted Kennedy. Kennedy, you'll remember, once killed a woman. Not metaphorically killed her but literally killed her. And yet Clinton and Kennedy supported abortion in all cases and therefore the left treated them as heroes, and swept -- speaking of under the rug -- their crimes into the dustbin of memory.

Kavanaugh, though, may not support Roe v Wade, we don't really know. Therefore, he must be destroyed.

It's pretty straightforward. Whatever the story is, it's not about protecting women. -- Don't buy that spin.

The larger lesson though of this moment, in actually over the past two years, is that the left will not abide losing power, even temporarily.

For liberals, political power is personal power. And without it, they are exposed and terrified.

Some become vicious. If you've lost friends, since Trump got elected or have been yelled at over dinner or on an airplane, you know exactly what we're talking about.

Liberals believe they were meant to run this country, our government and our culture. They have no intention of sharing control with you. If they're not in charge, they'll burn it down, which is what they're doing now.

The question, the political question, for right now is will the Republican Party let them do this?

If Republicans allow Kavanaugh's nomination to be derailed over an unprovable allegation you can't rebut, it's over. They'll never put a justice on the Supreme Court again. It'll be too easy to stop them.

A single charge from 35 years ago will be enough, that's the precedent they would set. And let us pause, parenthetically, and say we may learn more in the coming week. Who knows, and the calculation may change.

But as of today, there is no way to prove -- either way -- what happened 35 years ago in Bethesda, Maryland. It's an unsolvable mystery, again, unless something else comes up. So to just derail a nomination on the basis of it would be a brand new thing.

Republican voters put up with a lot already, including a Party leadership that does not share their values or even like them very much; it doesn't hide it well.

They vote Republican anyway in part because they would like to see judges, who care about the Constitution, sitting on the Supreme Court.

Once that's gone, what's the point of voting Republican.

Adapted from the September 17 edition of “Tucker Carlson Tonight.”