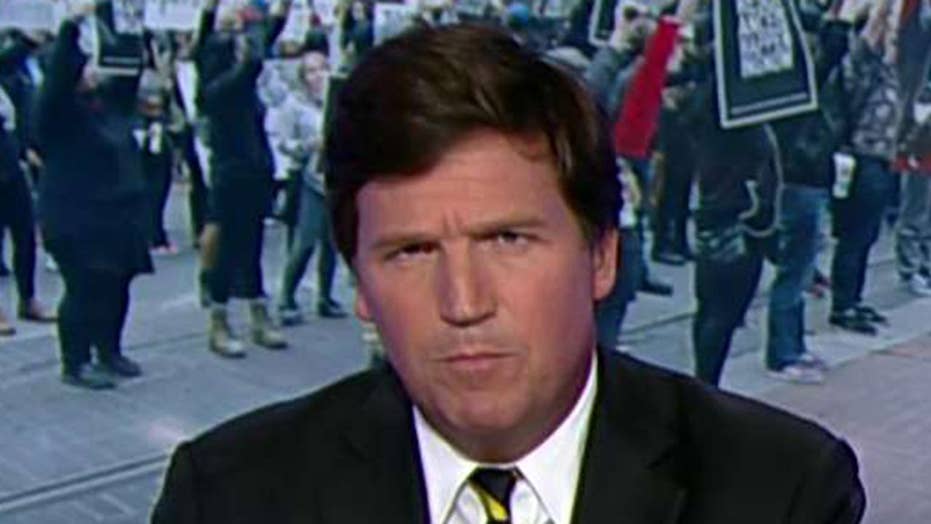 The left always obeys. Obedience is the whole point.

The crack political team over at The Washington Post has uncovered a brand new species of fake news they think you need to know about: Imaginary left-wing mobs.

In a piece posted this week, The Post explained that in order to win the midterm elections, those Republicans have "cast the Trump resistance movement as an angry mob."

Now, “cast” is, of course, used here as a synonym for misrepresented. The Washington Post wants you to know that these mobs are not real. They're an illusion.

That may surprise you, because you may have recently seen videos of prominent Republicans being chased out of restaurants by screaming progressives. You may have even read news accounts about how a Republican congressman named Steve Scalise was shot with a high-powered rifle by a Bernie Sanders supporter.

You may have seen college campuses descend into rioting simply because conservatives showed up to talk.

And just this past weekend, you may have watched transfixed as groups of hysterical young people yelled at Republican lawmakers on Capitol Hill and then pounded in rage on the front doors of the Supreme Court.

All of this may have given you the mistaken impression that there is a threat of disorder and lawlessness from the left building in this country, some of it funded by a man that The Washington Post neutrally describes as “philanthropist” George Soros.

Well, rest easy, says The Post. In fact, all of this talk of left-wing mobs "taps grievances about the nation's fast-moving cultural and demographic shifts." In other words, this is racism, and it's designed says, The Post, "for the benefit of white voters, particularly men."

Wow, so the angry left-wing mobs you thought you had been watching on television turn out to be merely a hallucination. They're a fever dream concocted by those diabolical magicians over at Fox News.

But wait, has anyone told the angry left-wing mobs about this? They seem to believe that they exist.

In Portland, Oregon, they're still blocking traffic and breaking things and screaming at old ladies in wheelchairs.  Apparently, they don't get The Washington Post in Oregon.

I guess you just can’t believe your lying eyes.

Some reports - and there haven't been many reports, but some - describe these protesters as ANTIFA, others say they're Black Lives Matter. It doesn't matter. What you're actually looking at is the youth wing of the Democratic Party. These are their shock troops.

“Go to the Hill today," Sen. Cory Booker, D-N.J., said recently. "Get up and please get up in the face of some Congress people.”

Added Rep. Maxine Waters: D-Calif.: “If you see anyone from that cabinet in a restaurant, in a department store, at a gasoline station, you get up and you create a crowd and you push back on them, and you tell them they are not welcome.”

Well, they obeyed. The left always obeys. Obedience is the whole point of their program. And now, normal people across the country, nevertheless, are becoming concerned.

“So many frankly unhinged people and unstable people out there," said Kelley Paul, wife of Kentucky Sen. Rand Paul, who was attacked by a deranged neighbor over the summer. "And when they hear someone on their side telling them ‘get up in their face,‘ they take that literally, and they think that that gives them a license to be very aggressive, be harassing."

The senator's wife now sleeps with a loaded gun by her bedside. That's what it has come to as Hillary Clinton says there's no being civil with Republicans, and top Democratic lawmakers urge angry citizens to harass people who simply don't share their worldview.

But if you read the Washington Post, you might believe it was all your fault - and all in your head.