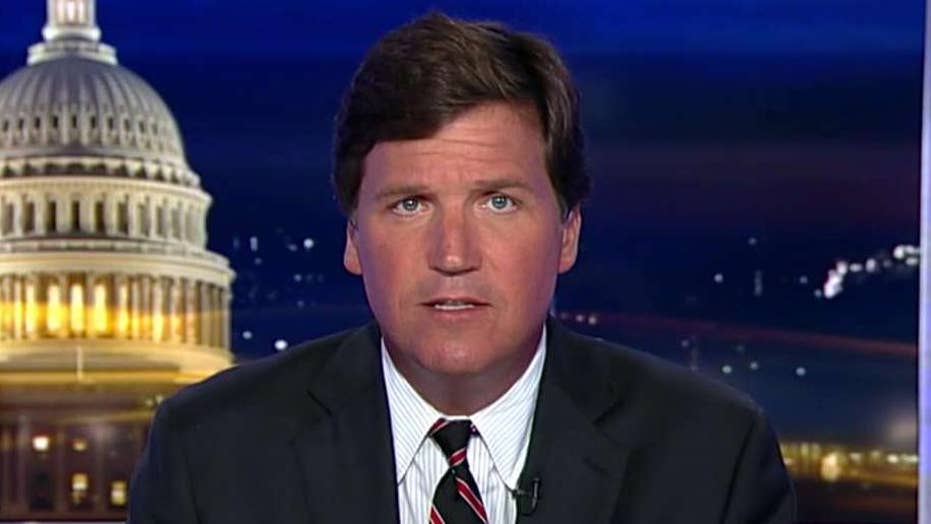 For a time, it seemed like we'd moved past corrosive identity politics. Now it's back in force.

Tucker Carlson: In Democrat’s feminist kangaroo court, Kavanaugh is a man -- and that makes him guilty

All of Washington is girding for next Monday, just days from now. That's when Palo Alto University Psychology Professor Christine Blasey Ford has been invited to testify on Capitol Hill about the assault that she says she suffered at the hands of Supreme Court Nominee Brett Kavanaugh sometime around 1982.

Editor’s note: After this monologue aired, Christine Blasey Ford’s attorney told the Senate Judiciary Committee that her client wants a “full investigation by the FBI” before she will appear before the committee.

Now, both Republicans and Democrats say they want Ford to testify on the Hill although no one has explained exactly what the rest of us could possibly learn from that.

Ford says she has already recounted all that she can remember. The details at this point are thin including when and where that assault allegedly took place. Brett Kavanaugh, for his part, has denied that any of it ever happened. And so is his high school friend Mark Judge whom Ford claims was also there that night.

So that's where we are. That's the sum total of what we know. And it's still a matter of "She said. They said."

Without a lot more evidence it is hard to see anybody proving anything regardless of how many hearings are held. But that does not stop leading Democrats from reaching a firm conclusion in this case. How do they know for certain what happened 36 years ago?

Well because Brett Kavanaugh is a man, therefore, he is guilty. All men are guilty. It's the Y chromosome. Watch as Hawaii Senator, and noted geneticist, Hawaii Democratic Senator Mazie Hirono explains it.

MAZIE KEIKO HIRONO, JUNIOR UNITED STATES SENATOR, HAWAII: Not only do women, like Dr. Ford, who bravely comes forward, need to be heard, but they need to be believed.

CARLSON: Did you catch that? It's not just Brett Kavanaugh who's guilty. It's "The men of this country." Every single one of them because they're men. Christine Ford, meanwhile, is telling the truth because she's a woman. She's female. You must believe her.

That's a command from the United States Senator. It's not optional. It's mandatory. So repeat after Mazie Hirono, men always lie, women never do. One sex is evil. The other is holy. That's the catechism of the Church of Late-Stage Feminism.

Does anyone actually believe this nonsense? Of course, not, because it's ridiculous. It's also divisive and crazy.

Virtue is not restricted to a single gender or for that matter to a single race. And for a time, it seemed like we had moved past ideas like those. They're corrosive. But now they're back, in force. They're the inevitable terminus of identity politics.

So because the left has already decided conclusively what happened in 1982, further evidence is irrelevant. As several (ph) Democrats explained today, there is nothing Brett Kavanaugh could do to prove his innocence.

Senator Tim Kaine of Virginia, for example, was asked how exactly Kavanaugh might clear his name. The Senator's reply "That's kind of very hypothetical."

Imagine you were accused of a sex crime and then informed by a lawmaker that there was really no way you could beat the charge. No matter what evidence you presented you could never be declared innocent except in some "very hypothetical way" how would you respond to that?

You probably wonder what country you were living in. Definitely, not America. These are the Democratic Party's new standards. And it goes without saying they are highly subjective. They're not applied to everyone.

It depends entirely on how useful you are.

Senator Ted Kennedy drove his Oldsmobile off a bridge with a young woman inside. He fled the scene and left her but he never summoned help. He didn't want the DUI arrest. The young woman, Kennedy abandoned, slowly asphyxiated over a period of hours.

Yet just 10 years after doing that Kennedy ran for president as a Democrat. He died a liberal hero. The Democratic Party needed Ted Kennedy so they excused virtually everything he did.

You're watching something similar unfold with the Deputy Chair of the Democratic National Committee, Keith Ellison. Last month, Ellison was credibly accused of physically abusing an ex-girlfriend named Karen Monahan.

Apparently, Mazie Hirono never heard about it because nobody in the Democratic Party seems to believe Monahan despite the fact that she is a woman. As Monahan put it "I've been smeared, threatened, isolated from my own party," all for the sake of the allegations she made, for daring to speak in public.

Well we asked the DNC today about the Ellison case and they did not have much of a response. "We take allegations of sexual abuse seriously and we're working with the state party to review the allegations."

On the other hand, why would it be? Because let's be honest. None of us ought to be in the investigations business in the first place. Political parties, college administrators, cable news yappers, all of us, we're not people you want determining anybody's guilt or innocence. We're not qualified for that.

We've got a legal mechanism for doing that. It's not flawless. But for almost 250 years, our justice system has functioned pretty well, in fact, better than any other country in the world.

It's pretty straightforward. If you believe a crime has been committed against you, you report it. That would include theft, embezzlement, and yes, sexual assault. Go to the police. It's not always easy, obviously, but it's still your obligation as a citizen, not at least (ph) to protect the rest of us from whomever you believe did it.

The police investigate. A judge or jury renders a verdict. That's due process. It's the cornerstone of our system. It's one of the main reasons people move to this country from other places because it works. It's certainly more fair than trial by CNN or a summary judgment from self-appointed gender judge, Mazie Hirono.

So, let's not give up on it. It's one of the best things that we have.