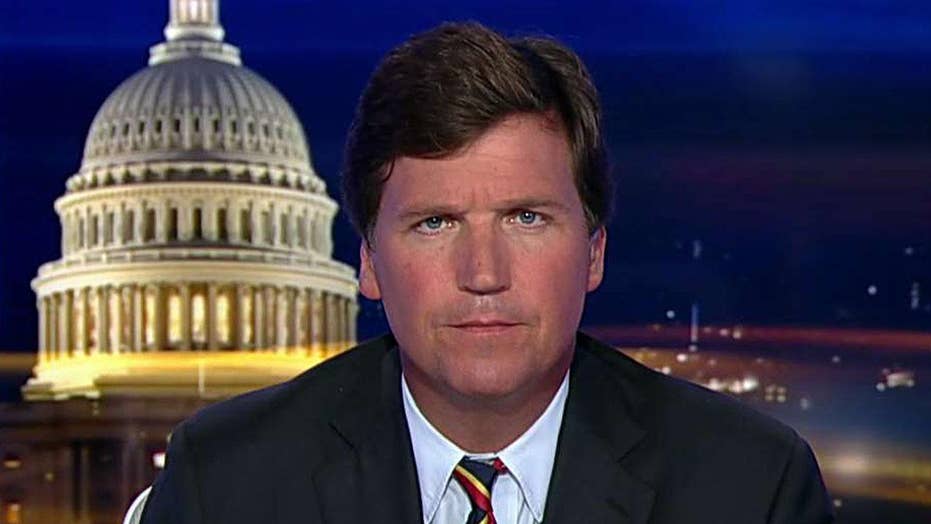 Democrats only care about keeping a Republican off the Supreme Court.

Brett Kavanaugh's Supreme Court nomination remains in suspended animation Thursday. Thanks, as you well know, to allegations that he assaulted a psychology professor called Christine Blasey Ford some 36 years ago while both of them were still in high school.

Despite blanket media coverage, the basic details of that story remain murky. Ford has not said when or where it happened precisely. She has said she didn't tell a soul about it for three decades.

There are significant inconsistencies in her account. But we have never doubted Ford's sincerity and we have never questioned her motives. Unless we learn new facts that give us a reason to, we won't do that. We give her every benefit of every doubt.

But there's another side to this story as well. Brett Kavanaugh, he's also got a family and a career and a reputation and all have been gravely damaged by these claims.

The Democrats could have helped clear this up weeks ago if they had asked Kavanaugh about Ford's story as he sat before them for days in the U.S. Senate. That's what hearings are for. But they didn't do that.

Instead, they hid what they knew in order to cause maximum political damage. Now, in the process they overturned his life but they also overturned Christine Ford's life. She had asked to remain anonymous. Democrats betrayed her and they dragged her into the public eye.

Now Ford says she's had to leave her home because of threats. Democrats in the Senate did that purely for partisan advantage, and you should keep that in mind the next time they lecture you about how much they care about women.

So, what happens next?

Well 36 hours ago, Democrats were adamant that Ford get a hearing on Capitol Hill. The nomination couldn't move forward until she did, they told us. It's only fair. Now, they are saying precisely the opposite of that. Watch Hawaii Senator Mazie Hirono explain that having Ford testify before the Senate would itself constitute a form of abuse.

MAZIE KEIKO HIRONO, JUNIOR UNITED STATES SENATOR, HAWAII: I am totally disappointed that all these people who have come forward to say "We should hear from her," and now that she's expecting a modicum of fairness so she's not re-victimized are now saying "Well if she doesn't want to testify we should just go ahead." That is additional callousness from my colleagues that I am totally appalled by.

UNIDENTIFIED FEMALE: They are trying to set up a he-said she-said scenario and bully her into either testifying on Monday or not being heard at all.

JOY BEHAR, CO-HOST, THE VIEW: These people in Congress right now in that Senate Judiciary Committee, these white men, old by the way, are not protecting women.

BEHAR: They're protecting a man who is probably guilty

CARLSON: Did you get to the last part? Not just men but old white men, the worst kind, the kind who should be punished just for who they are.

If nothing else, the story has opened a window into how many on the left really think it's a tribal world view where people are not regarded as individuals with distinct personalities and beliefs and aspirations but instead as faceless members of ethnic blocs sorted by genes.

It's a world where some people are inherently good and some are inherently bad. It's a place where how you're born determines what you're worth. That's what the left now believes. They say so all the time. But remember, you're the Nazi here, so shut up.

Well you either find this brand of hard identity politics disgusting or you don't. Hillary Clinton is drawn to it like a bear to donuts. She came out of semi-retirement last night to weigh in at length on cable news. Here's how she said the Trump administration ought to respond to the allegations against Brett Kavanaugh.

HILLARY CLINTON, FORMER FIRST LADY OF THE UNITED STATES, AMERICAN POLITICIAN AND DIPLOMAT: The White House could answer it very quickly by asking the FBI to reopen its background check and to take into account the accusation that's been made and to gather the evidence about what can be known.

What I think the White House and the Republicans on the committee are trying to do is, you know, basically put her in the dock and try to rush this through.

CARLSON: Now just pause for a minute and savor this. Imagine you're Hillary Clinton, imagine saying something like that, you have to believe that the internet doesn't exist that there was no record at all of anything you had ever said in public about claims of sexual abuse.

Well as it happens we have access to the internet here as well as a pretty long memory. Hillary Clinton has said an awful lot about sexual assault allegations, credible allegations, including of rape, all of them aimed at her husband Bill for many women over many years.

Hillary sounded a lot different then, like a totally different person. Of course, she was fighting to keep political power and that gave her another perspective. Listen, as Hillary Clinton dismisses and belittles the claims of female abuse survivors.

CLINTON: We're right in the middle of a rather vigorous feeding frenzy right now and people are saying all kinds of things and putting out rumor and innuendo.

It's just a very unfortunate turn of events that we are using the criminal justice system to try to achieve political ends in this country.

And I just think that a lot of this is deliberately designed to sensationalize charges against my husband, because everything else they've tried has failed.

The great story here for anybody willing to find it and write about it and explain it is this vast right-wing conspiracy that has been conspiring against my husband since the day he announced for president.

CARLSON: Oh, how times have changed? One thing that has not changed is the torrent of propaganda from the left. Whenever their control of this country is challenged they will say literally anything.

Jim Sciutto, for example, a former Obama appointee, now posing as a journalist over at CNN, summed up today's news this way.

"The offer to Christina Blasey Ford is blunt: testify in public six days from now while under death threats, or your allegation will be ignored in the confirmation of a SCOTUS nominee."

In other words, says Jim Sciutto, Republicans are jeopardizing Ford's life by asking her to tell her story. Not only is this overwrought and dumb, it's factually wrong.

Republicans want Ford to testify because they want to get this over with and vote. That's what you do in a democracy. They've even offered to interview her privately in California. Senator Grassley sent a letter to that effect just recently.

Democrats oppose that, of course. They would like to ride this story into November and beyond. Instead, the left is calling for an FBI investigation. The FBI wants nothing to do with any of this, as we reported on this show last night. So, Democrats are now demanding that Trump order the FBI to investigate the story.

But investigate what exactly? Where would you start?

Ford cannot even state definitively what year this supposedly happened. And by the way, why would the FBI be in charge of the investigation? Nobody's even alleged a federal crime here.

If you really wanted justice in this case, you would bring it to the police in Maryland. That's a state with no statute of limitations on sex crimes. How would that end?

Well Ford says Kavanaugh was a juvenile at the time. If evidence of his guilt emerged would he be tried as a minor? Would his record be sealed afterwards so it wouldn't overshadow his life?

If those sound like absurd questions that's because this whole thing is absurd. The Democrats don't care about Christine Ford. If they did, they wouldn't have outed her in the first place. They care about keeping a Republican off the court, which is fine.

But if that's the case then make the case for why Kavanaugh's ideas are wrong. But don't personally destroy a man simply because he's in the way. That's what they're doing. And the rest of us should stop playing along and say it out loud.

Adapted from the September 19 edition of "Tucker."