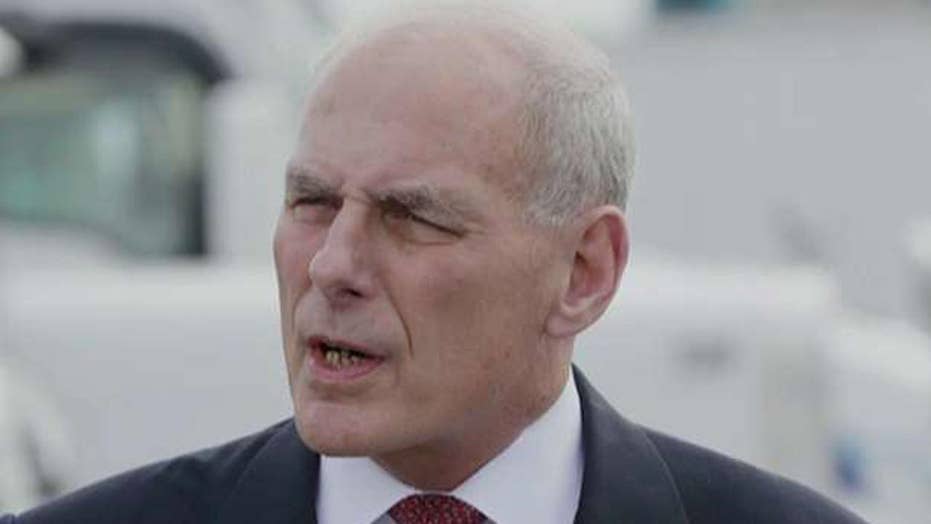 What to expect from Gen. Kelly's White House

This is the latest shakeup in the Trump administration, as the president struggles to better organize the West Wing and increase his administration’s efficiency and effectiveness.

The president was very considerate of Priebus’ service, unlike others who have exited Trump’s orbit in the past. “I would like to thank Reince Priebus for his service and dedication to his country,” President Trump said. “We accomplished a lot together and I am proud of him!”

To be sure, the public feuding going on within the White House up to now has been unacceptable. An administration simply cannot operate with a chief of staff who is the subject of continuing abuse from the president. Further, the administration is only hurt when a chief of staff is fighting openly with the communications director.

It is clear that what the Trump administration needs now is discipline. Beyond difficulties with domestic policy issues, when the administration is plagued by infighting the United States looks ridiculous to allies and adversaries around the world, diminishing America’s global status.

It seems that given the ouster of two seasoned establishment Republicans – Press Secretary Sean Spicer on July 21 and Priebus on Friday – the White House is trading experience for loyalty, bringing on new Communications Director Anthony Scaramucci and Chief of Staff Kelly.

It remains unclear what long-term success – or new problems – these moves will bring. But they will surely reinforce trust in the president's vision within the White House.

Yet the consequences of the latest staff moves, which may lead to further changes in staffing, will bring extensive political obstacles.

One of the most serious issues that comes from the hiring of Kelly is that the president will now need to appoint a new secretary of Homeland Security to head that important department as soon as possible.

However, given the president’s slow pace at gaining Senate confirmations for his key appointees, replacing Kelly may take much longer than desirable.

Confirmation difficulties are just one of the problems that the Trump administration has faced in Congress in its first six months in office.

With Priebus as chief of staff, President Trump’s top priority has been repealing and replacing ObamaCare. That has failed so far in Congress, where Republicans are divided on the best course of action.

Now that Priebus is out, the president must make a pivot to other key legislation he seeks to pass, specifically tax reform and infrastructure investment.

President Trump was originally drawn to Kelly for secretary of Homeland Security because of his security expertise, specifically along the southern border. Given Kelly’s new appointment, this may signal that the president will now prioritize border security as well.

To accomplish any of these objectives, it is clear that what the Trump administration needs now is discipline. Beyond difficulties with domestic policy issues, when the administration is plagued by infighting the United States looks ridiculous to allies and adversaries around the world, diminishing America’s global status.

The degree to which everyone in our country, both Republicans and Democrats, is hurt by this polarization cannot be underestimated.

As Kelly takes over as chief of staff, he must work with President Trump, as well as Scaramucci, and other key White House staff members, to establish a consistent and concerted worldview. Most importantly, the White House must come together with a common purpose and work toward it successfully.