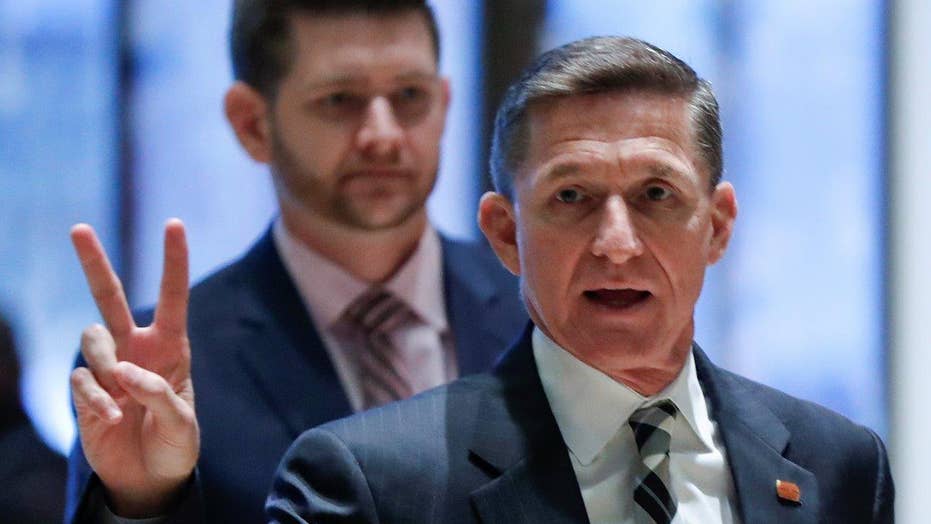 President-elect Donald Trump has announced that he will appoint General Michael Flynn, one of Trump’s most loyal campaign surrogates, as the next National Security Adviser.

As National Security Adviser, General Flynn will have a broad mandate to guide Trump’s policy on Russia, China, Iran, Syria, ISIS, homeland security, cyberwarfare, and more. Powerful National Security Advisers such as Susan Rice, Condoleezza Rice, and Henry Kissinger have sometimes wielded more influence than the Secretaries of State or Defense, and we should not be surprised if General Flynn plays this role for Trump.

Vladimir Putin must be thrilled.

While Flynn is certainly a patriot who has served his country, he is also dangerously pro-Russia, and dramatically underestimates the threat that Putin poses to American values, interests, and allies around the world.

Flynn is either willfully ignorant of Russia’s outright hostility towards NATO, or he is simply opposed to defending American interests and allies in Europe. Neither option inspires confidence in his role as National Security Adviser.

Flynn has appeared often on RT, lending his credibility as a retired General and former Director of the Defense Intelligence Agency to Putin’s destructive misinformation and propaganda efforts.

Even more worrisome than Flynn’s reckless public support for Putin is his commitment to a foreign policy agenda that directly benefits Russia.

Flynn believes we can work with Russia to fight terrorist groups such as ISIS, despite evidence from the Pentagon that 90 percent of Putin’s military activity in Syria targets moderate rebel groups or worse, civilians. The Assad regime, which Flynn also envisions as a potential ally, uses chemical weapons and barrel bombs against its own civilian population. America cannot be partners with potential war criminals.

On Ukraine, Flynn appears to be unconcerned about Putin’s invasion of a peaceful neighbor, and unmoved by the tens of thousands of dead or the millions of refugees Putin is responsible for. Indeed, Flynn’s paid dinner with Putin came after most Western politicians had agreed to shun Putin internationally as a result of his invasion of Ukraine.

Instead of standing up for Ukraine as it defends itself from invasion by a dictator, Flynn has urged American policymakers to “move forward,” forgetting the 1994 Budapest memorandum pledging to uphold Ukraine’s territorial integrity. That is not the sort of ally America should strive to be.

Indeed, the whole notion of cooperating with Russia given Putin’s open threat to NATO is deeply dangerous. In just the last few months, Putin has forward-deployed nuclear weapons in Europe and unilaterally withdrawn from arms control treaties with the United States.

Flynn is either willfully ignorant of Russia’s outright hostility towards NATO, or he is simply opposed to defending American interests and allies in Europe. Neither option inspires confidence in his role as National Security Adviser.

Flynn’s erratic behavior and poor strategic judgement has cost him before. In 2014, Flynn was forced to resign as Director of the Defense Intelligence Agency after his mismanagement led to organizational chaos. Flynn’s subordinates mocked his mixed grasp on reality as “Flynn facts.”

Since being forced out of the Intelligence Community, Flynn has lined his pockets consulting for foreign businesses and governments, including Turkey.

General Flynn’s appointment as National Security Adviser raises serious questions about Putin’s influence over American policy. Flynn’s blindness to the grave threat that Russia poses to the safety of America and our allies is deeply disturbing.

We can only hope that Flynn’s recklessness on Russia is balanced, if not outweighed, by sensible, realist Secretaries of State and Defense.