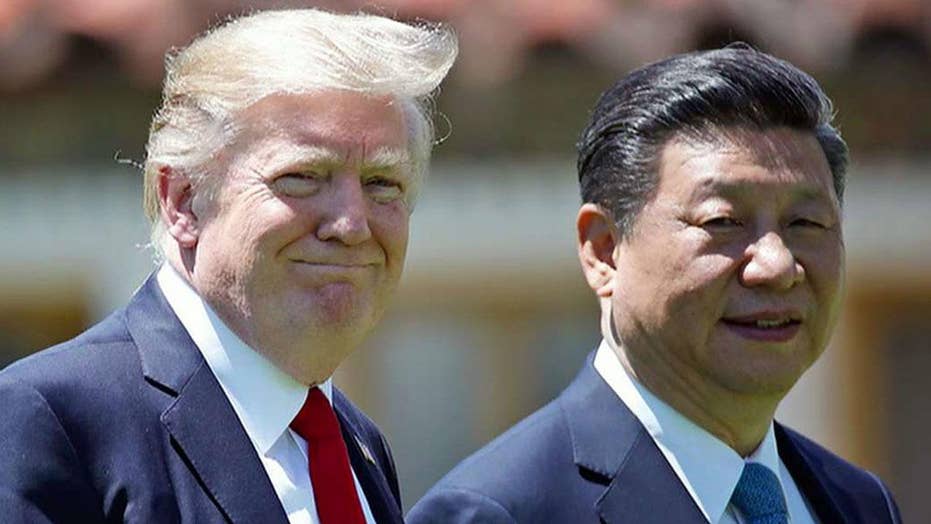 New signs of a potential US trade feud with China

President Trump seems intent on starting a trade war with China. If so, he had best get used to life without Twitter. Or for that matter, without computers, smartphones, cars, fighter jets, commercial airplanes or lasers.

All of those products contain so-called heavy rare earths, the 17 metals and minerals that power almost every consumer item that requires energy. China has a virtual monopoly on the production of rare earths, and has already signaled that if the United States imposes penalties on its exports, the supply could be cut off, quickly.

Because fully processed rare earths are relatively cheap, they are often taken for granted in the production chain. The U.S. military’s most advanced aircraft, the F-35 jet fighter, for instance, cannot operate without rare earths. Nor can aircraft carriers launch planes from their decks. And GPS and satellite-guided transportation systems will go dark.

Virtually all consumer products that use any kind of energy, graphics or optics need rare earths. So do wind turbines, solar panels and other producers of so-called green energy.

The United States used to mine and process rare earths, but allowed its production capacity to wither because China could supply them at a lower price. American businesses have, by and large, assumed that China will continue to supply them with rare earths, the way you expect water to come out of a bathroom tap.

But some, like Anthony Marchese, chairman of Texas Mineral Resources Corp., see a real threat. “If you control 100 percent of a commodity – in this case, heavy rare earths,” he told me, “why wouldn’t you use this as a threat? They would logically do that. Are they hurting themselves by doing that? Yes, to a certain extent. On the other hand, China is not run by economists. If the Chinese military believes this is the right thing to do, it doesn’t matter what its business leaders believe.”

The gamut of products that require rare earths is an encyclopedia of life in the 21st Century. Ever since manufacturers saw value in miniaturizing products like mobile phones, electronic watches, and GPS guidance systems, rare earths have been used increasingly. They are not expensive, and most consumers are unaware of their existence. But that doesn’t mean they are not vital.

“The analogy that I use is, you own a Ferrari that has a $50 oil filter under the hood,” says Marchese. “Without that oil filter, that Ferrari is useless.”

Virtually all consumer products that use any kind of energy, graphics or optics need rare earths. So do wind turbines, solar panels and other producers of so-called green energy.

Would China actually cut off its supplies in a trade war with the United States? Back in 2010, China and Japan had a territorial dispute. Without warning, China cut off its exports of rare earths. Japan folded.

“There’s no question that China has no respect for intellectual property,” says Marchese. “The problem we now face in the U.S. is that is that China is in a position of hurting us, at the same time as hurting themselves. It’s a game of chicken.”

And one that the Trump Administration seems to be playing without knowing the rules.