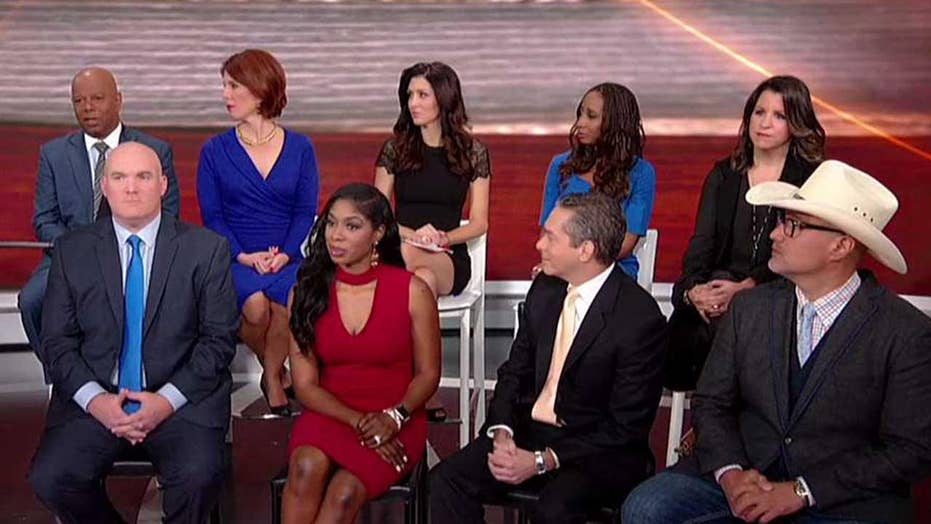 'Fox & Friends' reflects on the first anniversary of the historic election win.

New Yorkers will scream helplessly at the sky.

Twitter users are posting pretty pictures of how they viewed life a year ago, next to horrific, blood-filled scenes of what they feel today.

An odd couple delightfully known as Pussy Power and Indivisible Brooklyn Do or Die will obstruct traffic outside Trump Tower on Fifth Avenue to show they are “still here and still pissed.”

These are just a few of the juvenile protests that mark the one-year anniversary of Donald Trump’s election. If they seem too silly to take seriously, they are.

Unless, that is, you are the mainstream media in today’s United States, which regards anything negative about the president as front-page news.

The New York Times, which was once a decent newspaper dedicated to accuracy, headlined its story “Anniversary of the Apocalypse.” Webster’s defines apocalypse as “the complete final destruction of the world.” A bit of overstatement, perhaps, Good Gray Lady?

Because Trump lost the popular vote, but won the Electoral College tally, the Times has prescribed an apt punishment – abolish the College. That, of course, would require amending a little item called the U.S. Constitution. But if it prevents Trump from being re-elected – the progressives’ equivalent of Dante’s last circle in the Inferno – what’s a measly 289-year-old piece of paper that has guided the world’s greatest democracy?

For those in an even bigger hurry to rid themselves of Trump, various impeachment drives are underway. Our favorite in the competition for bad taste bordering on criminality is Democratic Rep. Maxine Waters of California, who vowed last month to “take Trump out.” Memo to Maxine: It is a felony to threaten the president of the United States. But Waters is immune from criticism in the press because of her race and her gender, so she got away with it.

To rub salt in the wounds of the Trump haters, the 45th president isn’t even a quarter of the way through his first term. That won’t occur until January – a long a bitter winter in the future.

So scream while the weather is mild and the sound of your silliness carries into the clouds. That’s where you’re living.

You’re also in the United States of America, whose president isn’t going anywhere.