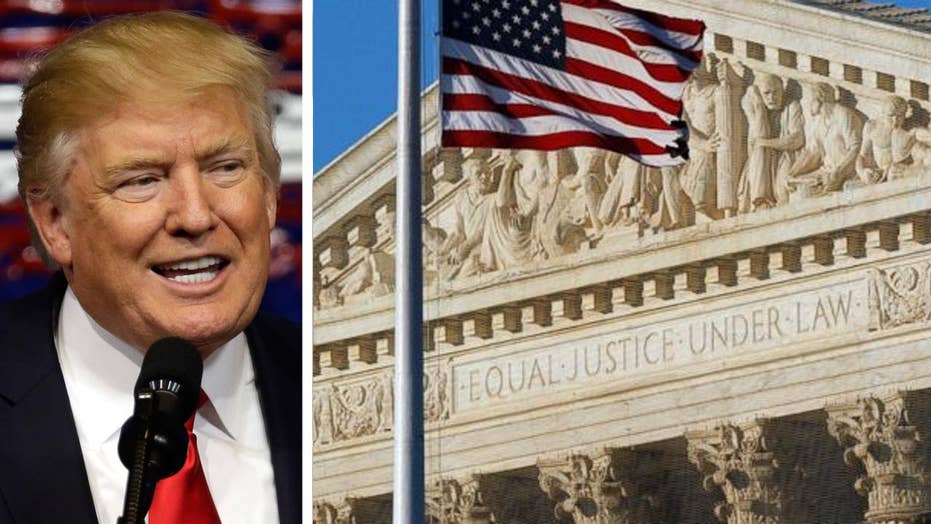 Who would be on Trump's next Supreme Court shortlist?

Those who want to preserve our constitutional republic spent a lot of time and energy getting Neil Gorsuch on the Supreme Court. There is no doubt that his confirmation was an important step toward achieving that goal. But with rumors swirling that another slot could open as soon as this summer, the public should realize that it is President Trump's next pick that will provide the opportunity to finally solidify a conservative majority that will protect the Bill of Rights and enforce the Constitution’s limits on the power of the federal government.

In case after case, Justice Antonin Scalia was that crucial fifth vote. From the Chicago and District of Columbia gun cases that recognized our Second Amendment rights, to the ones such as Citizens United v. FEC and Hobby Lobby v. Burwell that affirmed our First Amendment rights to speak freely and practice our religion without undue interference, he proved an essential bulwark. Thus, getting a proven constitutionalist such as Gorsuch to replace Scalia was vital.

But we must not forget that one of the other generally conservative justices, Anthony Kennedy, is often more mercurial when it comes to such issues. Known as the Court’s "swing" vote, he sides on occasion with the so-called conservative block on the Court, but has also joined the four liberal justices in important cases to create nonexistent "rights" or to advance socially progressive causes.

It was Kennedy's fifth vote that extended habeas corpus rights to foreign alien terrorists held at Guantanamo Bay in Boumedienne v. Bush in 2008.

It was Kennedy that created a nonexistent right to gay marriage in Obergefell v Hodges on an issue that heretofore was a matter entirely within the province of the states.

In Kelo v. City of New London, Kennedy joined the liberal justices to rewrite the eminent domain provision of the Fifth Amendment to allow private property to be seized by government for transfer to another private owner, instead of for a public purpose as the plain text of the amendment says.

In a case decided after Scalia died, and in which Justice Elena Kagan was recused, Kennedy wrote the majority opinion in a 4-to-3 decision that allowed the University of Texas-Austin to continue to discriminate on the basis of race in its admissions process in blatant violation of the Equal Protection Clause of the Fourteenth Amendment.

As Justice Clarence Thomas said in his dissent, the decision "rests on pernicious assumptions about race." It will perpetuate racial discrimination for years to come.

The same could be said of Chief Justice John Roberts. Like Kennedy, he has been on the right side on important issues such as free speech in cases such as Citizens United. But it was Roberts who provided the disappointing fifth vote in 2012 in NFIB v. Sibelius to uphold the constitutionality of the individual mandate in Obamacare forcing Americans to purchase health insurance.

And in 2015 in King v. Burwell, Roberts joined the four liberals and rewrote an unambiguous provision of Obamacare that provided federal tax credits only to individuals who bought health insurance through exchanges "established by the State" to say that the word "State" also includes the federal government.

If it is a liberal justice who leaves the Court, then replacing that justice with a conservative who believes in applying the Constitution as written would, obviously, provide an extra vote that could make the difference in cases where Anthony Kennedy (or perhaps Chief Justice John Roberts) sides with the remaining three liberal justices.

But even if it is Justice Kennedy who resigns (and he is the justice the rumor mills are concentrating on), replacing a justice who is only a part-time conservative with a full-time conservative could make a significant and very crucial difference in the outcomes of the decisions that come before the Court.

Whoever the next departing justice is, President Trump must make sure the next Supreme Court justice is someone who believes in the Constitution and the Bill of Rights 100 percent of the time, not just when it is convenient to achieve the particular policy goal the justice wants.

And President Trump will need someone who doesn't care what the New York Times, MSNBC, or the Washington cocktail circuit says about him or her.

He needs a rock-solid, principled lawyer who understands that the U.S. Supreme Court is the last defense against an increasingly powerful, oversized, busybody government that seems to believe it has the right to dictate every aspect of our lives.