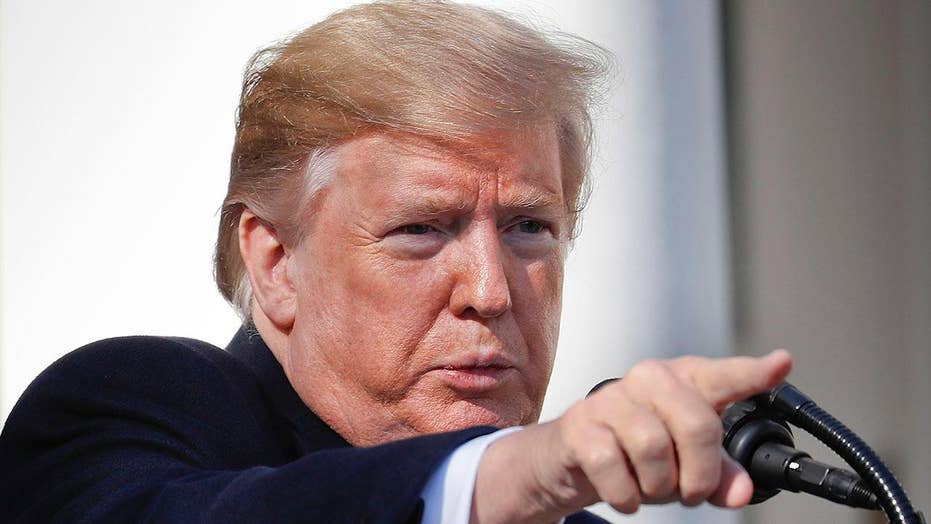 The need for a border wall should be debated in Congress, argues Jane Kleeb, chair of the Nebraska Democratic Party.

President Trump took bold and decisive action in the best interests of the American people when he declared a national emergency Friday to enable construction of a badly needed barrier along the U.S.-Mexico border to stymie human trafficking, drug trafficking and criminal crossings.

The president’s move is a dramatic contrast to the radical position of Democrats supporting open borders and the abolition of the Immigration and Customs Enforcement (ICE) agency, a vital law enforcement organization that protects our national security.

President Trump’s national emergency declaration is well within his executive authority. Along with other executive action and a new spending bill passed by Congress, it will permit him to reallocate and aggregate $8.1 billion in funding for a barrier along our southern border

“We fight wars that are 6,000 miles away – wars that we should have never been in in many cases, but don’t control our own border,” the president said in announcing his action.

“We are going to confront the national security crisis on our southern border” the president added in remarks from the White House Rose Garden on Friday, citing the urgent need to respond to  “an invasion of drugs, invasion of gangs, invasion of people” on the border.

Any fair-minded legal scholar or commentator would agree that, “Yes, The President Can Declare A ‘National Emergency’ To Build A Wall,” as a headline on a news story on the NPR website stated earlier this year.

Citing Elizabeth Goitein, co-director of the Brennan Center for Justice’s Liberty and National Security Program, the article notes: “Congress chose not to put any substantial – or really any – barriers on the president’s ability to declare a national emergency.”

President Trump’s emergency declaration Friday is not only lawful and constitutional – it is painfully necessary.

Congress passed the National Emergencies Act, giving the President vast powers in the event of a national emergency, in 1976.

Since then, Democratic Presidents Jimmy Carter, Bill Clinton and Barack Obama – along with Republican Presidents George W. Bush and Trump – have declared 58 national emergencies prior to the new declaration Friday, according to the Federal Register. A total of 31 of these emergencies are still in effect today.

Even the chairman of the House Armed Services Committee, Rep. Adam Smith D-Wash.,  at one point admitted that “unfortunately, the short answer is yes” when asked whether the president has the power to declare a national emergency.

President Trump’s emergency declaration Friday is not only lawful and constitutional – it is painfully necessary.

In 2017 alone, the number of Americans who died by drug overdose hit a new record, with more than 70,000 perishing. Much of the illicit drugs that tragically caused those deaths crossed our southern border.

During President Trump’s national emergency announcement, Americans saw the human face of these statistics as angel moms, dads, and family members sat in the front row holding pictures of their loved ones – all killed by people who should not have been in this country.

President Trump’s announcement also recognized the very real humanitarian crisis on our southern border as people make the perilous trek north to the U.S. On the journey, an estimated one-third of women migrants are sexually assaulted and countless children trafficked and exploited.

President Trump’s national emergency declaration acknowledged this vast security and humanitarian crisis on our border and came after the president made extraordinary efforts to find a compromise with Democrats.

In a good-faith search for a compromise, the president changed his request for funding from a concrete wall to a border barrier of steel slats. He added $800 million in humanitarian assistance to a potential deal.

President Trump also offered three-year temporary protection from deportation to roughly 700,000 young people in the Deferred Action Childhood Arrivals (DACA) program. The young people were brought to the U.S. illegally when they were children.

And the president reopened the government temporarily after a shutdown to give Democrats more time to respond to his generous compromise proposals – but House Speaker Nancy Pelosi, D-Calif., stubbornly refused to compromise, even when the president offered her things she requested.

The sad truth is that the Democrats advocating open borders and abolishing ICE were never interested in compromise. They refused to appropriate adequate funding for a border barrier because doing so would secure our porous southern border and protect the American people, thus ultimately delivering President Trump a political victory.

It was pure politics for the left, leaving the president with no choice but to move forward with a national emergency declaration to secure our border.

Democrats obstructed and marginalized our crisis on the southern border – with Pelosi sarcastically promising $1 for the wall and suggesting “mowing the grass” would solve the problem. This forced President Trump to act.

By acting on behalf of the American people President Trump did what was right and what we should expect from any president. As a result, he will be sure to be rewarded for this with re-election in 2020.