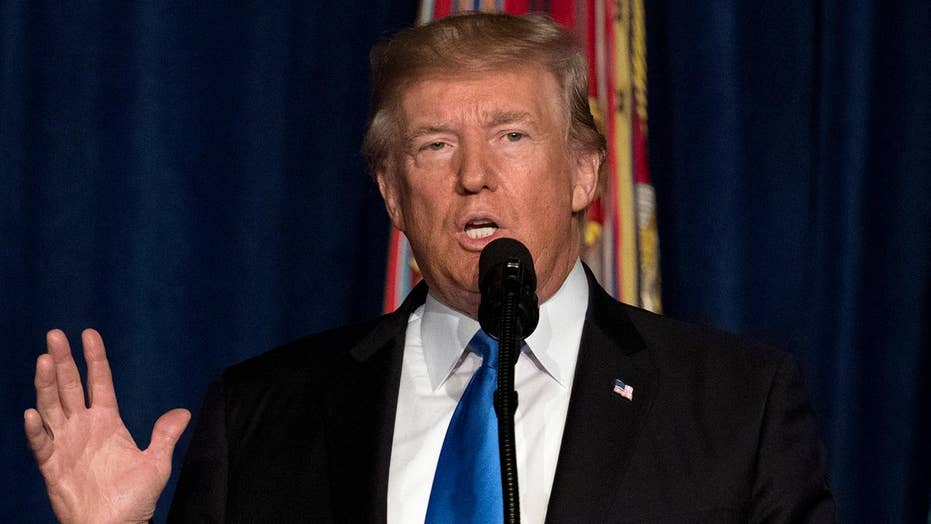 The art of smart, strategic and successful foreign policy is clearly something not mastered by every president. In fact, most presidents fumble on the world stage, failing to articulate their vision for American’s engagement with the world, what Washington’s international priorities should be or how they will advance their agenda once declared.  As one senior George W. Bush National Security Council official said to me last week: “Everyone knows what bad foreign policy looks like. But good foreign policy seems exactly that—‘foreign.’”

Our last president—thanks to unenforced “red lines” and “pivots” that went nowhere—learned that lesson the hard way. And it now seems President Trump will not only have to fix the many mistakes of Barack Obama, but somehow, pursue his own “America First” strategy—all at the same time.

To be honest, I almost feel bad for him.

We will be there to help, but at the end of the day, this is a fight Afghans must take the lead in. Otherwise, all the money, arms, ammunition and allies in the world won’t make a difference.

And no other foreign policy dilemma demonstrates such challenges for the Trump Administration than Afghanistan. Since the very day America stepped foot in that far away land back in October 2001—commonly referred to as the “graveyard of empires”—success after the initial overthrow of the Taliban has come in starts and stops. Even with 100,000 troops in that war-torn nation under the Obama administration, trillions of dollars spent and too many American lives lost, something close to resembling a final victory seems far off.

During the 2016 presidential campaign, then-candidate Trump seemed to be of the mindset that it was time to end America’s longest wars, and seemed to favor a pullout. But like many other men who came before him, what once seemed like a good idea as a contender for the presidency looks very different once you step foot in the Oval Office. He admitted as much last night in his address to the nation.

So with America once again committing more lives and loot to Afghanistan, what should America’s strategy for the long-term be?

For me, that seems rather simple: to never allow Afghanistan to once again become the blackhole from which terrorism can once again rain down death and destruction on innocent Americans. And Monday night, despite criticism from some that he was abandoning his goals from the campaign, President Trump made the only decision he could—to attack the terrorists who would like nothing more than to inflict harm on us and destroy our very way of life.

For those who keep asking for the president to “evolve” or “grow into the office,” you have to admit, this was the moment we have all been waiting for, in a carefully delivered prime time speech. Reports explained that President Trump took months to consider his decision, to ask tough questions, and to carefully look at alternatives. You can say what you will about his 140 character crusades on Twitter or his sometimes shoot-from-the-hip political style, this was none of that.

This was a man having to admit a hard truth publicly, that his original “instinct” for withdrawal would have invited disaster, while presenting the nation what he felt was the best option in a war that he inherited in a place most Americans can’t even find on a map. Clearly not an easy task for someone who until January had never held any position in any government anywhere, and was a newcomer to the inner workings of America’s national security challenges, something many of us seem to forget.

But from here there comes another hard truth, a truth that might be a bitter pill for some in Washington to swallow. We should be under no false allusions about the road ahead, as the president seemed to allude to in his remarks. Afghanistan will not become a beacon of democracy or a model of stable governance in Central Asia for generations—in fact, it may never resemble a working state like those we take for granted. Decades of war have robbed it of that opportunity. But we can and must be a vital partner to the Afghan government, helping them in their time of need when the Taliban seems on the march. However, it is Afghans that must win the fight for their future, and President Trump said as much. We will be there to help, but at the end of the day, this is a fight Afghans must take the lead in. Otherwise, all the money, arms, ammunition and allies in the world won’t make a difference.

And there might even be a final truth yet to come: there will likely be no “victory” in Afghanistan for America. There will be no parades down the streets of Kabul celebrating the complete death and destruction of the Taliban.

But there is a victory President Trump can claim, and indeed, seemed to point to last night—making sure no more towers fall like they did almost sixteen years ago, with terrorist masterminds plotting in Kandahar or somewhere in Afghanistan. That is a victory every American should hope for.