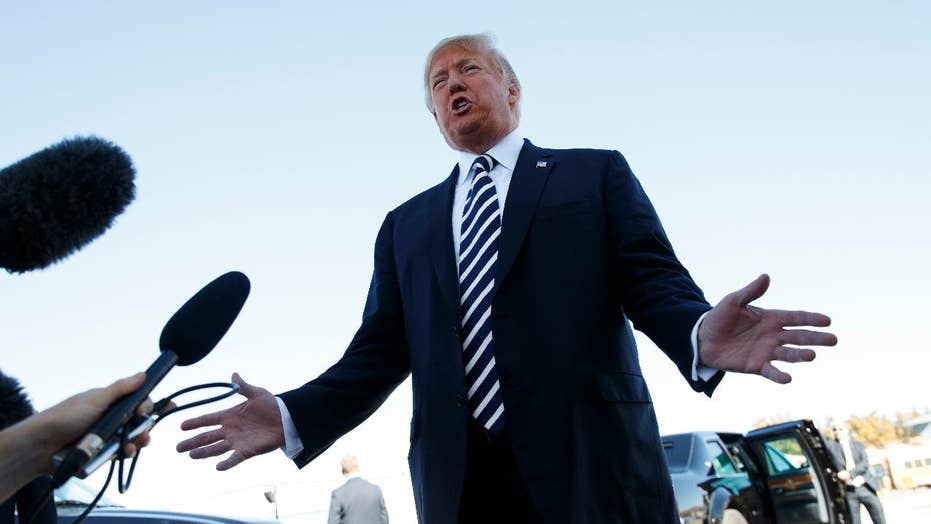 Over and over again since President Trump’s inauguration, we’ve seen the same story play out when it comes to U.S. participation in ineffective international treaties. Despite warnings from top experts and former officials that changing an agreement would be impossible and dangerous, the Trump administration dissolves or reworks a treaty, to the benefit of all involved.

For the most recent example, you need only look as far as United States-Mexico-Canada Agreement – the new version of the North American Free Trade Agreement (NAFTA).

Now we’re seeing the same story play out regarding the Intermediate-Range Nuclear Forces (INF) Treaty between the U.S. and Russia. Russia has been violating the treaty for decades. Even President Obama acknowledged this.

In addition, China is not a party to the INF Treaty. This Cold War-era agreement – signed in 1987 by President Ronald Reagan and Soviet leader Mikhail Gorbachev – has not been re-evaluated in decades. It is well past time we take a second look at it. This is what the Trump administration has done.

President Trump announced Oct. 20 that the U.S. intends to withdraw from the INF Treaty.

Predictably, experts around the world warned of impending doom.

“This is the most severe crisis in nuclear arms control since the 1980s,” said Malcolm Chalmers, the deputy director general of the Royal United Services Institute, a British think tank.

At a press briefing in Moscow, Bolton presented evidence dating back to early in the Obama administration that supports President Trump’s move to withdraw from the INF agreement. Bolton also outlined a wide range of geostrategic challenges that warranted his trip to Russia.

Bolton is perhaps the most qualified national security adviser in history to tackle nuclear and counterproliferation challenges, with decades of counter-proliferation and arms control experience at high levels of the U.S. government, including the U.S. withdrawal from the Anti-Ballistic Missile (ABM) Treaty. That treaty was signed by President Richard Nixon and Soviet leader Leonid Brezhnev in 1972. President George W. Bush announced the U.S. withdrawal in December 2001.

Then, as now, there were dire warnings of grave consequences should the president withdraw from an arms control treaty with Russia – none of which came to fruition.

While the INF Treaty is between the U.S. Russia, a major reasons for the U.S. withdrawal is that the pact does not apply to China and other nations.

China has the most rapidly expanding nuclear arsenal on the planet, but is not limited by the arms control agreement. Russia ignores it the INF Treaty and the rest of the world is left in the middle. It is a situation benefitting no one. As he has many times before with other agreements, President Trump has recognized the INF Treaty is a bad deal for the United States.

Following rumors that the United States would be withdrawing from the treaty, Russian Foreign Minister Sergey Lavrov essentially said his nation will flood the world with nuclear chaos if the United States even temporarily walks away from the INF pact. This statement is not only irresponsible – it has no basis in fact. President Trump is calling Russia’s bluff.

Lavrov’s statement implies that words on a paper – words Russia systematically ignores and violates – are the only thing keeping his country in check. If Russia ignored this treaty in the first place, what makes us think its actions will be any different when the treaty is not in place? Lavrov is threatening a nuclear arms race – one he knows Russia has no way of winning.

On many levels, leaders around the world are overvaluing the INF Treaty. As we’ve seen in the past, the Trump administration is making a bet that withdrawing from a treaty will lead to a realignment in relations, possibly laying the groundwork for an even more constructive agreement. This is a bet that has paid off for American national interests.

Withdrawing from the INF Treaty is consistent with an emerging pattern of Team Trump – establishing reciprocity, realism and results as the basis for major power and alliance relations. So far, the results have far exceeded expert expectations. I am encouraged by President Trump’s action and by Bolton’s work on this important issue.