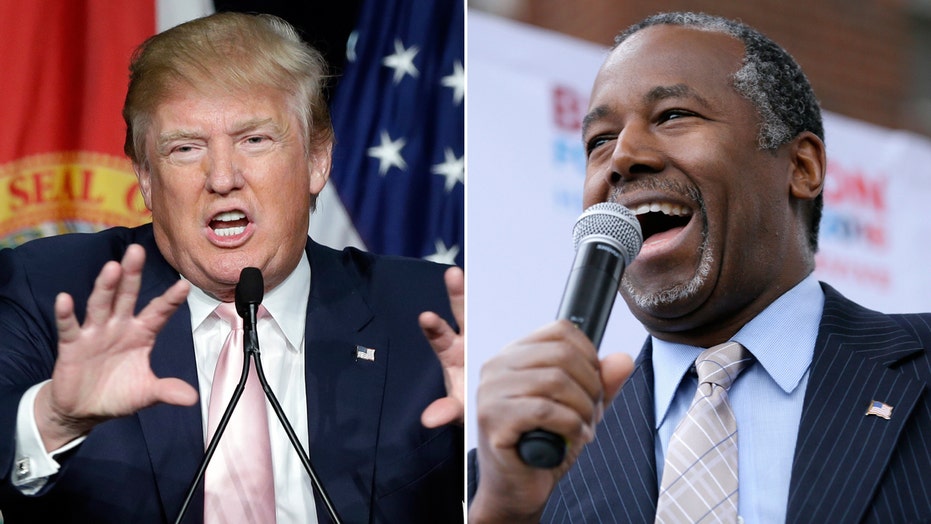 Trump refusing to apologize to Carson for religion comments

Does Dr. Ben Carson have what it takes to be president of the United States? That question will likely be answered Wednesday night at the third Republican debate in Boulder, Colorado.

We have all heard the joke about something not being that difficult – “it doesn’t take a brain surgeon to figure it out.” However in this instance, while the right political debate strategy is obvious, it remains to be seen whether one of the world’s most renowned neurosurgeons can figure it out.

“Events” said Ralph Waldo Emerson, “are in the saddle and they ride mankind.” A slew of Iowa polls now show Carson leading in the first-in-the-nation Iowa Caucuses. There is also a brand-new CBS News/New York Times poll out Tuesday showing the good doctor ahead of Trump nationwide for the first time.

While the right political debate strategy is obvious, it remains to be seen whether one of the world’s most renowned neurosurgeons can figure it out.

The Donald says no one should believe these polls because the pollsters are either losers or don’t like him.

Admittedly, the new CBS News/NYTimes poll which has Carson leading Trump by just one point is within the margin of statistical error. But the Iowa polls giving Carson a clear lead are consistent with previous surveys that have gathered the opinions of Iowans who actually participated in the last two presidential caucuses. Previously, very conservative female born-again or evangelical Christians looking for a candidate who shared their values on social and character issues determined the winner in Iowa. Right now, Carson is their favorite.

But Carson’s supporters need a dose of realism: For example, a surprisingly large segment of Iowa caucus goers said they didn’t settle on a choice until the campaign’s closing days.  For months, the press, pundits and political elite have been saying Donald Trump’s smash-mouth politics can’t win. But he has remained consistently atop the GOP polls every time, in every state.

Until now, that is, in tiny Iowa. Is it the canary in the coal mine? All eyes in the media “spin” room and across TV-land Wednesday night will be on the angry knife fighting teenage boy from gritty urban Detroit who matured into the scalpel wielding maestro at John Hopkins’s famed hospital.

Americans will be watching the surgeon vs the showman. Could they be any different?

Carson is soft-spoken, almost papal in his humility toward God’s universe. He is the “we” candidate.

Trump stomps across the political landscape brandishing a flogging stick in each hand: in Trump-land, carrots are for losers. The Donald is the “me” candidate.

The eight candidates on the debate stage will hope to utter just one memorable sound bite. But the big event, the defining moment, has already been pre-set. Trump recently suggested that Dr. Carson’s faith – he is a Seventh-day Adventist – may make his rival unfit for the presidency.

Based on prior debates, the moderator will confront both men on this issue. Carson can wait to be asked or be pro-active. Either way, what he needs to say is this:

“Mr. Trump, you have criticized my religion, Carly’s appearance, demeaned Jeb’s family, and called many here tonight losers or worse. You are a braggart, a bully and a bigot. You couldn’t last 10 minutes in my neighborhood growing up. You worship money and find no sight greater than what you see looking in the mirror. You disrespect Hispanics, women, and those who pray to God differently than you do. Your impulse is always to divide, not unite, to label, not love, to hit, not heal. With all due respect, your ego and vanity are appalling, no wonder you are more unpopular than Hillary Clinton.”

Carson’s advisers may have another strategy for tomorrow night. Trump’s campaign can only hope so.