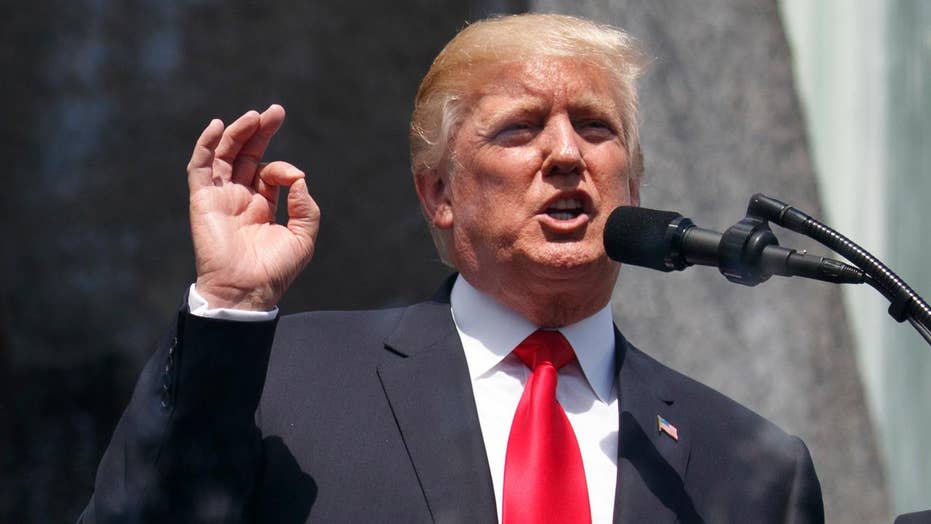 Lee Carter puts the president's remarks to the dial test

“The west is the best” sang Jim Morrison on The Doors’ first album.  He didn’t seem to be talking about Western culture (though with Morrison, who knows?).

But when President Trump sang the same tune at his recent speech in Poland—and he was most certainly praising Western culture—you’d think he wanted to reintroduce slavery, based on the reaction of his critics.

Jeet Heer in The New Republic responded: "Trump is defining the West not based on ideals like democracy and liberty, but atavistic loyalties to territory and shared kinship.”

Did Jeet hear the entire speech?  For instance, did he miss the line where President Trump said “above all, we [....] share the hope of every soul to live in freedom”?

It’s true the president often referred to the ties that bind U.S., Poland and NATO nations in general—kind of makes sense when you’re speaking in Warsaw—but the highest ideals he spoke of were universal.

I have no doubt that these critics have significant disagreements with Donald Trump. But that doesn’t give them the right to caricature his speech, and then argue against the caricature.

Peter Beinart in The Atlantic wrote: “The West is a racial and religious term. To be considered Western, a country must be largely Christian (preferably Protestant or Catholic) and largely white..."

Trump did draw lines in his speech, opposing Russian aggression and radical Islamic terrorism (and government bureaucracy), but what he saw as desirable knew no specific racial or religious boundaries.

As he noted, “The West became great not because of paperwork and regulations but because people were allowed to chase their dreams and pursue their destinies.” Pursuing dreams can happen anywhere, as long as the people are free.

And later, he stated some of the basic notions that made the West special, such as “the rule of law” and “the right to free speech and free expression.

True, he spoke out in favor of faith, but no particular faith.  If citizens enjoy the other freedoms Trump mentions, the faith he refers to is one that is voluntarily chosen.

Eugene Robinson declared in the Washington Post: "If the president read a few history books, he’d know [....] that Europe rose to dominance not by erecting walls, but by opening itself to the rest of the world -- its resources, products and people.”

I don’t know what books the president has read, but while he believes in certain limits on immigration (and I’m guessing so does Robinson, just different limits), the world envisioned in the Warsaw speech is an open and curious one, not afraid of challenges.

(As for products and resources, while the President isn’t happy with certain trade treaties, the speech Robinson is criticizing was in favor of greater trade: “America is eager to expand our partnership with you. We welcome stronger ties of trade and commerce as you grow your economies.“)

In Slate, Joshua Keating decided “Trump’s speech will be discussed as an offensive broadside against the world’s nonwhite, non-Christian population.”

I guess it will if the Joshua Keatings out there have anything to say about it.

I have no doubt that these critics have significant disagreements with Donald Trump.  But that doesn’t give them the right to caricature his speech, and then argue against the caricature.

Trump seems to believe in the basic values of Western culture as we understand them today.  The differences his critics have with him are mostly over his particular policy prescriptions.

Beinart et al. would do better to honestly take on the points Trump raises, rather than question his motives and call him names.

If they did that, they might even discover they actually agree with Trump on some things.  The horror!