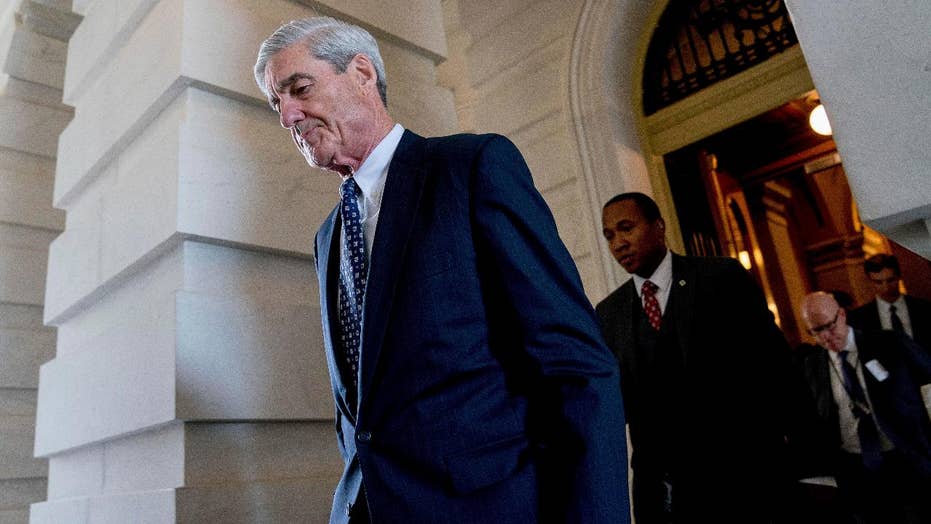 The midterms and the Mueller probe

Ever since Robert Mueller was appointed as special counsel in May 2017 to investigate Russian interference in the 2016 U.S. presidential election – and possible Russian collusion with Donald Trump’s campaign – a major question has loomed: Will Mueller and his team of prosecutors get to interview President Trump?

Negotiations between the Mueller team and lawyers for President Trump – including former New York City Mayor Rudy Giuliani – for a possible presidential interview have gone on and on and on, yet as far as we know the question of President Trump’s testimony remains unresolved. And all the while, the Mueller probe has preoccupied the news media, the American people, the president and his administration – with no end in sight.

The continuing Mueller investigation is like an open wound on the presidency and our nation. It needs to be brought to a close – and the best way to do that is for the president to tell Mueller all he knows about Russia and the election that put him in the White House.

Whether you support him or oppose him, we can all agree that President Trump is unconventional – doing things other presidents have never done. So now it’s time for him to take another unconventional step: testify before Mueller and his team of prosecutors, under oath, and on live television – so the American people can hear directly from their president on the Russia investigation and other allegations of wrongdoing against him, his campaign and his associates.

Once the president testifies, Muller should quickly wrap up his probe, lay his cards on the table by producing a report, and give us his assessment of whether the president or anyone working for his campaign or in the White House who has not already been charged with a crime broke the law and should face new charges.

And in President Trump’s case, Congress should examine the Mueller report and decide whether to begin impeachment proceedings against the president. We all know the impeachment cloud is hanging over the president’s head – weakening him as a world leader, limiting his effectiveness at home and taking his attention away from the many duties of his office. One way or another, this needs to end.

Why would President Trump want to testify on TV before Mueller? Wouldn’t he be exposing himself to greater legal jeopardy and a greater chance of impeachment?

If the president is innocent of wrongdoing – as he has stated many times – he should have nothing to fear. He can save himself, his family and members of his inner circle from the prospect of further investigation by sitting down and answering Mueller’s questions.

Several of the questions around which prosecutors are circling involve matters of mental state or intent. There are plenty of them.

Did Donald Trump conspire with Russia to win the presidency? Is he aware of anyone on his campaign doing so?

Did President Trump fire FBI Director James Comey because he intended to block the investigation into Russian election meddling? Or did the president remove Comey because of the FBI director’s record of bad judgment in publicly announcing investigatory steps into the Hillary Clinton presidential campaign during the summer and fall of 2016?

Did Trump intend to protect his family when he authorized the hush-money payoffs to two women alleging they had extramarital affairs with him? Did he even know about the campaign finance limits when he reimbursed his personal attorney, Michael Cohen, for payments to the women?

Let’s face it: if marital infidelity was an impeachable offense, a lot of our presidents would have been forced out of office. As was the case with Bill Clinton when he was impeached by the House (but acquitted after a trial in the Senate) we can expect lawmakers will require criminal behavior before they convict a president in an impeachment trial. So the question is not whether Trump was a faithful husband – it’s whether he broke any laws in trying to keep his alleged affairs (affairs he denies) quiet.

A publicly aired interview with Mueller – without any limits on questions – would allow President Trump to tell all he knows and pave the way for an end to the Mueller investigation.

Prosecutions like those against former Trump campaign chairman Paul Manafort and Michael Cohen could be pursued by U.S. attorney’s offices. So could other new cases of alleged criminal activity Mueller has uncovered.

By testifying voluntarily, President Trump would spare the nation the harm of a constitutional showdown with Mueller if Mueller tries to subpoena his testimony and the president fights such a move all the way to the Supreme Court.

As occurred with President Nixon’s tapes of White House conversations during the Watergate scandal, lower courts and ultimately the Supreme Court may assert the final authority to find the president’s testimony relevant to the investigation. The high court could decide that executive privilege must give way to the needs of a criminal investigation and order the president to honor a subpoena.

President Trump would then trigger a constitutional crisis if he refused to obey a judicial order – a step that President Nixon refused to take when he handed over his tape recordings in the Watergate case.

By agreeing to an interview with Muller and his team, President Trump would also honor the fundamental constitutional responsibilities of the presidency. A private individual in Trump’s circumstances might choose to refuse to cooperate, out of fear of a “perjury trap” – where prosecutors seek to trick a witness making a false statement under oath. A private person could also invoke his Fifth Amendment rights against self-incrimination and refuse to testify under those grounds.

Consequently, the president must cooperate with the demands of those very prosecutors who work for him in the execution of his constitutional responsibilities. Otherwise, he encourages everyone to resist the needs of law enforcement, frustrates the carrying out of the laws, and ultimately fails in his constitutional duties.

For President Trump, his constitutional duty must come first. That demands that he tell the nation, under oath, once and for all, the truth about his 2016 campaign.

And if the president does this, Mueller has an obligation to wrap up his probe, report to Congress and the American people, and let the chips fall where they may. Our nation’s best interests will not be served if this investigation lasts for months and even years longer.