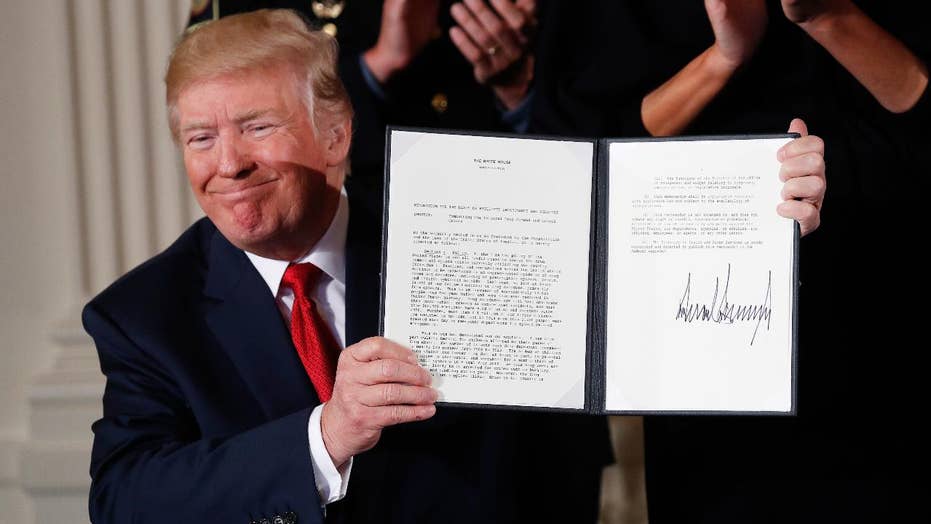 The opioid crisis is characterized by despair – for those caught in the grip of addiction, for their loved ones, and for those who want to solve what President Trump has now officially deemed a public health emergency.

For many Americans, an effective antidote to despair is faith and community. It’s a shame that President Trump’s announcement last week on the opioid crisis did not include this essential component.

After all, there is a legitimate role within our government for the empowerment of local, faith-based solutions. As the leader of a culturally divided and spiritually struggling nation, the president should acknowledge and leverage the power and importance of community and faith-based solutions for addicts and others in despair.

Indeed, the White House Faith-Based & Community Initiative, established by President Bush in 2001, successfully channeled federal funds to the organizations that were most effective in the nation’s social service network.

President Bush knew that faith-based groups and institutions are frequently best positioned to help Americans in need. His administration enabled those groups to compete for federal dollars on an even playing field. This change in the way the federal government addressed social challenges enabled more hearts to be healed.

There is no doubt that President Trump feels strongly about ending the opioid epidemic. His compassion for those affected is apparent, and his own experience as the brother of an alcoholic brings a deeply personal element to his dedication.

The president would do well to bring that personal element more deeply into his list of opioid crisis solutions by involving those who can impact the lives of individuals when it comes to addiction.

Federal initiatives for the development of non-addictive pain medication or the regulation of certain types of pharmaceuticals are interesting tactics, but none get to the heart of the matter in the way that only community and faith-based programs – and, frankly, a higher power – are able to do.

Put another way: Is Washington going to heal the hearts of the opioid crisis? Can the swamp adequately address an epidemic wrapped in despair?

These questions remain to be answered, but I do know this: The federal government often does its best work when it returns power and resources where they belong – to states, localities, communities and neighborhoods.

In a perfect world, the money would never go to Washington in the first place, but its return to a place closer to the people can be appreciated by anyone – including the president – who believes the federal government has grown too large, too powerful, too arrogant and too distant from the people it is supposed to serve.

President Bush’s faith-based emphasis made many non-believers uncomfortable. He endured cries about the separation of church and state in order to leverage the unique ability of local and faith-based programs to help those in need. I believe he did the right thing and that his initiatives were an admirable acknowledgement that Washington can’t solve every problem.

We know that President Trump is – rightly – critical of the swamp, and that he doesn’t shy away from upsetting his opponents on the left. When it comes to the opioid crisis, he should partner with those on higher, drier land: states, communities, and those helping their brothers and sisters rise above despair through faith.