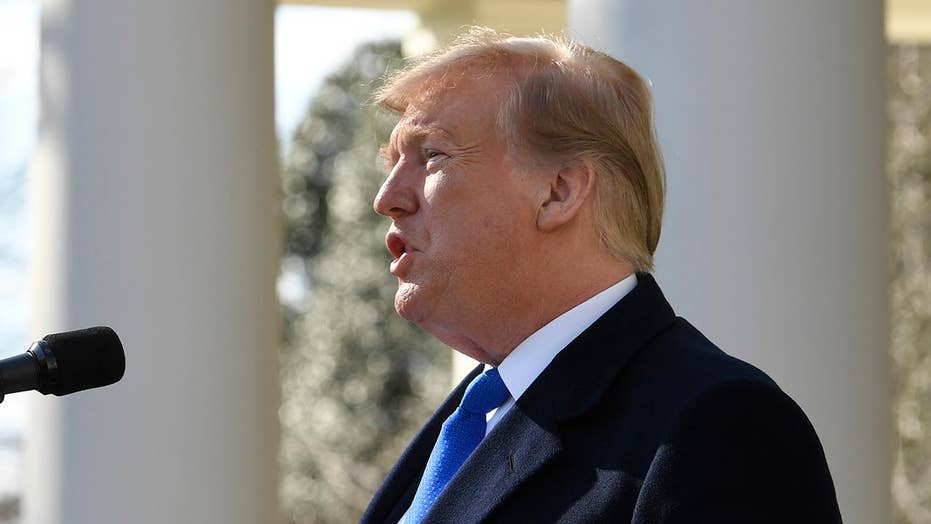 Many signs point to a trade deal of sorts with China coming together.  Top U.S. negotiators left Beijing on Friday without an agreement but both sides claimed progress and announced they will meet again next week in Washington.  Wall Street cheered the news.

But there is still ample reason to be skeptical that China is serious about reform.

The talks are the latest product of pressure President Trump has applied to China since taking office.  Last March, his top trade representative found that China systematically steals U.S. technology through unfair business practices and theft.  That wasn’t news to anyone who follows trade or China, but, as an official act, it marked a fundamental turning point in history where Washington would no longer pretend China was just a benign competitor.

The Trump administration began applying modest tariffs to pressure Beijing to reform, and was set on January 1st to increase duties on $200 billion of Chinese imports (about 40 percent of the total) from 10 percent to 25 percent.  Then the administration gave the Chinese an extension to March 1 to reach a deal.

By most reports, China’s communist government has done what is always does when backed into a corner: lie, bribe and obfuscate.

For the lie, Beijing continues to deny that it conducts or permits cyberattacks on U.S. companies to steal their technology—a denial that makes it unlikely they will stop the behavior.

For the bribe, Beijing has offered to purchase a bundle of U.S. goods to reduce the massive trade deficit we have with China, which amounted to $335 billion in 2017.  According to administration officials, this offer includes purchases of soy beans, grains, liquefied natural gas, and most recently, semiconductors.

Those in the semiconductor industry note the Chinese offer is disingenuous, since while some U.S. companies make computer chips here, those chip wafers are invariably assembled into final products abroad.  In other words, China is offering to buy something we don’t sell.

President Trump deserves enormous credit for getting us to this point.  He has ended a dangerous charade.

Beijing’s offer to buy natural gas is also disingenuous since we are currently exporting the maximum our gas infrastructure will physically allow.  While Chinese imports of U.S. gas might cut our deficit with China, it would mean we aren’t exporting the gas to someone else.  The overall U.S. trade deficit would be unchanged.

For the obfuscation, Beijing has reportedly been coy about agreeing to end practices that force U.S. companies operating in China to transfer their technology to Chinese companies, as well as Beijing’s favoritism for its state-owned enterprises and other non-tariff barriers to trade.  China also wants to limit our ability to restore tariffs if it cheats, and minimize any mechanism to monitor Chinese compliance.

But these features are critical because of Beijing’s long history of cheating on international agreements and promises, ranging from modest ones, like its 2015 promises to President Obama not to conduct cyberattacks or militarize South China Sea islands, to big ones, like its 1984 promise to Britain to respect Hong Kong’s autonomy in exchange for the colony’s handover.

President Trump deserves enormous credit for getting us to this point.  His predecessors have allowed China to infiltrate and devastate U.S. industry while arming itself for war—in exchange for the mirage of access to China’s large population of consumers—something China has managed to sell to foreigners since at least the 19th century without ever delivering the goods.  Trump has ended the dangerous charade.

But nothing reported so far in the framework that could be headed to Trump’s desk indicates the Chinese government has decided to straighten up and fly right.  It would be better to hit Beijing with higher tariffs and wait for them to come to us with a better deal in a second Trump term; a distinct possibility since China needs trade with America far more than we need it with them.  There are six billion other people on the planet with whom we can trade, and our domestic economy is booming while China’s is stumbling.  Furthermore, as we have learned the hard way with China’s ally, North Korea, improvements in conduct must be demonstrated before sanctions and tariff relief, not after, when they are unlikely ever to occur.  That’s just the way it works with communists.

If Trump does sign a deal, he should signal that is it just a starting point, not the end.  The question isn’t “if” but “when” China will cheat, which it must do to preserve its economy and the Chinese Communist Party’s control of the country.  Trump should make clear that there is no going back to the bad old days of overlooking Chinese transgressions, and he should make it a national policy to downgrade and replace trade with our Chinese adversary.