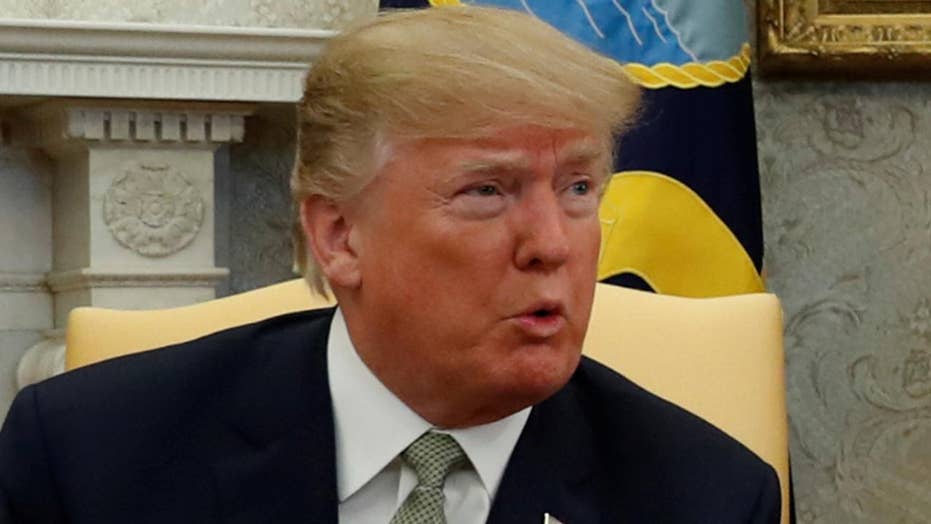 U.S. sanctions imposed Thursday on Russian individuals and organizations are a clear sign that President Trump will not tolerate Russian behavior that we would expect from outlaw states like Iran and North Korea. More sanctions will be warranted if Moscow continues its present course.

It seems clear that President Trump had a goal in mind when he developed his administration’s approach to dealing with Russia: hold out the prospect of better ties to ensure a lessening of tensions in places like the Baltics, Ukraine and Syria – and perhaps to get cooperation on important issues like terrorism.

I always supported such a plan, since the payoff was obvious. Considering the geopolitical problems America faces across the globe – North Korea’s nukes, China’s challenge in the Asia-Pacific, and an Iran that will stop at nothing to dominate the Middle East – it certainly seemed like smart diplomacy for the president to try to reduce the chances of a second Cold War with Russia.

However, thanks to Russia’s clear attempt to meddle in our elections, constant troublemaking in Ukraine and Syria, and now a chemical weapons attack on British soil, another attempted “reset” of U.S.-Russian relations is impossible – perhaps even downright foolish.

Going forward, Russia should be seen as a rogue nation and should be treated accordingly.

To be fair, it always seemed like a confrontation with Russia was in the offing, but thankfully delayed. But now President Trump is learning the hardest of hard lessons: America’s and Russia’s national interests have diverged to such an extent that a rapprochement, at least for the time being, is clearly not possible.

What happens next is what counts. Moscow is already angry over past sanctions that have squeezed its economy. President Vladimir Putin will certainly look to strike back in some way. We should remember that Russia has many ways to respond in an asymmetric fashion that Washington must be on the watch for.

For example, Moscow could increase its support for separatist forces in eastern Ukraine. And considering Russia has not responded to America’s decision to arm the Ukrainian military with offensive weapons – and specifically anti-tank systems that could prove quite effective – this could be the moment that Moscow decides to surge its support to separatists by sending back in those “little green men” (disguised Russian troops) to sow more chaos.

Then there is the Syrian civil war. Since Russia’s support of Syrian dictator Bashar Assad tipped the scales in this brutal conflict, we should not be surprised if Moscow decides to respond in some way here.

With U.S. and Russian warplanes sometimes sharing the skies of Syria, we can’t rule out a show of force by Moscow. This could include closely tailing U.S. fighter jets in displays of strength or even shooting down U.S. surveillance drones.

Considering the stakes in Syria – with Russia recently warning America that if its forces ever came under attack by Washington it would respond militarily – this is one flashpoint we must watch carefully.

And then there is North Korea. Senior Pentagon and intelligence officials I have spoken with over the last few months have always feared that if U.S.-Russia relations ever hit a breaking point, the first move Putin would make would be to fully back the North Koreans in their confrontation with Washington.

Putin might decide to help North Korea break the sanctions regime Russia has supported by taking actions such as ramping up efforts to supply the North with oil and natural gas, and even helping Pyongyang launder funds.

Moscow could even go as far as giving North Korea advanced weapons platforms like air defense assets. If that were to happen, Pyongyang would have a powerful weapon to shoot down U.S. or allied forces in the skies if war ever did come to the Korean Peninsula, raising the stakes dramatically.

We should also not discount Russia’s ability to wreak havoc using cyber means. Considering the midterm elections coming up in November, we should make sure we are ready for another effort by Moscow to sow discord in our democracy. Russia could manipulate trends on social media by using bots on Twitter to hype negative stories and could help disseminate fake news across the Internet.

Thanks to a combination of history, geopolitics, diverging national interests and horrific timing, Russia and America are back at each other’s throats once more. And considering the fact that both nations hold in their possession thousands of nuclear weapons, one can only hope that this latest breakdown in the U.S.-Russia relationship is not the start of much bigger problems to come.