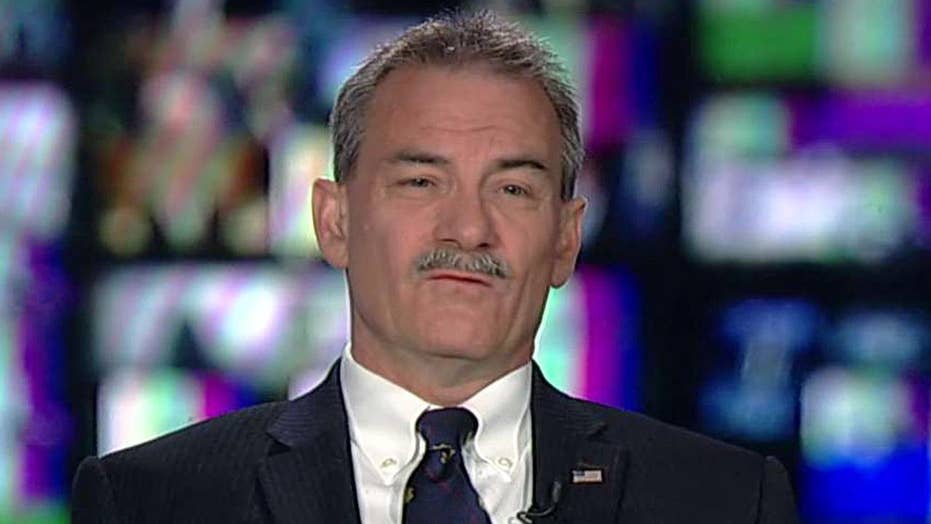 Charles: Trump the victim of a political attack by FBI, DOJ

Former assistant secretary of state sounds off on the FISA memo.

Whatever the media and Democratic detractors say, the memo released by Republicans on the House Intelligence Committee Friday that revealed how the FBI and Justice Departments abused their powers to spy on the Trump presidential campaign is breathtaking.

This kind of thing should not happen in America. Average Americans have not heard the last of this. They were betrayed.

In sum, President Trump was right. As he said in tweet Saturday morning: “This memo totally vindicates ‘Trump’ in probe. But the Russian Witch Hunt goes on and on.”

It turns out the much-maligned chairman of the House Intelligence Committee, Rep. Devin Nunes, R-Calif., is one of the most daring whistleblowers in modern American history.

Nunes was right to be distressed at what he discovered. All Americans should be. Why Democrats on the Intelligence Committee do not share this distress is beyond understanding, except because of shortsighted maneuvering for political advantage.

The memo by Republicans on the committee summarizes raw intelligence confirming that formerly steady and professional staff of the Justice Department and FBI were motivated to act against candidate Trump by personal antipathy toward him, media-stoked fear of him, and perhaps personal loyalties to Democratic presidential candidate Hillary Clinton. As a result, they traded their integrity for betrayal of democratic principles and our Constitution.

Ironically, I have interacted with some of these professionals during the past two decades, and never perceived them as political. But something overcame them, grabbed them and turned them into something else during the 2016 election campaign. They devolved into political animals.

The four-page memo confirms that Justice Department and FBI leadership were directly and personally intertwined with a company hired by the Clinton presidential campaign and the Democratic National Committee to conduct opposition research on Trump. The research produced a series of false allegations tying Trump and his campaign to Russia.

The allegations were compiled by former British spy Christopher Steele and have collectively become known as the Steele dossier. Though unsubstantiated, Steele’s allegations were hard to counter, because it is always hard to prove a negative.

Steele was clearly politically motivated. As the Republican memo released Friday states: “Steele admitted to (Associate Deputy Attorney General Bruce) Ohr his feelings against then-candidate Trump when Steele said he ‘was desperate that Donald Trump not get elected and was passionate about him not being president.’”

Steele’s false claims were attached to a sworn affidavit, presented as “fact” to the Foreign Intelligence Surveillance Court, which then authorized unprecedented electronic surveillance – that is, overt and invasive open-ended spying on a private citizen, Carter Page – ostensibly due to his ties to the Trump campaign.

The sweater was unraveled by that thread; through one false assertion, others could be made, and a narrative could be pushed to the media with vigor.

An anti-Trump cabal grew within Justice Department and FBI, animated by the cry to save America from itself by preventing Donald Trump from being elected president. Perhaps the innumerable “unmasking” events tie also to this.

The power of the federal government is enormous, can smash a private citizen and could crush most political campaigns. Amazingly, Trump and the American preference for him survived. That is remarkable and sobering.

Like the Sept.11, 2001 terrorist attacks and even more than the Watergate scandal, Friday’s revelations should shake us. They change our assessment of the ostensibly non-political Justice Department and FBI, giving us pause.

The House Intelligence Committee memo shows that federal officials appear to have violated the public trust and their oaths of office, subverting laws for political outcomes. This should never happen.

Years ago I ran the State Department bureau focused on public corruption, rule of law and enforcement operations around the world. We had programs in 70 countries. Our chief objective was to teach struggling nations how to abide the “rule of law” and avoid public corruption.

Yet here we are, watching laws perverted for political ends in our own country, watching the heart of who we are shredded by people sworn to uphold our laws.

Clearly, Friday’s revelations put into the shadow all other inquires, disaffections, investigations and issues of concern regarding the 2016 presidential election. They are a trumpet call for accountability at the Justice Department and FBI.

Does this mean the “Russian collusion” investigation, premised on this false narrative, should swiftly end? Maybe. Certainly, the predicate for this entire investigation is now in question.

The House Republican memo also places in doubt the legitimacy of some lines of questioning, and the predicate facts that would have justified scope, warrant and legal premises for the wide inquiry. It does change the calculus.

In defense of Special Counsel Robert Mueller, he did not know his inquiry was launching from a foundation of sand. One imagines that – if he had known then what he knows now – he might have taken a pass and suggested that creating a special counsel probe was unwarranted.

In any event, we have not heard the last of this stunning abuse of power by the Justice Department and FBI, nor should we.

President Trump was right – he and his campaign are the victims of an unwarranted, politically motivated, breathtaking, behind-the-scenes drama, and a profound violation of public trust. It should not have happened in America. Rep. Nunes should be congratulated, not vilified.