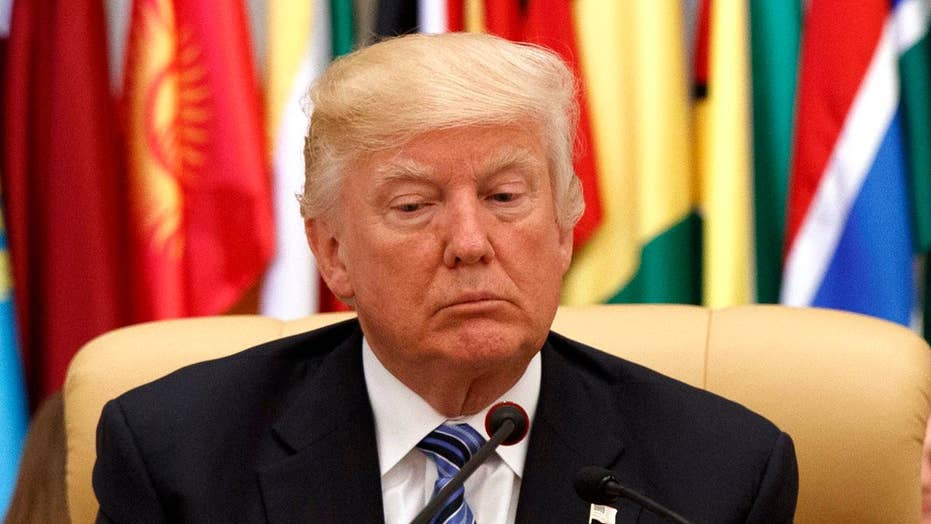 President Trump’s first visit abroad seems steeped in powerful religious themes that stood out for me as both a practicing Muslim woman and a fierce opponent of radical Islam.

After the “sword dance” (ardah – which melted Twitter) and the multi-billion dollar arms deal came the moment we all were waiting for:  what would President Trump say in the heart of the holiest place of the religion to which so many have deemed him to be “phobic.”

Well, for a man who has been called an “Islamophobe” more often than perhaps any man in history, President Donald Trump looked anything but scared, as he danced with sword-wielding Muslims and addressed the leaders of more than 50 Muslim nations.

In fact, he looked comfortable.  A world leader in charge, in command of the issues, capable of bringing vastly different peoples together to face a shared enemy (Iran, more on that in a moment), and clearly not afraid to call upon the Muslim world to stop tolerating extremism in its midst.

In fact, he did more than tell them not to tolerate it: he told them to drive it out.

Note how he said “your holy land.”  He repeatedly acknowledged the holiness of that land for Muslims – both for the assembled nations at the Arab Islamic American Summit, and to the more than a billion Muslims around the world including me. And he rightly cited this holy ground as grounds to drive evil out of its midst.

“This is a battle between Good and Evil,” the President said. “When we see the scenes of destruction in the wake of terror...we see only that they were Children of God whose deaths are an insult to all that is holy.”

He continued: “Will we be indifferent in the presence of evil? Will we protect our citizens from its violent ideology? Will we let its venom spread through our societies? Will we let it destroy the most holy sites on earth?”

Here, President Trump mentions “ideology” – another deep and persistent theme in his speech, and in his broader approach to the Middle East.  President Trump announced the opening of a new Global Center for Combating Extremist Ideology (as it should have been done in the first place a long time ago) right in Saudi Arabia.  He mentioned “ideology” no less than seven times in his speech, and set forth a bold goal to “defeat terrorism and send its wicked ideology into oblivion.”

And there is one radical regime that does more to spread and fund and weaponize this evil ideology than perhaps any other: the murderous totalitarian terrorist-funding regime of Iran.

As President Trump said to the assembled Muslim nations, “all nations of conscience must work together to isolate Iran, deny it funding for terrorism, and pray for the day when the Iranian people have the just and righteous government they deserve.”  And when the President continued his journey to Israel, he continued this theme, vowing that “Iran will never have nuclear weapons,” and rightly observing that the threat of Iran “has brought many parts of the Middle East toward Israel,” including Saudi Arabia.

Some of his critics say that isolating Iran will create disunity in the Muslim world.

The American president – who has simultaneously been called an “Islamophobe” and an “anti-Semite” – danced with Muslims and prayed with Jews in an attempt to bring them together to fight our common enemy – the ideology of Islamist Extremism– and to possibly broker a peace deal.

Only history will tell if his efforts will be a success.  The President of the United States played the ‘Trump’ card. Now it’s up to the Muslim nations to either play a steady hand or keep producing jokers.

Raheel Raza is a Pakistani-born human rights activist, President of Muslims Facing Tomorrow, founding member of the Muslim Reform Movement, and an advisory board member of Clarion Project. Her films and writings are available at ClarionProject.org.