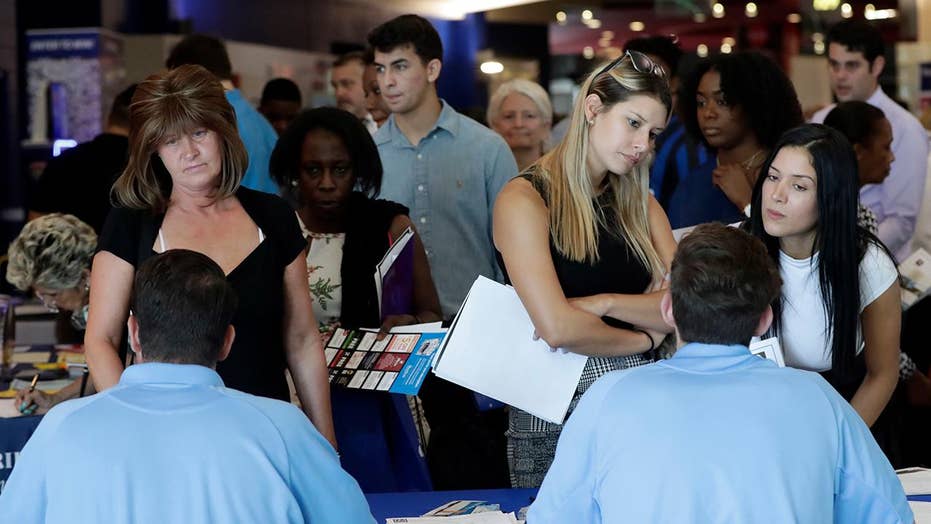 Friday was a great day for America’s economy and the American people under the leadership of President Trump, as the Labor Department reported our nation’s unemployment rate fell to just 3.7 percent – the lowest level since 1969.

Millions of us have never seen an unemployment this low in our entire lives.

There is simply no denying the overwhelming success of the Trump economy.

For nearly a decade before President Trump was elected in November 2016, Americans suffered through the worst economic recovery since World War II. Because of the disastrous Obama-era failed liberal policies, manufacturing jobs fled, wages were flat, and millennials lost access to the job market.

Everything changed when America elected a businessman and a job creator to be president of the United States. Immediately upon taking office, President Trump set out to cure the ills of the ailing U.S. economy.

Recognizing the intuitive truism that overregulation and over-taxation put a chokehold on the free market by depressing wages and destroying jobs, our new president reversed course.

President Trump has slashed burdensome regulations at a record rate, cutting 22 regulations for every one implemented.

And the Trump tax cuts not only gave $2,059 back to the average American family, but also had the added benefit of reducing the corporate tax rate – once the highest in the industrial world – resulting in job creation and higher wages and bonuses.

It’s no wonder that President Obama is desperately trying to lay claim to the Trump economy. But his efforts to do so fly in the face of logic, intuition and fact.

The Wall Street Journal surveyed economists and found that a big majority credited President Trump’s policies as a catalyst for economic growth. Moreover, in the same survey, “more than 90% of economists said the tax cuts would increase GDP growth over the next two years.”

The truth is that President Trump has reversed every single failed economic policy of the Obama era. With that welcome move came a sea change in results. Jobs grew at historic rates. Wages finally began to climb. And consumer confidence, alongside the stock market, rose to record highs.

Though the Great Recession had run its course, workers still felt unsettled in 2016. It’s why a Deutsche Bank study found that workers felt more worried about losing their job in 2016 than they did in 2009 – at the height of the recession.

Workers felt insecure for one simple reason: the Obama economy failed them, resulting in the worst economic recovery since World War II.

Voters elected President Trump in 2016 because they believed he would rectify the wrongs of the Obama economy. He did just that – resoundingly!

And if the American people vote to give Republicans continued majorities in the U.S. House and Senate in the Nov. 6 general election, the president and Congress will continue working together to build a stronger and more prosperous economy and make progress on many other fronts as well.