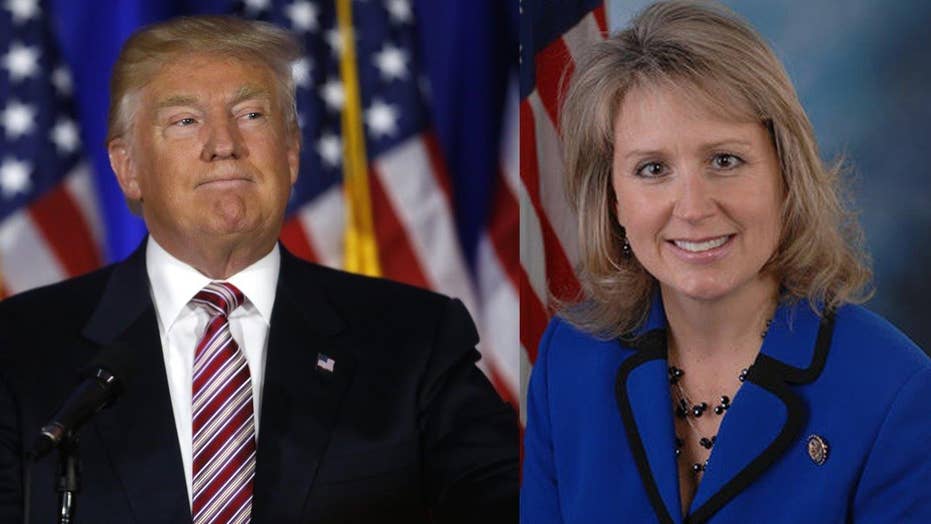 Starnes: Why did Donald Trump endorse a liberal?

North Carolina Rep. Renee Ellmers campaigned as a Tea Party conservative – but when she got elected in 2011 voters quickly realized they had elected a phony.

To paraphrase a great country music song, “Renee got the ring, Voters got the finger.”

But thanks to redistricting, North Carolina conservatives got a heaping helping of payback on Tuesday night.

Here’s how it went down:

Ellmers, as we now know, turned out to be an open-border, pro-gay marriage "Republican in Name Only."

Holding is a pro-life Tea Party conservative. He is also a Southern Baptist – which carries a lot of weight in North Carolina.

But Ellmers had an ace up her sleeve – an endorsement from the man himself – Donald J. Trump.

Trump sang her praises in a robocall that North Carolinians received while they were spreading Duke’s Mayonnaise on their ham sandwiches.

“I need her help in Washington so we can work together to defeat ISIS, secure our border and bring back jobs and frankly, so many other things,” Trump gushed. “And Renee knows how to do it. She gets it. And together, we will make America great again.”

So why did Donald Trump fall head over heels for Ellmers? Why did he snub the one, true conservative in the race?

Ellmers had hoped Trump’s last-minute endorsement would be her saving grace. It was neither saving nor graceful.

She was crushed in Tuesday night’s Republican primary -- by roughly 30 points.

Ellmers was elected as a Tea Party conservative -- but once in Washington she betrayed her base -- and became a foot soldier of the Establishment.

She angered pro-lifers by holding up a bill that would have banned abortions after 20 weeks. She opposed North Carolina's marriage amendment.

"Rep. Renee Ellmers was our ally until she led the charge to derail the Pain-Capable Unborn Child Protection Act. That's why we had to flex the political muscle of the pro-life movement," Susan B. Anthony List President Marjorie Dannenfelser said in a statement to NPR. "She has her own failed leadership to blame for this loss."

And if that wasn’t bad enough, she sided with President Obama's plan to legalize illegal aliens.

And yet Donald Trump still endorsed the woman who betrayed conservatives – saying she was “terrific and boy, is she a fighter.”

True. She’s just a fighter for the wrong side  -- a woman who betrayed conservatives.

Or using Trump's political vernacular -- maybe she just evolved and moderated on the issues.

What happened in North Carolina should serve as a wakeup call to the Trump campaign. If you turn your back on conservatives -- we will turn our back on you.