Despite projections by many news organizations Saturday that former Vice President Joe Biden has won the presidential election and defeated President Trump, the media don’t have the power to decide the outcome of American elections. Legal challenges by the Trump reelection campaign, where I serve as a legal adviser, are still before the courts and we await judicial rulings on our challenges.

In other words, as the late baseball great Yogi Berra said in 1973, referring to the National League pennant race: “It ain’t over till it’s over.”

We all want to know who will be president for the next four years. But all Americans should want accurate results above all, no matter who they supported in the race.

GOP REP. DOUG COLLINS SAYS ELECTION FIGHT IS 'NOT OVER'

So it’s important for everyone to realize that Trump campaign legal challenges must be resolved in the courts before we have an official and legally binding decision on who won the 2020 presidential election.

President Trump will continue fighting to ensure a fair and accurate election result. He is right to do this, because it’s vital that we keep our elections free and fair.

As Americans, we should all be able to recognize that our rule of law governs and our election process works accurately. For President Trump, the Trump 2020 campaign and the Republican National Committee, the rule of law, fundamental fairness and accuracy in election results are the goals.

None of the legal fights we are waging are novel arguments or anything more than an effort to ensure a fair and accurate election outcome. Our nation went through a legal challenge to the results in Florida during the 2000 presidential election between then-Texas Gov. George W. Bush and then-Vice President Al Gore, for example.

Legal challenges by the Bush campaign went all the way to the Supreme Court. The nation’s highest court determined that George W. Bush won the election. Imagine how different history would have turned out if Bush has simply thrown in the towel as soon as he heard someone on TV say Gore won the race.

Of course, from a political viewpoint, we prefer that the outcome of the election this year is a second term for President Trump. That’s why we campaigned hard for the past four years up through Election Day. The legal challenges aren’t campaigning. From a legal standpoint, politics and outcome preference do not matter. What matters is that everyone is required to play by the rules. 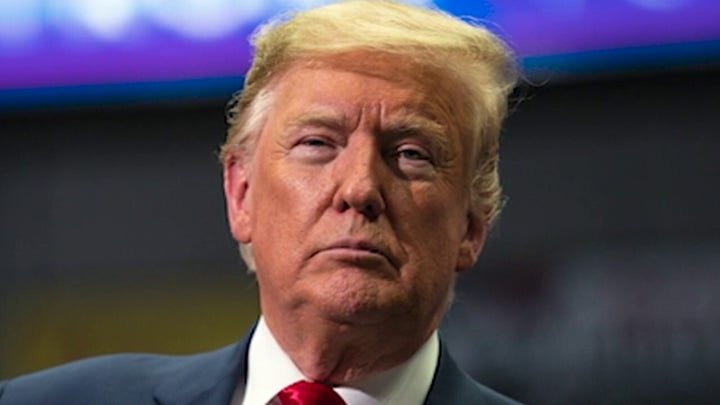 Just like in sports, fans and teams obviously have an outcome preference — you want your own team to win. But that victory must be genuinely won according to the rules of the game. If any cheating happens, the outcome may be questioned or the results thrown out altogether.

It’s not a legitimate victory if rules are broken or one side cheats. What’s happening right now is that the Biden camp is celebrating prematurely, without the results being finalized and legitimized.

President Trump and his legal team are fighting to make sure that election results are accurate, according to the rules. Every American should agree with that and be able to have confidence in the integrity of the election.

Twenty years ago, some news organizations prematurely said  Al Gore won that very close election and would become the next president of the United States.

It isn’t a partisan or political statement to require that election results be legally accurate. It’s a legal requirement. In our constitutional republic, we the people get to select our leaders according to the law and the Constitution, which govern our election results.

Here’s what we are fighting for currently — leaving all additional legal options open as we are still discovering new reports of ballot irregularities — and why it matters:

1 — Every legal vote must be counted accurately.

The key word is “legal.” When members of the Biden camp assert that “every vote counts” and leave out the key word “legal” they are inviting the likelihood that illegal ballots will be included in the final tally.

The rule of law requires that any ballot that fails to meet the legal criteria should not be counted and any ballot that meets the legal criteria should be counted. Illegal ballots include duplicate ballots (people voting twice), manipulated ballots, spoiled ballots, late ballots, non-resident ballots, fraudulent ballots, and other ballots that by law must be legitimately excluded from the tally. Additionally, ballots that were improperly disqualified and excluded that are legal votes should be counted by law.

This isn’t a new concept magically appearing for this election. In every election, some ballots are challenged and thrown out as illegal. Challenging a ballot is not an attempt to manipulate the results — it’s a call for accuracy in the results.

2 — Both sides are permitted by law to observe the counting of ballots to ensure honesty and transparency.

Inexplicably, Republican poll watchers in multiple states are being denied meaningful access to observe the ballot counts. Not only is this illegal, but it sets up the results in these states to cause irreparable harm to both candidates.

The law requires both sides to be able to observe the ballot counting in a manner that allows us to ensure fairness. Even in competitions where ballots are counted and where the results have far less impact than a presidential election, an observer from each team is allowed access to the tabulation room to inspect the ballots to ensure accuracy in the count.

The only reason Team Trump would be denied access is for someone to manipulate the count or report inaccurate results. Ballots can be manipulated or thrown out. New ballots can be added. Other actions can be taken as well to undermine accurate election results.

Any precincts not properly inspected for the full duration of the tabulating by a Republican observer should be presumptively invalid. There is simply no way for anyone to prove legitimacy and accuracy in the results by any reasonable standard.

3 — Legal challenges to unconstitutional processes and instances of irregularities and fraud must be resolved.

The Trump campaign has challenged unconstitutional changes to states’ election laws. In Pennsylvania, for example, the state Legislature has not acted to change the law. The state’s governor cannot unilaterally change the law, nor can the state Supreme Court.

Pennsylvania’s executive branch attempted to change the deadline for receiving ballots to allow for three extra days, meaning that ballots could be counted if they were received as late as Friday. We in the Trump campaign argue that this action was unconstitutional. It doesn’t matter if you think that’s a good idea or not, or whether that benefits Trump or Biden. We believe it’s illegal.

The election in Pennsylvania is also complicated and the results likely irredeemably compromised because it is one of the states that has denied Team Trump meaningful access to observe the ballots counted. So although the U.S. Supreme Court has required segregation of late ballots from timely ballots, there is no way for anyone to prove that mixing of ballots or other fraud has not occurred.

Additionally, once this kind or any other type of systematic fraud is shown to have occurred, the legal burden should shift to the state and the opposing candidate to prove that the fraud did not play a role in determining the outcome of the election. In other words, in this case the Biden campaign would need to show the fraud was on a small enough scale that it did not change the final result.

With “glitches” in the system already showing thousands of ballots swinging to Biden that accurately reflected Trump, it’s reasonable to require proof that the remaining results are in fact accurate in the precincts where these “glitches” occurred.

4 — Recounts must occur in states where a candidate leads by a razor-thin margin.

Recounts happen regularly in close elections, and some are even automatic. It’s highly suspicious that ballots are appearing and counting continuing in states until Joe Biden overcomes President Trump’s lead, and that states appeared to halt their counts early on election night for no reason.

In Georgia, for example, the very close tally demands a recount, while several thousand military ballots are still left to be counted. Ensuring fairness and accuracy requires that the ballots are recounted regardless of whether President Trump or Joe Biden remains slightly ahead at the end of the initial tally in Georgia.

This election is unique only because the Trump campaign has raised multiple legal issues in multiple states about voting irregularities. It would be irresponsible for us to ignore all these irregularities and ignore what we believe are violations of the law.

Frankly, we don’t know whether the results of this election can ever be legitimized as accurate. But we do know that we have raised legitimate questions that merit serious review by the courts.

The bottom line is this: Everyone should be very careful assuming projected results are correct and that Joe Biden has won the election. We’d be wise to remember the cautionary words of Yogi Berra: “It ain’t over till it’s over.” And at this point, the race for the White House ain’t over.