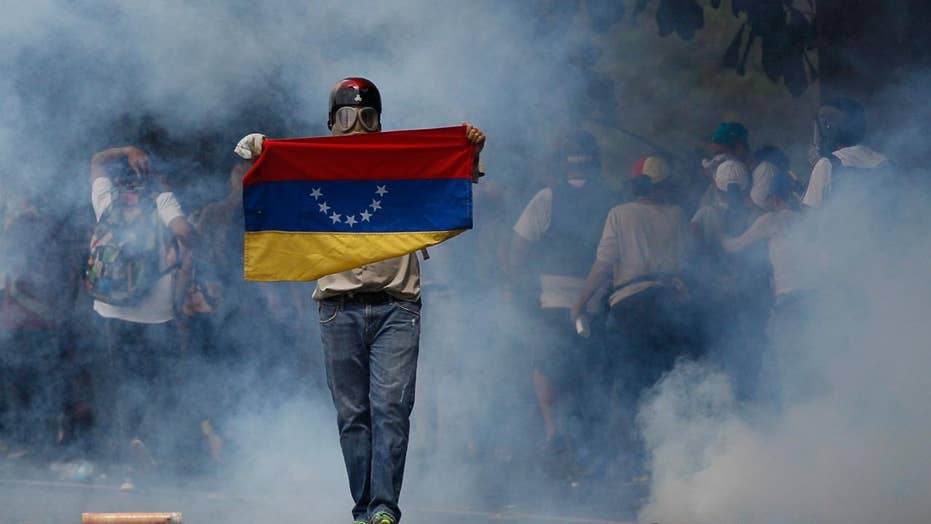 For the last few weeks the most violent city in the world has been not Baghdad, not Kabul, but Caracas, a city right on our doorstep. Venezuela, a country awash with natural resources, has been systematically dismantled by two socialist dictators in two decades.  Economic mismanagement, nationalization and expropriation of private enterprise, exorbitant corruption, and a trickle-down culture of cronyism and impunity have left Venezuela as the poorest nation in the Americas; right on our doorstep.

With the 2013 death of Hugo Chavez, things have gone from bad to worse.  His successor Nicolas Maduro has hammered rusty nails into the coffin of Venezuelan democracy.  With all the powers removed from the opposition-led parliament, the Supreme Court filled with regime cronies, the constitution undermined at every step, and pro-democracy voices silenced by imprisonment and torture, Venezuelans have been pushed to the very edge. A true state of terror; right on our doorstep.

As the political oppression continues, mismanagement and corruption have caused an unprecedented humanitarian crisis in Venezuela.  The medical system is collapsing, diseases are rife and spreading.  There is no food on the shelves, and more than  80% of Venezuelans are struggling to meet the recommended daily allowance of calories.  Children – given up by parents who cannot afford to feed them – now wander the streets hungry. Kidnapping for ransom has even become an all too common source of income. Chaos, anarchy, helplessness; right on our doorstep.

It is no surprise that the people have therefore decided to protest. A basic human right, after all.  The last few weeks have witnessed protest after protest.  Pictures coming out of Venezuela show popular desperation met head-on with state-sponsored brutality.  The regime’s security forces (the National Guard and the National Police) have restricted access to Caracas ahead of every march. They have incited pro-government counter-protests and armed gangs – colectivos - to attack the peaceful pro-democracy protestors. Maduro, on a daily basis, deploys his bullies to repel women, children, and elderly protestors with tear gas, pepper spray, high-pressure water cannons, and even live fire. All on our doorstep.

Since the protests started, more than 1,400 peaceful demonstrators have been arrested. At least half them are still being detained, including local and foreign journalists whose only ‘crime’ has been their commitment to cover the protests.And when you are arrested in Caracas, you aren’t read your rights - you are thrown into one of Maduro’s infamous dungeons, and more often than not, tortured.  Yes, this is all happening on our doorstep.

So as the number of dead protestors over the last two weeks reaches thirty, and desperate Venezuelans flee across borders, what are we going to do about it?

For President Trump, this is a real opportunity to support democracy, support freedom, and support basic human rights. Sanctions against the corrupt Venezuelan leadership and their cronies will show the Americas that the United States of America will not stand by in silence.

The President should use the  smart power at  his disposal to make sure that, at least in this part of the world, freedom reigns.  Because neither America, nor the Americas, can ever be great again while this human tragedy unfolds under our own eyes, right on our doorstep.

Martin Rodil is the President of the Washington-based Venezuelan American Leadership Council, an advocacy group for freedom and democracy for Venezuela.