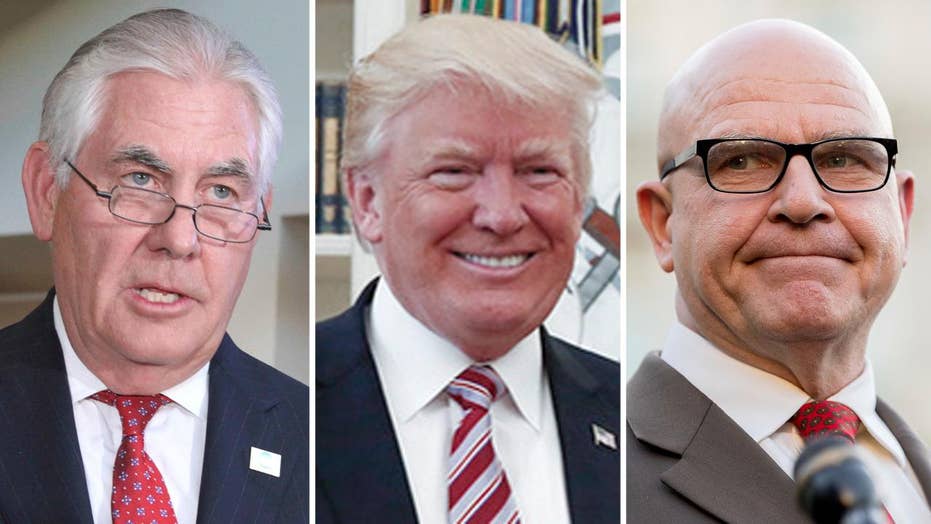 It’s clear that the liberal media and the political Left will do anything they can to derail President Trump and his administration.

The latest example is the laser-like focus on a bogus news story hatched by the Washington Post: That President Trump revealed classified material, including highly classified intelligence sources, to the Russians during his meeting at the White House last week.

That story seems to have taken on a life of its own despite strong and unequivocal denials from the National Security Adviser, General H.R. McMaster, and Secretary of State Rex Tillerson – both of whom were in the meeting.

The President is the Commander-in-Chief.  He is our president.  He has the constitutional authority to share what information he deems necessary with nations and their leaders. In the case of the meetings with top Russian officials, it’s been reported that President Trump was discussing real threats from the Islamic State – ISIS – threats that President Trump understands present a clear and present danger to our country and our freedoms.

His desire to communicate with the Russians in an attempt to enlist their support in battling radical Islamic jihadism should be applauded instead of attacked.

The truth is, what’s really putting our nation is risk is the flagrant leaking from within the federal bureaucracy – those who oppose President Trump who are breaking the law when they leak classified materials.

President Trump’s critics and opponents – including many in the news media – claim this faux story about President Trump providing classified material to the Russians puts the United States at risk.

The truth is, what’s really putting our nation is risk is the flagrant leaking from within the federal bureaucracy – those who oppose President Trump who are breaking the law when they leak classified materials.

The real story – the real crisis – is the ongoing leak of classified information. That is serious and something that the Trump Administration must address without delay.  How this latest “story” unfolded has become all too common in Washington.  It’s a manufactured crisis that puts our national security at risk.

The Trump Administration needs to send a strong message.  It’s time to seek out and prosecute those who are criminally leaking classified material.

The fact is that many of those working to derail the Trump Administration work inside the federal government. They are part of the bureaucratic “swamp” and in many cases are loyal to President Obama and former Secretary of State Clinton.

There’s no question that there’s a deep state shadow government at work here. What we’re experiencing is an unprecedented bureaucratic soft coup undermining our security.

The Obama Administration took action to empower the entrenched bureaucracy to subvert our national security right before leaving office. It has led to dangerous leaks, criminal violations of the Espionage Act, and the creation of a shadow government to sabotage the new Administration.

At the American Center for Law and Justice, we’re directly engaged in half a dozen lawsuits to expose the shadow government and stop these dangerous national security leaks.

It’s time to plug the leaks and punish those who are responsible for leaking classified information.