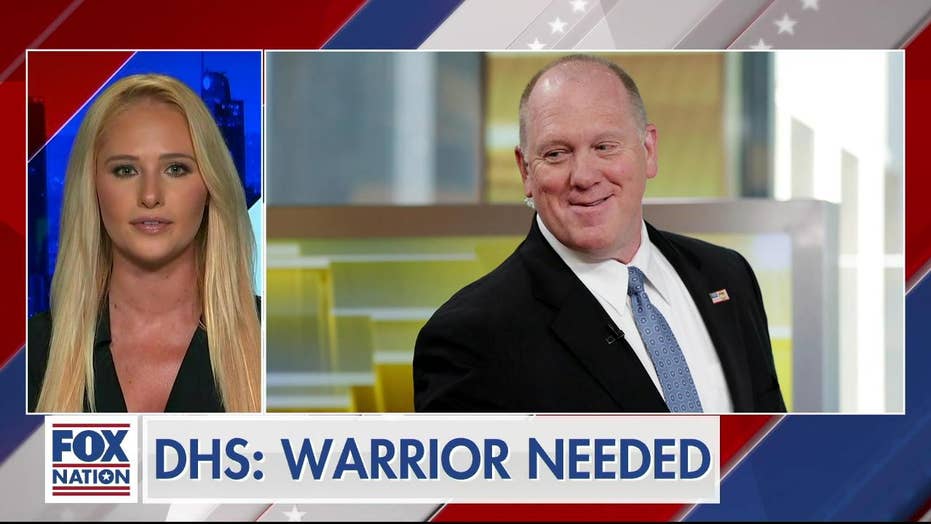 Kirstjen Nielsen is out and though I liked her, this is not a snag in the plan, this is an OPPORTUNITY to get someone in that spot who will fight like hell for our border security.

Let’s go. The time is now and you know I have some “Final Thoughts.”

Yes, over the weekend we lost DHS Secretary Kirstjen Nielsen to a resignation.

Now the left is pretty excited. Every time President Trump changes up the team, they take it, and market it to low-information anti-Trump viewers, as a sign of weakness and instability.

Well sorry to burst your illegal immigrant coddling bubbles, but that’s NOT the case here.

Our president, heck our whole country, needs someone who is ready to go to battle.

Yeah, it’s sad we have to battle OUR OWN citizens -- the Democrats and RINOs -- to enforce our immigration laws but here we are.

We are facing a crisis that even Obama-era lackeys can recognize. Heck, even Bernie Sanders sees it:

“I’m afraid you may be getting your information wrong. That’s not my view, what we need is comprehensive immigration reform. If you open the borders, my God, there's a lot of poverty in this world, and you're going to have people from all over the world. And I don't think that's something that we can do at this point. Can't do it. So that is not my position."

When Sanders becomes the unlikely voice of reason -- yes we are in a crisis.

Four thousand apprehensions a DAY? One hundred thousand in a month? We already have 11-22 million illegals in this country.

How many more can we take?

Better question, why are we allowing LEGAL immigrants to be disrespected and cut in line like this? It's disgraceful.

Do it the RIGHT way, it takes several years and thousands of dollars.

Do it the ILLEGAL way and it's come on in and we will roll out the red carpet for you.

What we are seeing at our border is an invasion, so why are we treating it like an open house?

We need someone in charge of DHS that’s ready to fight the cartel, but also the PC police.

Kirstjen did a pretty good job and dealt with a lot of crap. Like being forced out of a Mexican restaurant for doing her job and enforcing immigration law.

Now that she has resigned, look at what these rags are saying about her. So wrong. Maybe she couldn’t take it. Maybe she didn’t want to. Either way, let’s move on.

Now I really like the acting DHS Secretary U.S. Customs and Border Protection Commissioner Kevin McAleenan. I’ve met him and think he’s a fearless warrior for the cause. I also think CBP still needs his leadership.

So who do I want? Well, I think the PERFECT pick is former ICE Director and personal friend of mine, Tom Homan.

I sat down with Tom just a few months ago to talk about this illegal immigration crisis.

He knows political correctness is intellectual dishonesty and he is not afraid of the liberal media mob. Not even for a second.

We need a leader like Tom Homan who will do what is right, not what is popular.

President Trump, I think he is your guy but those are just my "Final Thoughts." From LA, God bless and take care.