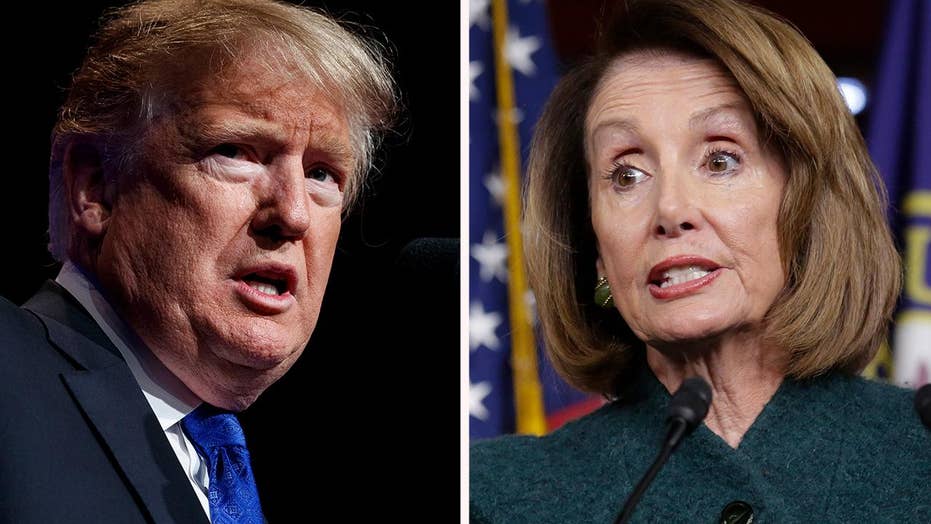 Republicans come to the defense of the president while Democrats back the speaker after Trump denies Pelosi a military plane to travel to Afghanistan while the government remains shut down.

When President Trump denied House Speaker Nancy Pelosi use of a military aircraft for a CODEL (congressional delegation trip) to Afghanistan recently, he called the public’s attention to wasteful taxpayer-funded congressional travel.

In his letter to Pelosi blocking the trip, President Trump mentioned the 800,000 federal workers going without pay. The real irony is that U.S. government workers in Afghanistan, who were among those not being paid, worked for two weeks to plan the trip – and on a holiday weekend.

We at Judicial Watch were not at all surprised by this foolishness. For years we have been exposing the lucrative travel our leaders enjoy at taxpayer expense.

We have long noted Pelosi’s abuse of the perks of public office that granted her access to luxury military travel. This current expedition is hardly new for her.

In 2009, during Pelosi’s first speakership, we uncovered documents from the Department of Defense detailing her multiple requests for military air travel. The documents included internal DOD email correspondence detailing attempts by DOD staff to accommodate Pelosi’s numerous requests for military escorts and military aircraft as well as the speaker’s last-minute cancellations and changes. https://www.judicialwatch.org/press-room/press-releases/judicial-watch-uncovers-documents-detailing-pelosis-repeated-requests-military-travel/

In response to a series of requests for military aircraft, one Defense Department official wrote, “Any chance of politely querying [Pelosi’s team] if they really intend to do all of these or are they just picking every weekend?… [T]here’s no need to block every weekend ‘just in case’…” The email also notes that Pelosi’s office had, “a history of canceling many of their past requests.”

One DOD official complained about the “hidden costs” associated with the speaker’s last-minute changes and cancellations. “We have … folks prepping the jets and crews driving in (not a short drive for some), cooking meals and preflighting the jets etc.”

The documents include a discussion of House Ethics rules and Defense Department policies as they apply to the speaker’s requests for staff, spouses and extended family to accompany her on military aircraft. In May 2008, for example, Pelosi requested that her husband join her on a CODEL into Iraq. The DOD explained to Pelosi that the agency has a written policy prohibiting spouses from joining CODEL’s into combat zones.

The average cost of an international CODEL was $228,563.33. Of the 103 Pelosi-led CODELs, 31 trips included members of the House Speaker’s family.

And the CODELs didn’t stop after Speaker Pelosi lost power in 2010. We recently released more FOIA documents showing a bill for $184.587.81 for then-House Minority Leader Pelosi’s CODEL to Italy and Ukraine in 2015.

Shutdowns aside, given that our national debt is nearly $22 trillion, it might be reasonable to ask members of Congress, on both sides of the aisle, to forego both the booze and the frivolous junkets.