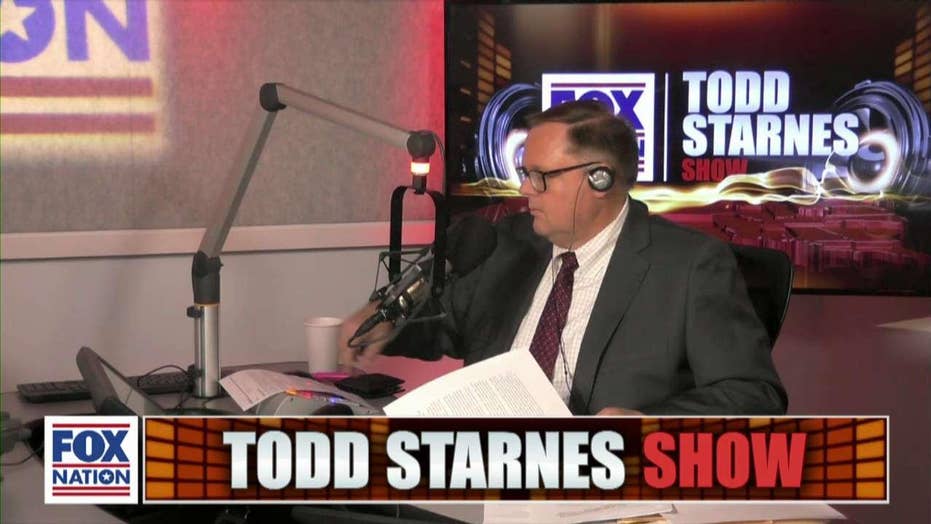 Todd Starnes speaks with Pastor Alvin Dupree about the complaints he received after professing his faith at a commencement ceremony.

Alvin Dupree Jr. loves God and it's not much of a secret around Appleton, Wis.

He's the pastor of a local church and currently serves on the board of education. His campaign platform boasted that he was a "Man of God First" and he would stand for Christian values.

So when Pastor Dupree was invited to deliver the commencement address at North High School, it should not have surprised anyone when he mentioned his relationship with Jesus Christ and ended his remarks with a hearty "God bless!"

CLICK HERE TO PRE-ORDER TODD'S UPCOMING BOOK, "CULTURE JIHAD: HOW TO STOP THE LEFT FROM KILLING A NATION."

But the Freedom From Religion Foundation says it received a number of complaints and it is demanding the pastor be banned from speaking at graduations or any other public ceremony.

We either stand up and save America or we do nothing and allow the left to prevail.

"We also ask that the (school board) take appropriate actions to condemn Dupree's unconstitutional conduct, censuring or reprimanding him as appropriate, and taking steps to remove him from the board if necessary," the FFRF wrote in a threatening letter to the school district.

The FFRF is a Wisconsin-based gaggle of atheists, agnostics and free-thinkers. The group is especially triggered by public utterances of the name Jesus Christ.

"For me, my source of strength is my faith and my relationship with Jesus Christ," the pastor told a cheering crowd at the graduation ceremony. "It sounds like I got some believers in this room. If you're here, you believe that, you go ahead and clap your hands. Never succumb to the pressure of being politically correct. "

The FFRF is a Wisconsin-based gaggle of atheists, agnostics and free-thinkers. The group is especially triggered by public utterances of the name Jesus Christ.

The aggrieved atheists were also triggered by another section of the pastor's speech, when he went off script and said "God bless" instead of "best wishes."

The FFRF called the remarks "grossly inappropriate" and accused the pastor of "abusing his position to promote religion."

Dupree, a 20-year combat Marine veteran, defended his remarks and blasted the Freedom From Religion Foundation during an interview on “The Todd Starnes Radio Show.”

There's no doubt they want to silence Christian citizens, he said.

The pastor said he supports freedom of speech and freedom of religion for everyone – whether they be Jewish, Muslim or Christian.

"But the problem is under the umbrella of inclusion, they want to exclude those of us who have (Christian) faith," he said.

The school district has yet to respond to the Freedom From Religion Foundation’s letter or to local media inquiries.

And Dupree may not have much of a legal leg to stand on. Several religious liberty groups say the law protects the religious speech of students, but not necessarily adults. In other words, the law is a bit murky on that point.

Regardless, we need more pastors like Alvin Dupree — men of God who are willing to take a stand and speak up when religious liberty is under attack.

There is a war raging in this nation — a culture war. And the bad guys are winning the fight. They are turning American values and traditions into piles of rubble. That is the thesis for my upcoming book, "Culture Jihad: How to Stop the Left From Killing a Nation."

We either stand up and save America or we do nothing and allow the left to prevail.