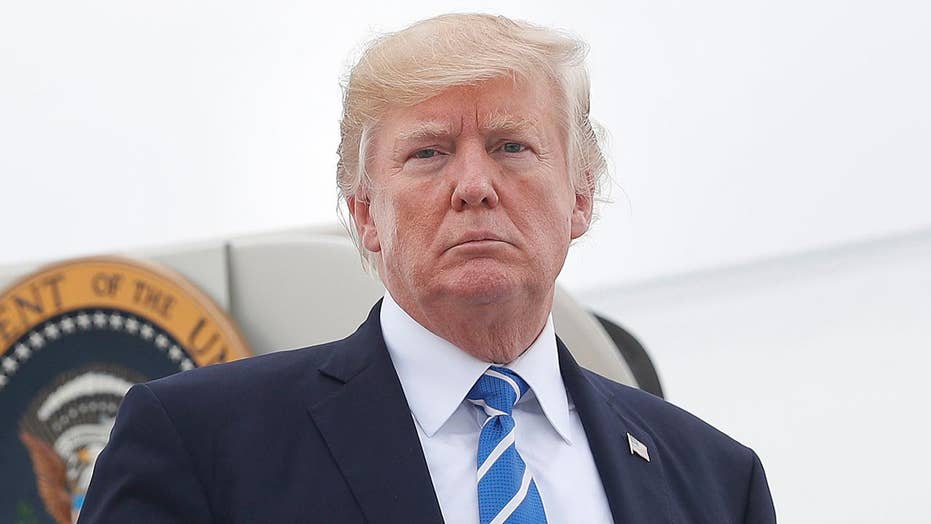 The president calls the removal of Confederate monuments 'so foolish'

These days the only collusion happening in Washington, D.C. is between the mainstream media, Democrats and ‘Never Trump’ Republicans – all hell-bent on destroying the Trump administration.

And it appears the leader of the rampaging mob is none other than Mitt Romney, the failed Republican presidential candidate.

Romney wrote a blistering rebuke of President Trump on Facebook last week – going so far as to question the president’s moral character.

“The president must take remedial action in the extreme,” Romney wrote. “He should address the American people, acknowledge that he was wrong, apologize. State forcefully and unequivocally that racists are 100 percent to blame for the murder and violence in Charlottesville.”

Romney appears to be furious because the president dared to condemn all the violence in Charlottesville -- he dared to condemn the far left thugs who smacked around news reporters and tried to burn people with a flame thrower.

Let’s be clear – President Trump condemned the violence on both sides in Charlottesville, Virginia. He also repudiated and denounced by name the white supremacists and the Ku Klux Klan.

But that was not enough for a ‘Never Trump’ Republican like Mitt Romney.

Let’s be clear again – Romney appears to be furious because the president dared to condemn all the violence in Charlottesville -- he dared to condemn the far left thugs who smacked around news reporters and tried to burn people with a flame thrower.

Romney also seems outraged because President Trump dared to stand up to the cultural jihadists – hell-bent on turning American history into a steaming pile of politically correct rubble.

I predicted on my radio program, “The Todd Starnes Show” -- that President Trump would face his greatest challenge with Republicans -- not Democrats but Republicans. And unfortunately that prediction has come to true.

In truth, the fury among Republicans and Democrats has nothing to do with white supremacists or Antifa or tearing down Confederate monuments.

This is about silencing Donald Trump – and his supporters – the gun-toting, Bible-clinging, deplorables.

But instead of capitulating to the bullies, Trump and his supporters have stood firm – and the left can’t stand it.

So, they decided to play the race card.

Now, they are trying to convince the nation that President Trump and his supporters are a bunch of redneck, white nationalist, racist deplorables.

You love America? You're a racist.

You stand for the national anthem? Racist.

You go to church on Sunday? You're a homophobic racist.

You want to secure the border? You're a xenophobic racist.

They hate you, ladies and gentlemen. They hate what you stand for.

Romney wrote that unless the president renounces racism with “unprecedented candor and strength there may commence an unraveling of our national fabric.”

With all due respect, Romney should be much be more fearful of the great unraveling that would come if Trump is forced from office.