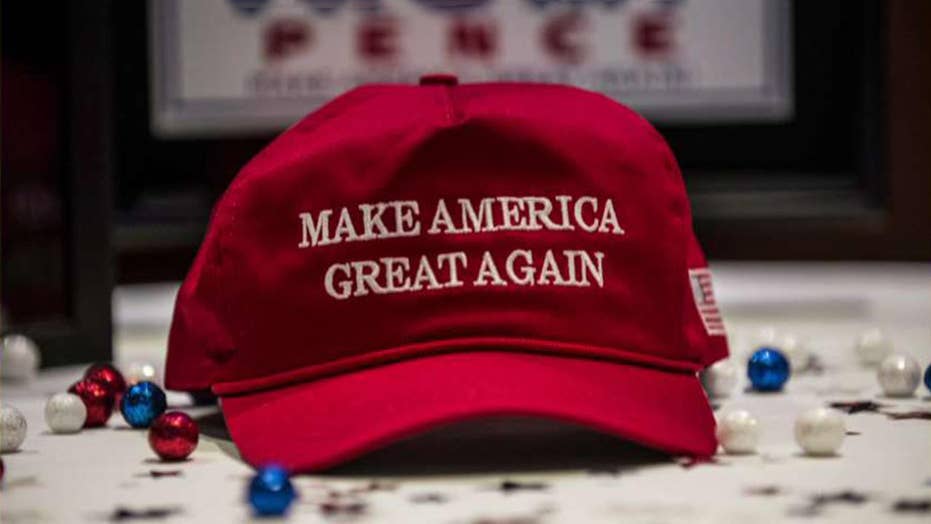 Rebecca Makkai joins the left's push to shame Trump supporters; reaction and analysis on 'The Five.'

As I write in my new book, “Culture Jihad: How to Stop the Left from Killing a Nation,” Trump Derangement Syndrome afflicts mostly liberals and renders them zombie-like in a flop sweat.

On Aug. 30 some cheerleaders at North Stanly High School in New London, N.C., posted for a pre-game photo of themselves holding a banner that read, “Trump 2020 Make America Great Again.”

The Stanly News & Press reported that it was “American Night” at the football game and students were encouraged to wear red, white and blue.

The newspaper reports that the photo was posted on social media and “caused people to feel uncomfortable.”

Apparently, there are some perpetually offended snowflakes who live in that part of North Carolina.

It’s not quite clear who complained about that banner, but all you-know-what broke out – leading to a school district investigation as well as a NCHSAA investigation.

“Stanly County Schools never makes political campaign endorsements,” the school district said in a statement on its website. “These policies ensure that all students, staff and visitors are able to attend school events in an environment that promotes students and not a particular political viewpoint.”

The Stanly News & Press reports the cheerleaders have been placed on probation for the remainder of the season as a result of the pro-Trump banner.

“One of the rules we have is that every contest should be conducted in a wholesome, athletic environment,” North Carolina High School Athletic Association Commissioner Que Tucker told the newspaper. “We take that to mean that it’s in an environment where good sportsmanship is shown, where people feel safe … that respect for all people participating is being shown.”

The newspaper reports that “due to the fact the incident caused concern for many and helped create a negative athletic environment, according to Tucker, the NCHSAA decided to reprimand the cheerleaders by putting them on probation.”

What a load of Grade A politically correct fertilizer.

“Not sure when supporting the acting POTUS became a punishable offense,” one irate resident wrote on Facebook. “Do Americans have freedom of speech anymore? Of course! But only if you are liberal.”

I reached out to the NCHSAA to find out why the cheerleaders were put on probation. I wanted them to show me the rule they allegedly violated. Their media relations team refused my request.

So why do I have a sneaking suspicion that had the kids been waving an anti-Trump banner the school district would’ve turned a blind eye?