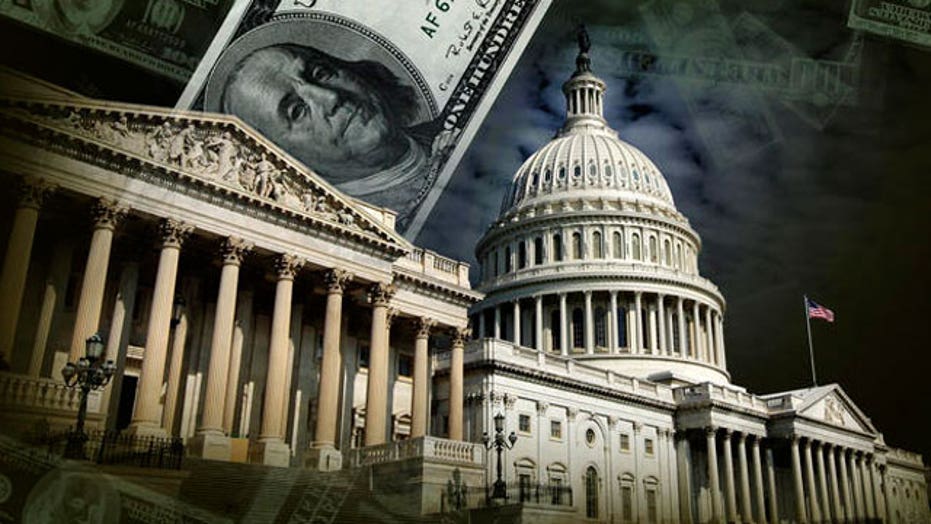 In his State of the Union, he said, “The American people don’t expect government to solve every problem.” But then he went on to list how, under his guidance, government will solve a thousand problems, including some (like climate change and a loss of manufacturing jobs) that are probably not even problems.

The president bragged about creating “our first manufacturing innovation institute” in Ohio and says that he will create 15 more. Politicians claim actions like this are needed to solve the “decline of manufacturing” in America. John McCain, Mike Huckabee and Pat Buchanan also fret about this. But what they call “decline” is myth. There is no decline in manufacturing.

The Federal Reserve says that U.S. manufacturing output is up from 2000, and up almost 50 percent from 1990. Yes, manufacturing employment is down because automation and government’s labor rules led companies to automate and produce more with fewer employees, but that’s OK.

Manufacturing jobs are no better than other jobs. Few parents today prefer their children work in factories rather than offices.

When the need for people in one type of industry decreases -- say, making wagon wheels -- they are freed up to work in other areas. What America needs is a flexible economy that provides new jobs. For years, we had that.

“Yet the president wants 15 ‘manufacturing hubs,’ which I guess will be like Solyndra cities,” lamented Deroy Murdock, one of three libertarian reporters who came on my show to react to our president’s plans.

Murdock’s right. Politicians should accept the fact that making things is something the market does pretty well on its own. This month, the Energy Department’s inspector general reports that, three years after being awarded a $150 million federal grant, a taxpayer-backed battery plant in Holland, Mich., has not produced a single battery. At one point, the company’s workers were paid to do nothing.

“Then we have a ‘college scorecard’ that Obama will bring,” said Murdock. “U.S. News & World Report updates which colleges do a good job, but (now) government will do that?”

Then came the president’s call for more spending on preschool.

“I am sympathetic to people wanting to shove their kids out the door,” joked Katherine Mangu-Ward, “but Head Start, our pilot program for universal preschool, has a not-great record. We spend $8 billion to get very, very little in terms of results. ... We suck at education.”

Michael C. Moynihan was disappointed that President Obama’s speech contained no talk of significant reform of Social Security and Medicare. “Even in this sort of dire circumstance: no change whatsoever.”

Both parties are guilty of avoiding our “dire circumstance,” said Moynihan. “There was a big announcement in 2011 -- $300, $400 billion in spending would be cut, (but) this was a mirage, there were no spending cuts. … (What) cuts in Washington mean is that you reduce the rate of increase a little.”

Instead of letting obsolete government programs die, bureaucrats come up with new excuses to keep spending. “Like the Rural Electrification Administration,” said Murdock. “That was put in by FDR to bring power to Appalachia. (Now) they put in broadband Internet.”

The Washington Post reports on a federally supported program that is so bad that even President Obama wants it cut. The Christopher Columbus Fellowship spent 80 percent of its money on overhead. Three Republicans introduced legislation to end it, but the subsidy lives on, because one senator, Thad Cochran, R-Miss., likes it.

So America continues to move toward bankruptcy. Instead of addressing that, the politicians will spend more.

Instead of announcing 15 new “manufacturing” hubs, the president should just announce 300 million “do whatever you want with your own money” hubs. Then American citizens can do as they please.

That would actually do some good.