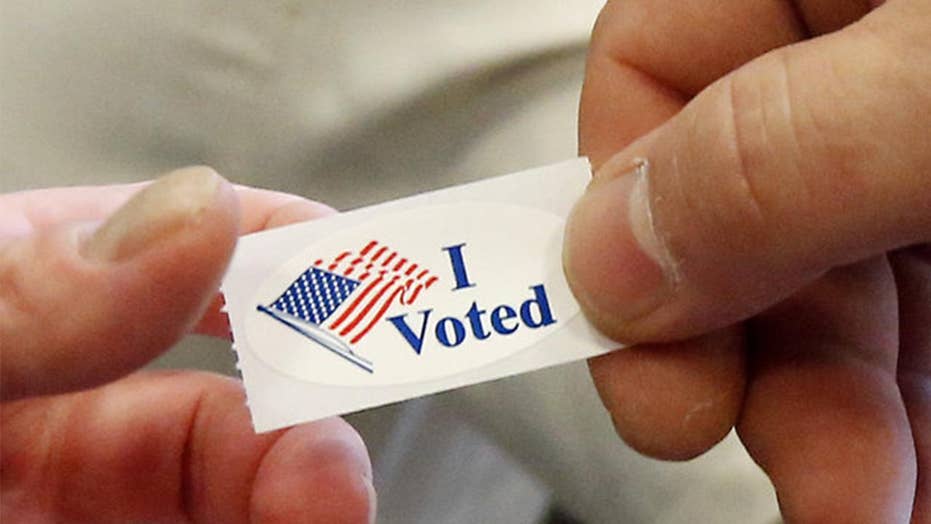 Would election by popular vote be better than the Electoral College?

Beto O'Rourke and Elizabeth Warren call for the end of the Electoral College; panel reaction and analysis on 'Fox News @ Night.'

The Electoral College has been a remarkably effective way for Americans to choose our presidents for over two centuries. But now the left wants to blow this system up as an antiquated affront to “democracy.”

Activists and even Democratic presidential candidates – including Sens. Kamala Harris of California and Elizabeth Warren of Massachusetts – have joined in this reckless crusade.

This seems in large part driven over bitterness that Democratic candidate Hillary Clinton lost the 2016 presidential election to Donald Trump, despite “winning” the popular vote. But we shouldn’t demolish the Electoral College due to sour grapes.

ELIZABETH WARREN SAYS SHE WANTS TO ELIMINATE THE ELECTORAL COLLEGE

Much of the debate surrounding this now mostly misunderstood institution has been either badly misguided or outright deceptive.

The Electoral College was an ingenious system constructed by the Founding Fathers to accommodate a large and growing republic. It wasn’t meant to be purely democratic.

The Electoral College was instead created to protect liberty, with much leeway in incorporating a fairly healthy dose of democracy as well. States nearly all were choosing presidential electors by popular vote rather than by state legislatures by the early part of the 19th century.

Would presidents selected primarily by voters in our most populous states – with California, Texas, Florida and New York topping the list – really reflect the diverse beliefs and interests of our vast country? Of course not.

The founders did this to ensure that small states would not be overwhelmed by the large ones, and to ensure that presidential candidates had to appeal to all Americans – not just ones in big population centers.

Would presidents selected primarily by voters in our most populous states – with California, Texas, Florida and New York topping the list – really reflect the diverse beliefs and interests of our vast country? Of course not.

Unfortunately, progressives and their media allies have waged a disinformation campaign to bury the intentions of the founders or distort their views.

Detractors have absurdly connected the Electoral College to racism and slavery.

In fact, the creation of the Electoral College had nothing to do with slavery; it was never even mentioned in terms of the slavery debate at the Constitutional Convention. There were slave states with large populations and free states with small ones.

Proponents of abolishing the Electoral College continue to say over and over that the system is unfair and undemocratic. Perhaps what they really mean is that they don’t like it because it doesn’t currently favor their preferred candidates.

Progressives continually insist that President Trump is destroying American institutions – mostly in the form of mean tweets and insults hurled at the news media – while then turning around and arguing that the answer to the problem is to decimate constitutional institutions and norms.

From the Supreme Court – which the left is increasingly willing to pack with additional justices if a Democrat is elected president in 2020 – to the Senate, which many want to abolish, progressives increasingly want to bulldoze any institution they don’t immediately control.

The maneuver to upend the Electoral College is simply the most widespread of these efforts. It has taken the form of the National Popular Vote Compact, which has now been signed by 12 states and the District of Columbia, representing 181 Electoral College electors.

There is a certain irony in the fact that states have signed onto this compact through votes by state legislatures, a process closer to how presidential electors were selected in the earliest days of the republic instead of the modern system of popular elections.

The compact allows states to throw their Electoral College votes to whichever candidate wins the overall national popular vote. It’s set to go into effect once the total number of electoral votes from the states that have signed on reaches 270 – enough to win a presidential election.

This is a clever but ultimately absurd way to try to change the Constitution without passing a constitutional amendment. And it’s fairly undemocratic for people arguing that the problem they are trying to tackle is a lack of democracy.

The compact could potentially take votes out of the hands of the people in their own states. If, for instance, Colorado voters voted for a Democrat, yet a very narrow margin of the national popular vote went to a Republican, the state would have to throw its vote to a Republican.

This could be highly problematic if there are voting irregularities in other states in a narrowly decided election. People living in states that have signed onto the compact would simply be helpless in contesting the votes of other states.

Fortunately, the movement will have difficulty in even reaching the 270-vote threshold. Nearly all the states that have signed on have been blue or blue-leaning states. Now they must convince purple and even red states to sign onto what is becoming a narrowly partisan agenda.

It’s safe to say that the Founding Fathers shaped the American system to thwart narrowly partisan agendas from fundamentally changing the Constitution, which is why the barrier to pass an amendment is so high. It takes two-thirds of both houses of Congress and three-fourths of state legislatures (representing 38 of the 50 states) to amend the Constitution. Congress can also call for a constitutional convention, but this has never happened.

The state compact plan, concocted to get around this, is unlikely to get through the courts. Even Supreme Court Justice Ruth Bader Ginsburg, among the most liberal justices, has said that while she would like to get rid of the Electoral College it would take a constitutional amendment to do so.

So the left has a long way to go, even if it unites around the idea of obliterating the Electoral College. But that doesn’t make the movement any less dangerous or revealing.

Detractors of the Electoral College insist that it’s antiquated and that we need to move on to a purer form of “democracy.” But democracy predates our constitutional republic by more than 2,000 years and has often been found wanting.

The founders, in their wisdom, crafted our system with democracy’s strengths and weaknesses in mind and formed a republic that has stood at the pinnacle of success in the modern world.

Instead of obliterating institutions that made America great, we should defend and inform our fellow Americans about how and why these institutions have been essential to liberty and self-governance.