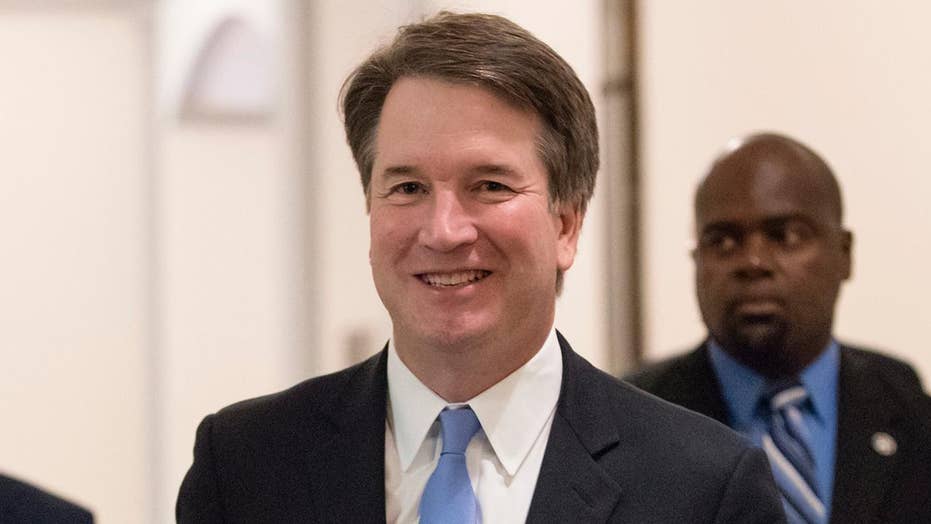 Behind Kavanaugh's preparation for the confirmation hearings

Gorsuch communications strategist talks Kavanaugh confirmation hearing and provides an inside look at the preparations.

When the Senate Judiciary Committee begins its confirmation hearing Tuesday on Judge Brett Kavanaugh’s nomination to the U.S. Supreme Court we can expect to see Democrats wage an all-out battle to keep the extraordinarily qualified judge off the nation’s highest court.

Long before the hearing, Democrats launched a scorched-earth campaign against President Trump’s nomination of the judge, who currently serves on the U.S. Circuit Court of Appeals for the District of Columbia.

This wildly inaccurate and hysterical rhetoric is little more than political grandstanding.

“I don’t think any Democrat is going to go along with a Trump appointee to the Supreme Court,” said Democratic strategist Paul Begala. “Not if he or she wants to raise any money or have any volunteers.”

Notwithstanding the partisan pressure to grandstand, it is unconscionable to demonize this father of two who serves meals at Catholic charities and tutors at a local elementary school.

Kavanaugh is eminently qualified when we evaluate him on his legal credentials, judicial philosophy and personal character. These are the three criteria by which Americans have traditionally assessed Supreme Court nominees.

Kavanaugh earned his law degree from Yale University and was a law clerk for recently retired Supreme Court Justice Anthony Kennedy, whose seat he will fill if confirmed.

The Supreme Court nominee was an attorney on the staff of Independent Counsel Ken Starr and played a key role in writing the report that called for impeaching President Clinton. He worked in the White House Counsel’s Office and was later White House staff secretary for President George W. Bush. He was a partner in a law firm. He has served on the Circuit Court of Appeals in Washington since 2006.

Within days of his nomination to the Supreme Court in July by President Trump, statements of support came pouring in from lawyers and others around the country describing Kavanaugh as impeccably qualified.

As numerous legal scholars have noted, Kavanaugh’s legal opinions and occasional writings coalesce to provide a clear picture of his judicial philosophy, especially his view that a judge’s role is to be an “umpire” rather than a “player.”

As Chief Justice John Roberts once put it: “Judges are like umpires. Umpires don’t make the rules; they apply them. The role of an umpire and a judge is critical. They make sure everybody plays by the rules. But it is a limited role. Nobody ever went to a ball game to see the umpire.”

This aspect of Kavanaugh’s judicial philosophy is so important because, sadly, in recent years many federal judges have embraced a “living document” view of the Constitution. This progressive view encourages judges to view themselves as players rather than umpires.

The “living document” view contends that judges have the right to reinterpret the Constitution in light of “the times.” Its overall effect is that a Supreme Court majority can remove things from the Constitution that justices do not like and insert things they do.

The “living document” view enabled the Supreme Court to issue its Roe v. Wade decision in 1973 legalizing abortion nationwide and its Obergefell v. Hodges decision in 2015 that said same-sex couples have the right to marry.

In response to the “living document” view, the conservative view is that members of the Supreme Court do not have the right to revise the Constitution. Although the Constitution may need to be revised from time to time, America’s Founding Fathers made clear that an amendment to the Constitution must reflect the will of the people. An amendment requires an overwhelming congressional majority and ratification by three-fourths of the state legislatures.

Kavanaugh – like Supreme Court Justice Antonin Scalia before him – rejects the “living document” view. He would refrain from the type of judicial activism that bypasses the American people.

Any number of character attributes are desirable in Supreme Court justices. We want them to be conscientious because we know that it takes hard work and perseverance to adjudicate complex legal issues. Similarly, we want our justices to be wise and discerning rather than simplistic or superficial.

Perhaps most importantly, we want our justices to be trustworthy, to be the type of people who can’t be “bought off” by corporations or unduly influenced by partisan politicians.

By all serious accounts, Kavanaugh is just such a person.

In Washington, Kavanaugh is known not only for his legal prowess, but also for serving meals to the homeless and tutoring underprivileged children.

He has received vigorous bipartisan support from more than 160 members of the Yale community, who wrote that Kavanaugh “is a person of deep conviction and integrity.”

Kavanaugh has even garnered support from prominent liberals such as Lisa Blatt, a feminist lawyer who worked in the Clinton and Obama administrations but declared that Kavanaugh is “supremely qualified.”

In light of Kavanaugh’s impeccable legal credentials, judicial philosophy, and personal character – along with the robust bipartisan support he’s received from legal experts around the nation – let’s hope that good-thinking Democratic senators such as Joe Manchin of West Virginia will find a way to extricate themselves from the grandstanding so prevalent in their party and support Kavanaugh’s nomination.

Any Democrat who votes to confirm Kavanaugh will have an opportunity to eschew partisan grandstanding and send a message to the nation that Supreme Court justices should be evaluated on their merits.