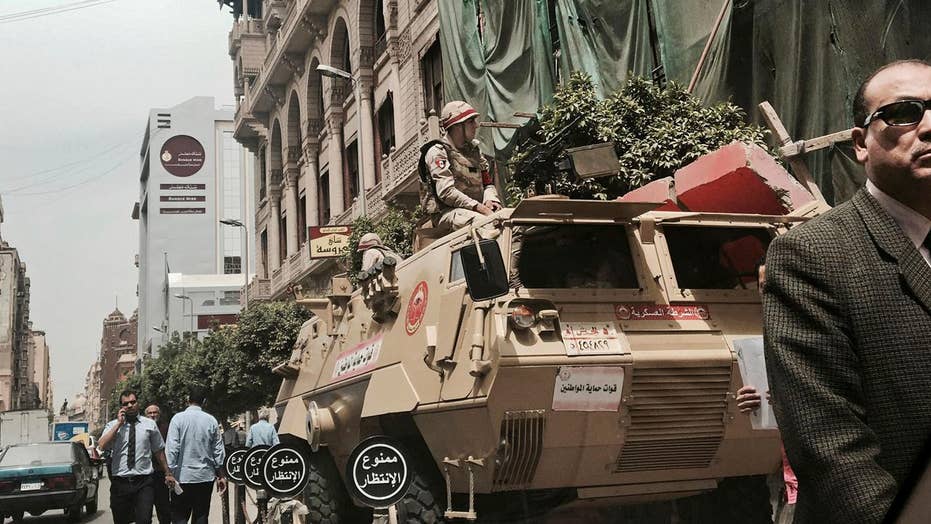 “A bomb, possibly worn by a suicide attacker, ripped through a throng of worshipers outside of a Coptic Christian church in the port city of Alexandria, Egypt… killing at least 21 people in the worst attack against Egypt’s Christian minority in recent memory.”

At first glance, you might think the statement above is about last weekend’s double bombings targeting Coptic Christians in Egypt—which left at least 44 people dead—but, in fact, it refers to an incident from 2011. And reading it again today elicits a sombering sense of déjà vu; that attack, committed more than six years ago, was claimed by a nascent “militant group affiliated with Al Qaeda, called the Islamic State of Iraq.”

If you think the recent church bombings in Alexandria and Tanta, or the execution and displacement of Christians in the Sinai, mark the beginning of a new ISIS plot to wreak havoc in Egypt by targeting Christians, I beg to differ.

ISIS was at work in Egypt long before their lightning advance on Iraqi cities like Fallujah and Mosul in 2014 and even as they lose ground in Iraq and Syria today they are still at work in Egypt.

Egypt’s Coptic Christians—the region’s largest Christian community— have been the subject of a longstanding and escalating terror campaign in the Middle East.

Following the events of the 2011 revolution, dozens of Christians were killed in sectarian clashes, including some ploughed to death during a demonstration.

In 2013, in the span of 24 hours, 52 churches and several Christian bookshops, business, and homes were damaged or torched. And last year, in one of the most shameful incidents in recent memory, a mob in the province of Minya stripped and beat a 70-year-old Christian woman before parading her naked through the city.

The Copts don’t simply face the threat of terrorists either. They also face varying forms of discrimination and such discrimination often paves the way for extremism.

Copts are treated as second-class-citizens despite that they are as native to the land of the Nile as any other Egyptian people group.  They trace their history 2,000 years back to the Apostle Mark, who tradition says first brought the teachings of Jesus to Egypt, and their ancestral language, Coptic, is still used in church liturgy and prayers and studied to better understand ancient hieroglyphics and Egyptian history.

Though outspoken in its condemnation of the mounting violence, the government has been unable to put a stop to it. Furthermore, in some ways Egypt’s overwhelmingly Muslim parliament and police forces have been complicit in discrimination against Christians. In many cases, the police react so late to known threats that assailants get a free pass to do as they please (the police took two hours to respond after the incident in Minya despite having been warned about threats the day before).

Last year, the Egyptian parliament even passed a new law which allowed permits for constructing or renovating church buildings to be arbitrarily denied. For building a new mosque, all one needs is to comply with standard building regulations.

It’s not just Egypt, either. Northern Nigeria and Pakistan are on similarly perilous paths. In 2016, the killing of Nigerian Christians increased more than 62 percent, and Pakistan was rated as the most violent place for Christians to live.

If the world doesn’t wake up quickly to these threats, the events we witnessed in Iraq will be repeated in countries like Egypt, Nigeria, and Pakistan. In fact, the seeds are already planted, violence is already escalating, and the world isn’t doing enough.

Christians from the free world must put pressure on politicians to act in defense of those who are vulnerable for their faith alone before it’s too late.

Concrete steps, with a long-term vision for the freedom of religion (including conversion) must be taken. Our world leaders need to address the disease of religious intolerance and extremism, not just its symptoms.

The day after the bombings in Alexandria and Tanta, I read this defiant response from a Christian in Egypt: “We love Egypt,” he said. “We will go to churches on Easter and beyond to worship the Name of Jesus.”

How fearless they are! They should not have to be.