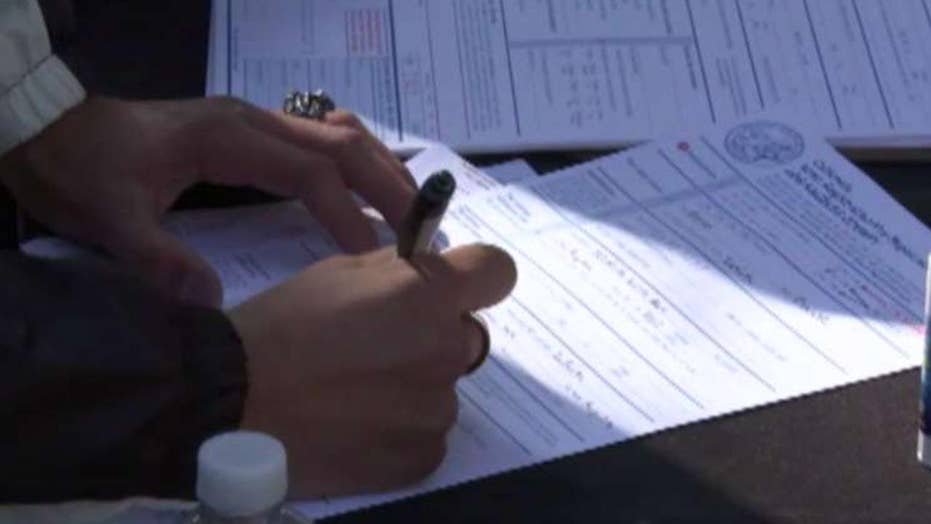 Motivating young voters for the midterms

Both parties are courting the elusive millennial vote.

W.H. Auden described the poet as “before anything else, a person who is passionately in love with language.” I’m no bard, but I share Auden’s love of language and, in particular, its capacity to heal.

My mind is on healing right now for a simple reason. As midterm elections approach, too much charged political speech is ricocheting about our homeland. We seem to relish growing more distant from, as President Lincoln put it, the better angels of our nature. More on him below.

I long to see our language marshaled to the higher purpose of bringing Americans together rather than tearing us apart. Politicians go negative because attack-ads work, but that’s just dodging the issue. Attack-ads work because We the People let them work. In the process, we’ve let our language become weaponized.

President Lincoln’s First Inaugural Address, delivered to a nation more divided than our own, is timeless tonic for troubled times. Recall his close:

“We are not enemies, but friends. We must not be enemies. Though passion may have strained it must not break our bonds of affection. The mystic chords of memory, stretching from every battlefield and patriot grave to every living heart and hearthstone all over this broad land, will yet swell the chorus of the Union, when again touched, as surely they will be, by the better angels of our nature.”

It would be great to hear soaring rhetoric like that again from our national leaders, but here’s what I’ve figured out: It will not do to wait around for it. We everyday citizens must reclaim our language. We can choose words and phrases in our daily interactions that speak not to our outward differences, but our common humanity.

This isn’t to say we must remain silent until we have words worthy of Lincoln. I simply mean going into November we must remember - as Lincoln did when it was eminently harder to do so  - that far more unites us Americans than divides us.

But how shall we do this? What do I in Charlotte, North Carolina have in common with someone in Berkeley, California? Simple, a love of laughter. The world can never have enough laughter, and not the mean-spirited kind. The kind that brings A and B closer together, but not at C’s expense. Who doesn’t want more of those laughs? They’re as natural as sneezing, and less messy.

With this mirthful goal in mind – a redeployment of language to joyous ends - consider the simile. What literary technique can hold a candle to this wonderful device? Onomatopoeia? Pshaw. How often do you really use that? Anagrams? They’re useful for Dan Brown novels, but little else. Alliteration? More decadent than deft.

No, it’s the simile that is primus inter pares. Properly employed, similes turn complex ideas into simple visuals, words into imagery. Improperly employed, they still lead to hours of blithe conversation. Bildungsroman? We probably spent too much time on that in school, but similes? Worth every joyful minute.

I’ll let others praise the abrupt metaphor, that linguistic bull in a china shop. As a midwife assists in childbirth, so a simile gracefully begets artful phrasing. Why, similes so beguile me that they spill out of my pockets, like so many red poppies. I share some here, hopeful that even stripped of context, they bring you joy.

Did these similes inspire you, like Lincoln’s First Inaugural? No, probably not. But did they make you smile, or better yet, remind you of the healing power of language? Like an unprepared middle-schooler counting on a snow day, I hope so.